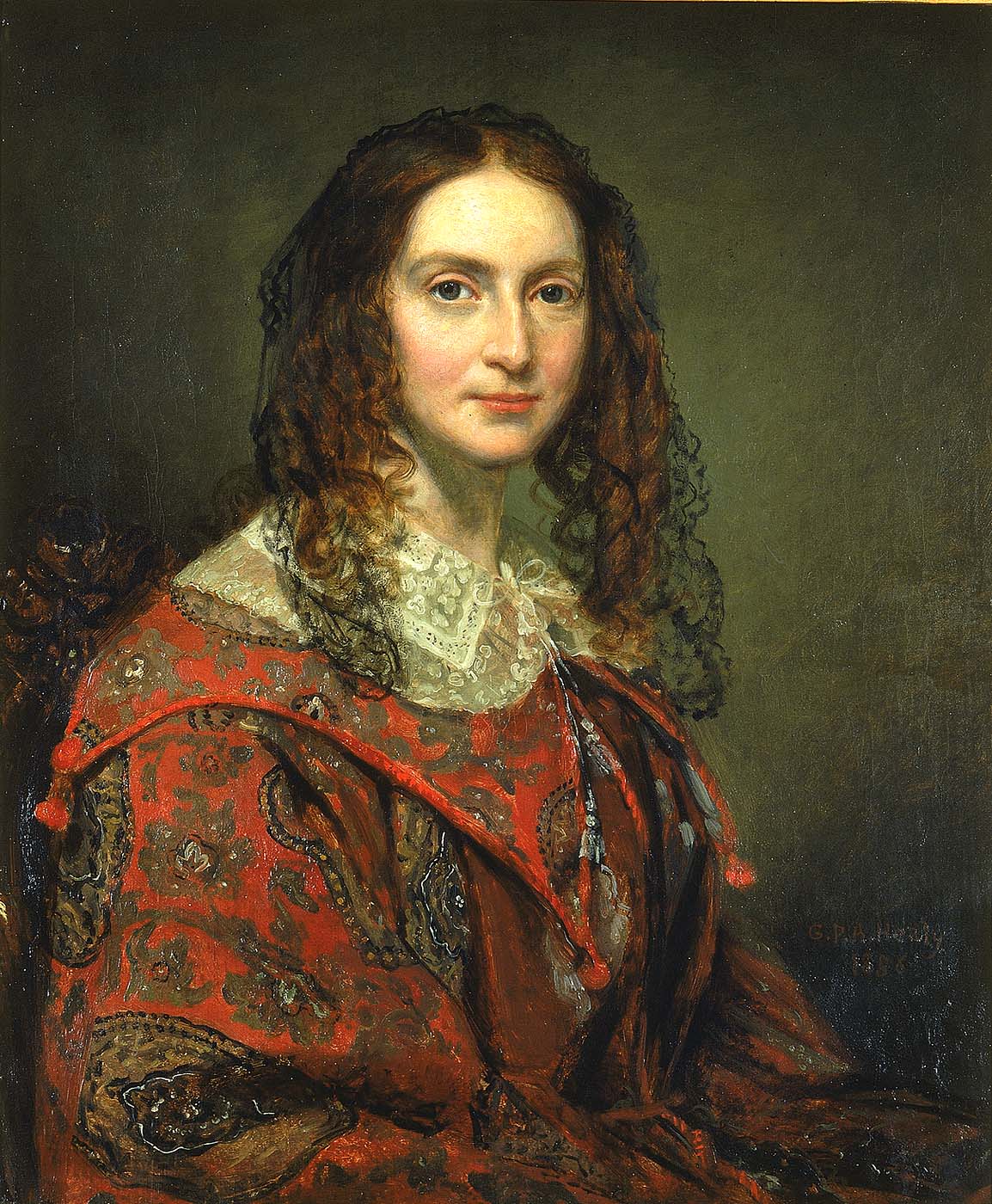 Miss Byrd Page married Thomas B. Bryan in 1851, and they were quite a social match. She was from an old Virginia family, he was an important businessman and civic leader in Chicago, where he practiced law, invested in real estate, and eventually lobbied for the World’s Columbian Exposition of 1893. The Bryans and George Peter Alexander Healy were good friends. Healy painted Mrs. Bryan in what appears to be a morning robe, her hair hanging casually under a black lace veil. Her expression conveys the lively and confident personality of a woman comfortable in her world.

In 1898 the Chicago Daily Tribune noted in her obituary her popularity and appeal: She had been “the belle of Washington for several seasons, and was renowned for her great beauty.” Healy had moved to Chicago the year before he made this portrait.