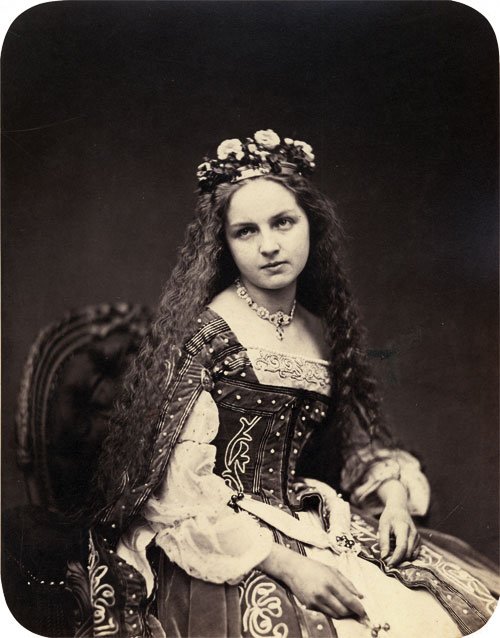 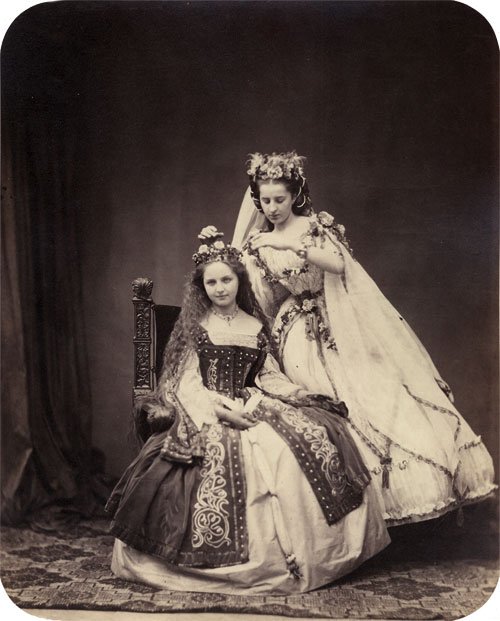 Portraits of Participants of the ‘Märchenball’ von “Jung-München” in Costume, 1862. 27 albumen prints with rounded corners, 7 cartes-de-visite and 3 albumen reproductions of paintings and a lithograph. Various sizes between circa 25 x 19 cm, 27 x 41 cm and cartes-de-viste format. Flush-mounted to original boards (slightly soiled), annotated in black ink with the names of the sitters and title Märchenball von “Jung-München” 1862, facsimile stamp Theodor Pixis and stamp MKG (Münchener Künstler Genossenschaft) as well as annotated in pencil and ink on the mounts, some with collection stamp on mount verso.

Franz Hanfstaengl was the main photographer to document the many artist balls held in Munich in the nineteenth century. Such balls had a specific theme such as the Dürerfest in 1846, the Blumenfest in 1852 and the Rubensfest in 1857. This very rare collection documents the Märchenball which was held on February 15, 1862 in Munich by “Jung-München”, one of the three great artists societies in Munich in the nineteenth century. One of the photographs, a reproduction of a watercolor by Eugen Klimsch, shows the society’s meeting place in the Kapplerbräu. These twenty-seven photographs were most probably taken in Hanfstaengl’s studio, Schützenstr. 4, which he then sold in 1863 to move into his more representative rooms in the prestigious Maximilianstr. The lot is accompanied with a more detailed list of the artists depicted. – Several with slight traces of surface abrasions and/or retouched spots, most in very good, almost excellent condition and with rich dark violet-brown tones. Provenance: From an Important German Collection, in the Family’s Possession for over Fifty Years. 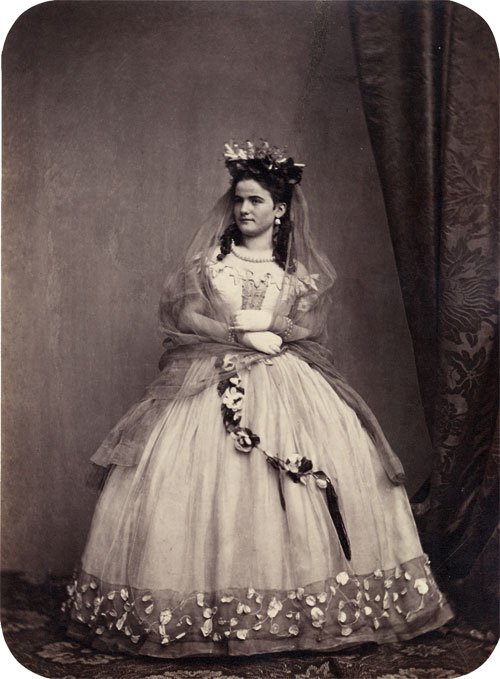 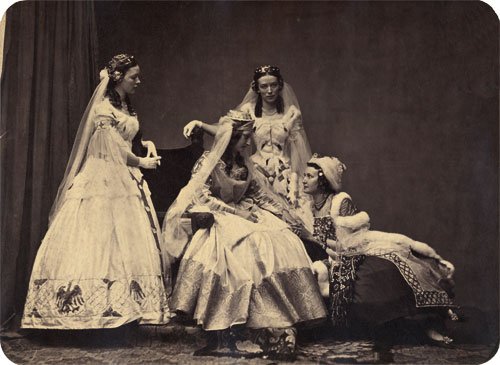 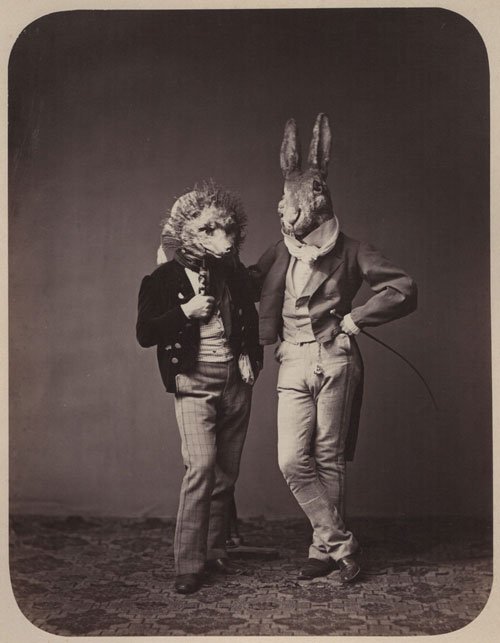 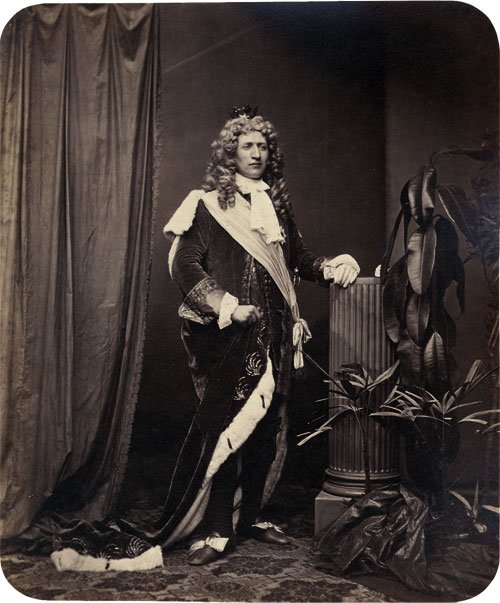