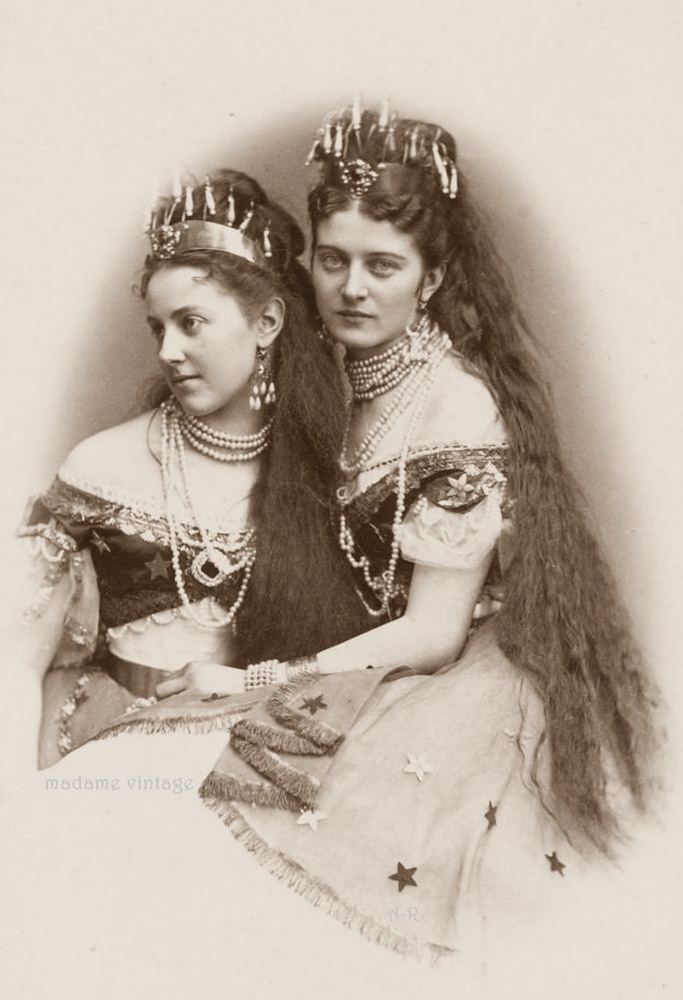 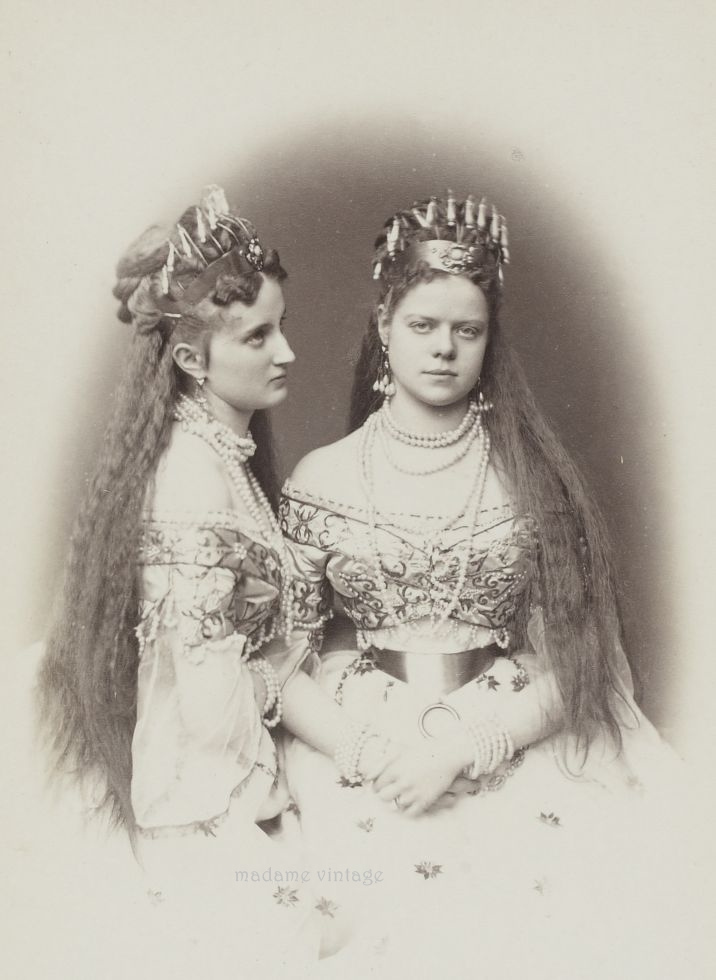 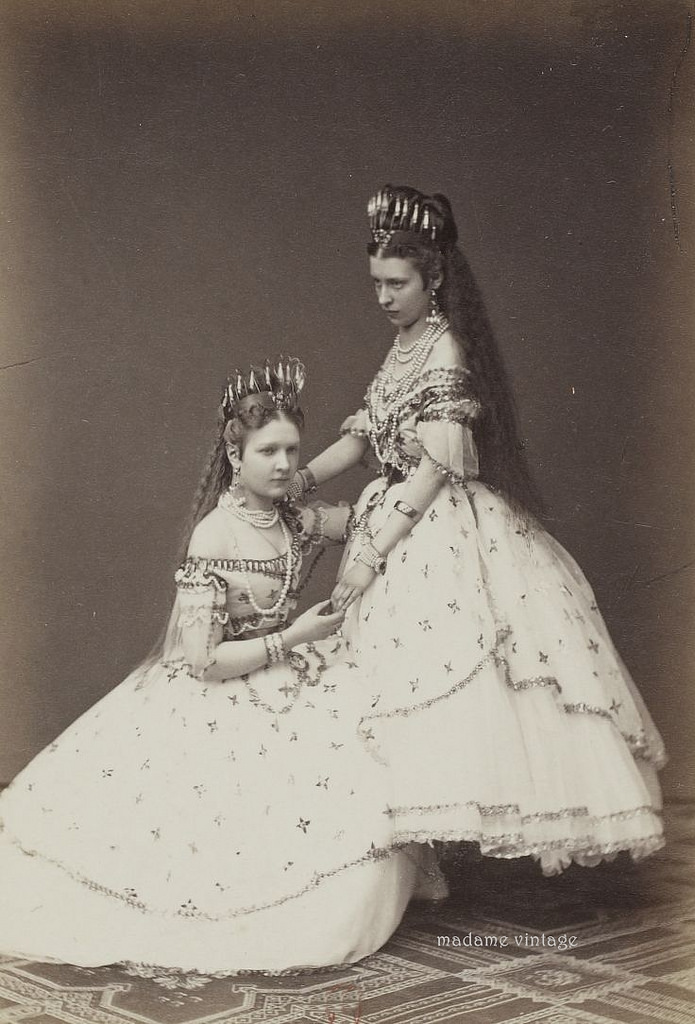 The photo below shows the same costume, but worn slightly differently (see the necklaces): 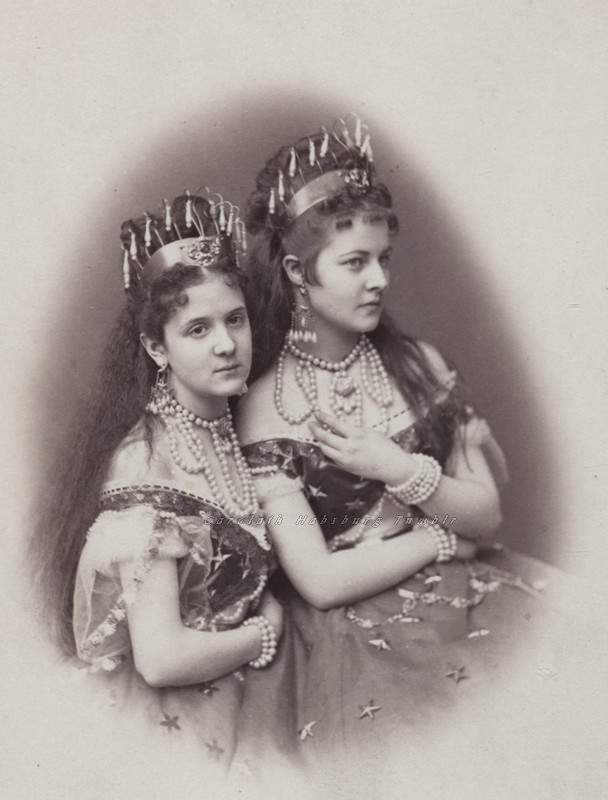 The website where I found this image identified the women on the picture as Princess Ernestine Pallavicini (right) and company. I’m not sure who is who though…if you look closely the costumes and the jewellery is slightly different on the various photos. The women on the above photo might be Josephine & Ernestine Pallavicini? Ernestine’s mother was Princess Karoline of Erdödy. That might be a relative of Johanna Erdödy. Were they cousins? Countess Ernestina Pallavicini was also known as Countess Sigismund von Berchem (1849-1942) after her marriage. She was also known as Nesty Pallavicini.