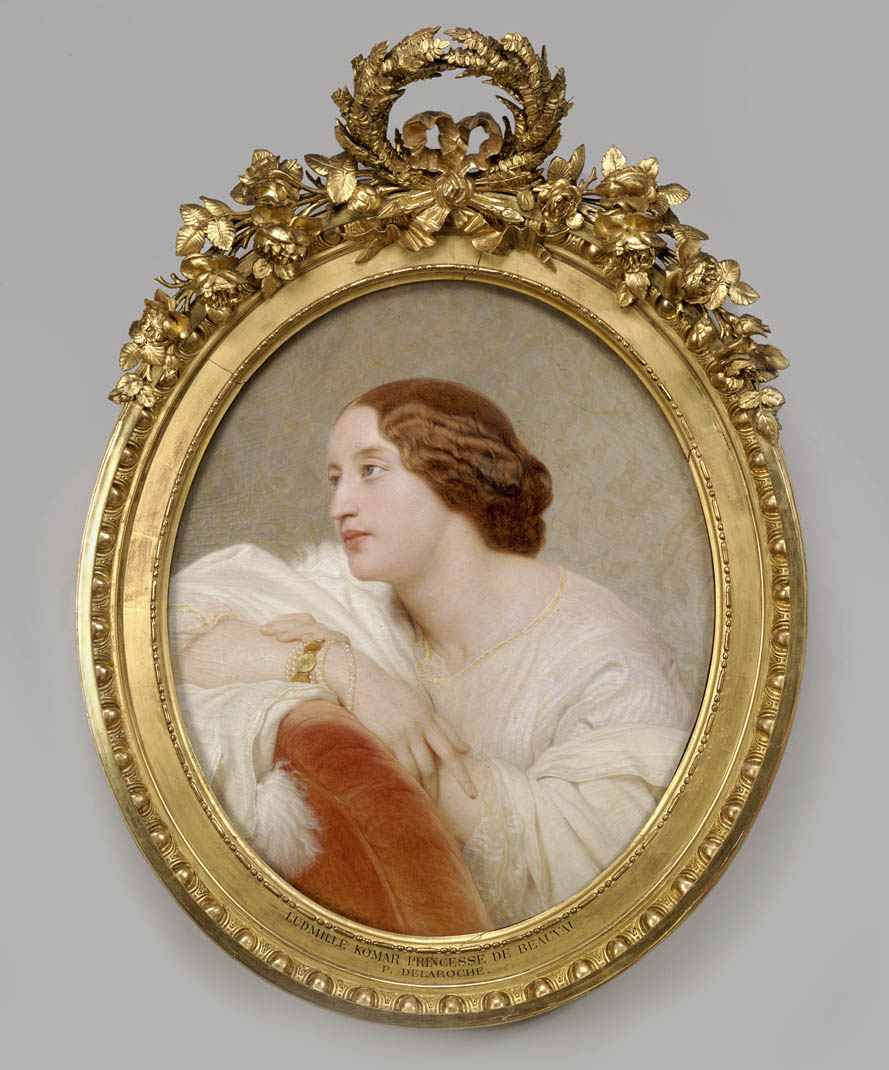 To the amiable Princess de Beauvau Chopin dedicated his famous Polonaise in F sharp minor, op.44, written in the brilliant bravura style for pianists of the first force.

During his lifetime Delaroche was as famous as his contemporary Delacroix. His style lies somewhere between historical realism and Romanticism, embodying that golden mean of aesthetics. At thirty-five, he was elected to the Institut, becoming its youngest member and its first Romantic artist. When not travelling, he stayed in Nice, where his circle of friends included the Princess of Beauvau-Craon.

This noblewoman of Polish birth and her sister Delphine played a leading role in the intellectual and fashionable life of Paris. Both adored reading, music (they were very close to Chopin) and painting. It was out of affection that the artist painted oval portraits of them (the other is in a private collection in the United Kingdom). The princess’s poetic, rather languid is exemplarily Romantic. In its frame of twined roses and sentimental pose, this canvas belongs among the few and outstanding portraits painted by Delaroche. There is another painting of Ludmila, see this link here. 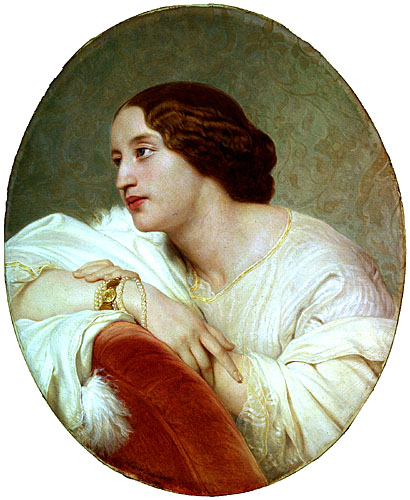