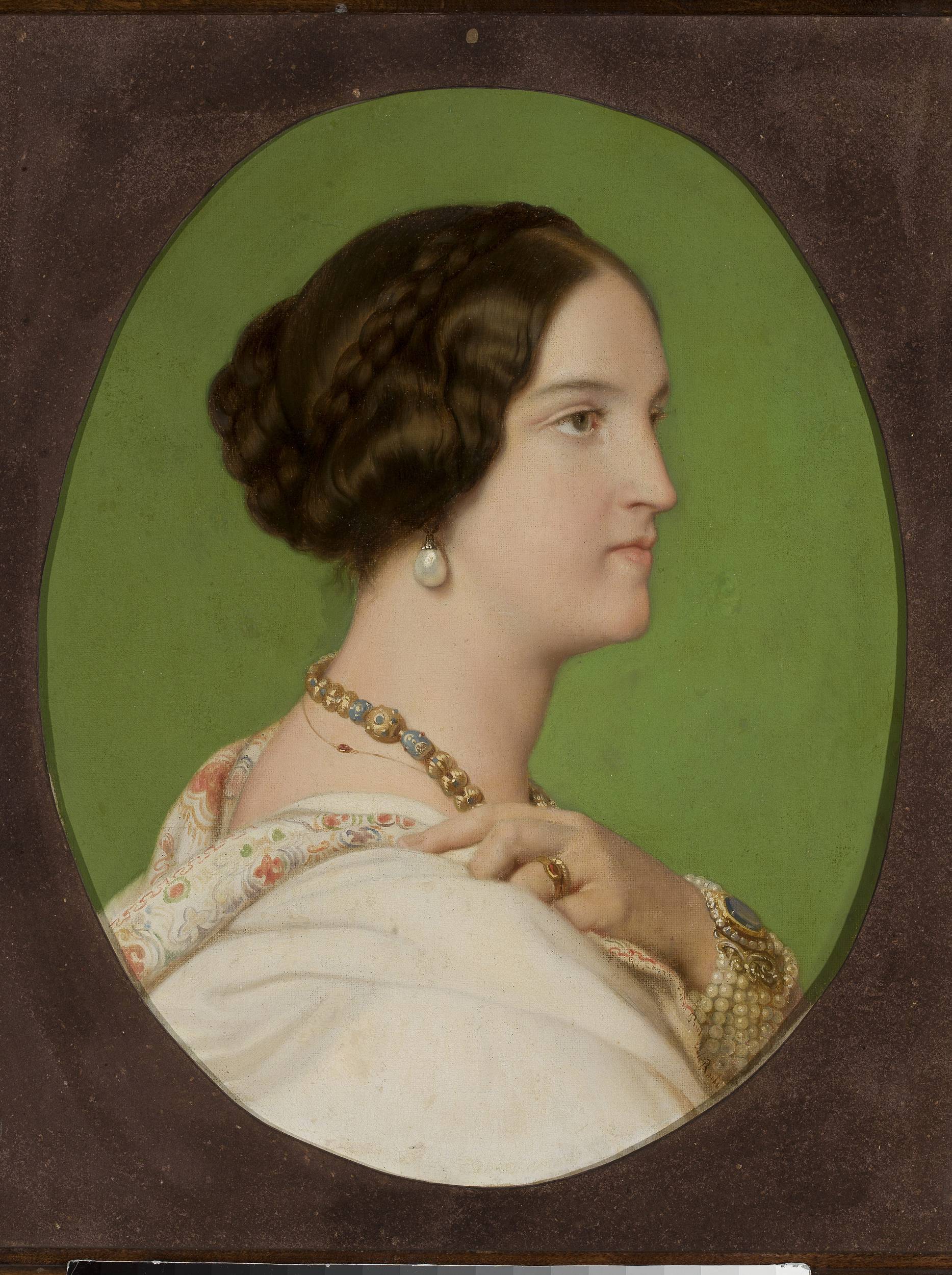 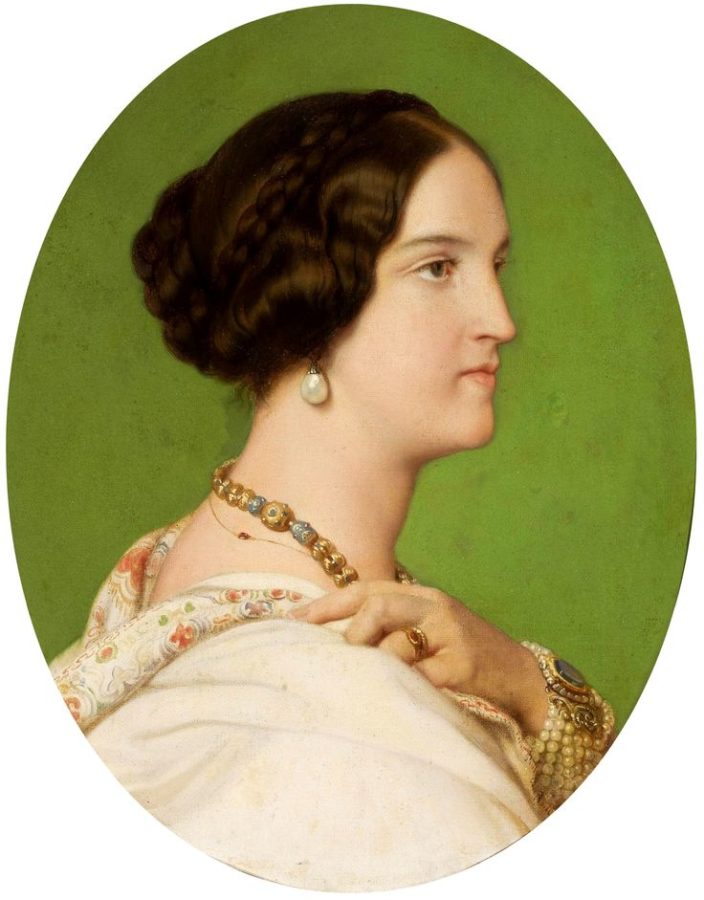 Delfina Potocka (1807-1877, née Komar) was born into a wealthy noble family holding extensive goods in Podolia and Ukraine and villas in Nice and Naples. In 1825, she married Mieczyslaw Potocki, the owner of a great fortune, the son of Szczesny, one of the main authors of the Confederation of Targowica. The marriage was unsuccessful and in 1830 Delfina first went to Dresden, where they were visited by Chopin, and then settled in Paris. Here she led the high life in the international high society, endowed with a beautiful voice. In 1838 she met Zygmunt Krasinski, an outstanding Polish poet. She became his true muse, the heroine of the poem “Daybreak” and the addressee of approximately five thousand letters. Potocka was a member of the Academy of St. Cecilia in Rome, Chopin immensely liked to listen to her singing, he preferred that she, and not the professional prima donna, performed his songs. Potocka met Paul Delaroche in 1849, probably in Nice, where the artist bought a villa adjacent to her estate.

Delfina Potocka, née Komar (March 1807 – 2 April 1877), a Polish countess, was a friend and muse to Polish expatriate artists Frédéric Chopin and Zygmunt Krasiński. She was noted for her beauty, intellect and artistic gifts. In her youth she was a piano student of Chopin’s.

Delfina Potocka was born in Murowane Kuryłowce, Podolia (now Murovani Kurylivtsi, Murovani Kurylivtsi Raion, Vinnytsia oblast, Ukraine) in March 1807. She was the daughter of Stanisław Komar and Honorata Orłowska. In 1825 she married Count Mieczysław Potocki (thereby becoming a countess), with whom she had two daughters. Unhappy in her married life, she eventually divorced Potocki.

After parting with her husband, Potocka went abroad, where she maintained close contacts with Chopin and with the Polish Romantic poet Count Zygmunt Krasiński. Chopin wrote to a friend in Paris in November 1831 “Yesterday I had dinner at the home of Mrs Potocka, that pretty wife of Mieczysław“; she studied piano with him and the friendship continued throughout Chopin’s life; two days before his death in 1849 she sang to him at his request an aria from the Dettingen Te Deum of Handel. However, the supposed erotic correspondence between Chopin and Potocka, which Paulina Czernicka claimed to have discovered in Poland in the 1940s, has been proved to be a forgery.

Potocka met Krasiński in Naples, Italy, on 24 December 1838 and soon became his beloved confidante, to whom he revealed his innermost thoughts, and for whom he wrote “Sen Cezary” (“Cezara’s Dream,” published 1840) and the Messianic poem “Przedświt” (“Dawn’s Approach,” published 1843). Potocka was the great love of Krasiński’s life and fully reciprocated his feelings. Their romance lasted to 1846, after which she remained his friend and muse. (In July 1843, Krasiński had married Countess Eliza Branicka.)

Potocka’s friendships with Chopin and Krasiński are recorded in works that the two artists created in her honor, including poems by Krasiński and Chopin’s Waltz in D-flat major, Op. 64—the so-called “Minute Waltz.”

Potocka died in Paris, France on 2 April 1877 and is buried at Paris’s Montmorency Cemetery.

Her sister is Ludmila Komar, who was also painted by Delaroche the same year, see my other post here.