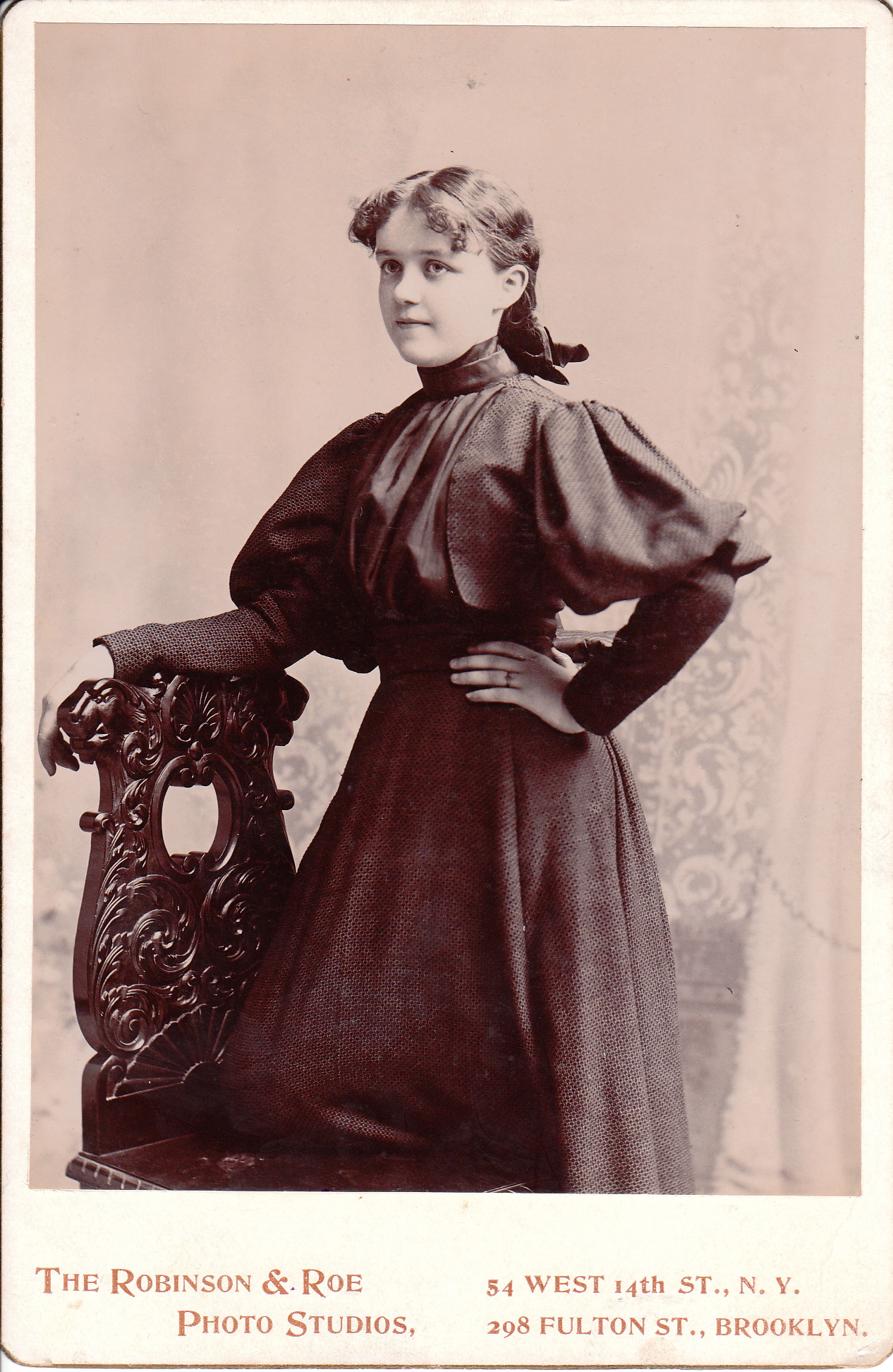 The following letter in inscribed on the reverse of this cabinet card. “Dear Friends, This picture I send as a token to remember the good times we had and hoping to see you all again if not in this world then in the next. From a true friend, Lizzie   This day November 4/1897”. This is a sweet letter from a girl who appears to be in her teenage years. The photographer of this cabinet card is The Robinson & Roe Photo Studios, in  New York City. The studio had operations in both Manhattan and Brooklyn. They also operated a studio in Chicago, Illinois. They were prominent photographers in the 1880’s and 1890’s. The pair of photographers are known for their photographs of Inuits from Labrador that were produced during the Worlds Columbian Exposition in Chicago (1893). The Inuits were part of the Eskimo Village exhibition.