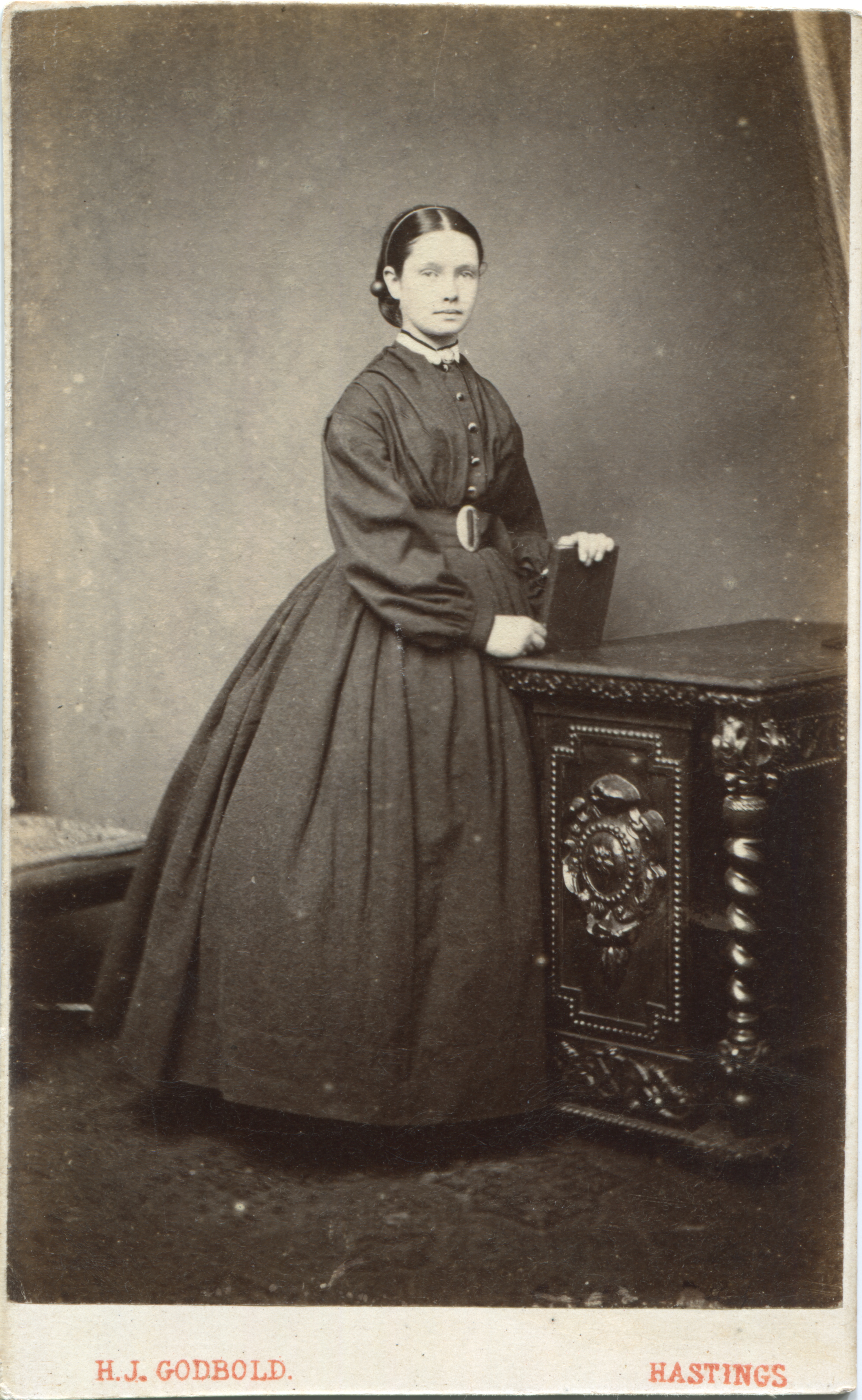 Henry James Godbold was born in Islington in North London on 14th May 1842, the son of  Lucy Eyles and John Godbold, a “Broker’s Agent”. On 6th May 1864, at Christ Church, Highbury, Henry James Godbold married Emma Matilda Cross (born 1838, Clerkenwell, London), the daughter of Hugh McIntosh Cross, a London bookseller. At the time of his marriage, Henry Godbold was employed by The London School of Photography, a large and successful firm of portrait photographers.

By the Summer of 1865, Henry Godbold and his wife were living in Hastings. Around the time of his marriage to Emma Cross, Henry Godbold took over an established photographic studio at No. 2 Robertson Street, Hastings. (The photographic studio of  H. J. Godbold at 2 Robertson Street is listed in R. Simpson & Co.’s Hastings & St Leonards Directory of 1865 ). By September 1866, Henry Godbold had formed the firm of Godbold & Coand was operating a branch studio at the business premises of Edwin Whiteman (1834-1876), a bookseller who ran Whiteman’s Library at 52 High Street, Hastings.

The arrangement whereby a photographer from Godbold & Co. took photographic portraits at Whiteman’s Library lasted until the early summer of 1868. From the middle of 1868 to 1869, Henry Godbold operated solely from his original studio at 2 Robertson Street, Hastings. In addition to cartes-de-visite and cabinet photographic portraits, Godbold produced stereoscopic and album views of Hastings, St. Leonards-on-Sea, and the surrounding neighbourhood. Henry Godbold also took his camera to special outdoor events, making a pictorial record of public meetings, sporting events and civic celebrations (e.g. political hustings held in Hastings during the General Election of 1865, prize giving at a meeting of the Society of St Leonards Archers during the Summer of 1865).

In 1869, Henry J. Godbold closed his studio in Robertson Street and moved into Charles Newcombe‘s former studio at 22 White Rock Place, which had recently been vacated by Henry Ashdown. The studio at 22 White Rock Place was well situated on the seafront near Hastings Pier. In 1870, Henry Godbold decided to vacate his White Rock studio and move further along the coast to the neighbouring seaside resort of St. Leonards-on-Sea.

By 1903, Henry James Godbold had closed his studio in Hastings and had moved to London. Henry J. Godbold and his son Arthur Douglas Godbold entered into a business partnership and opened a photographic portrait studio at 74 Baker Street, London under the name of Henry James Godbold & Son. Father and son worked alongside each other for only a brief period, because Henry Godbold, who had celebrated his sixtieth birthday in May 1902, retired from the business the following year.

Henry James Godbold died in the Amesbury district of Wiltshire in 1927, at the age of 86.