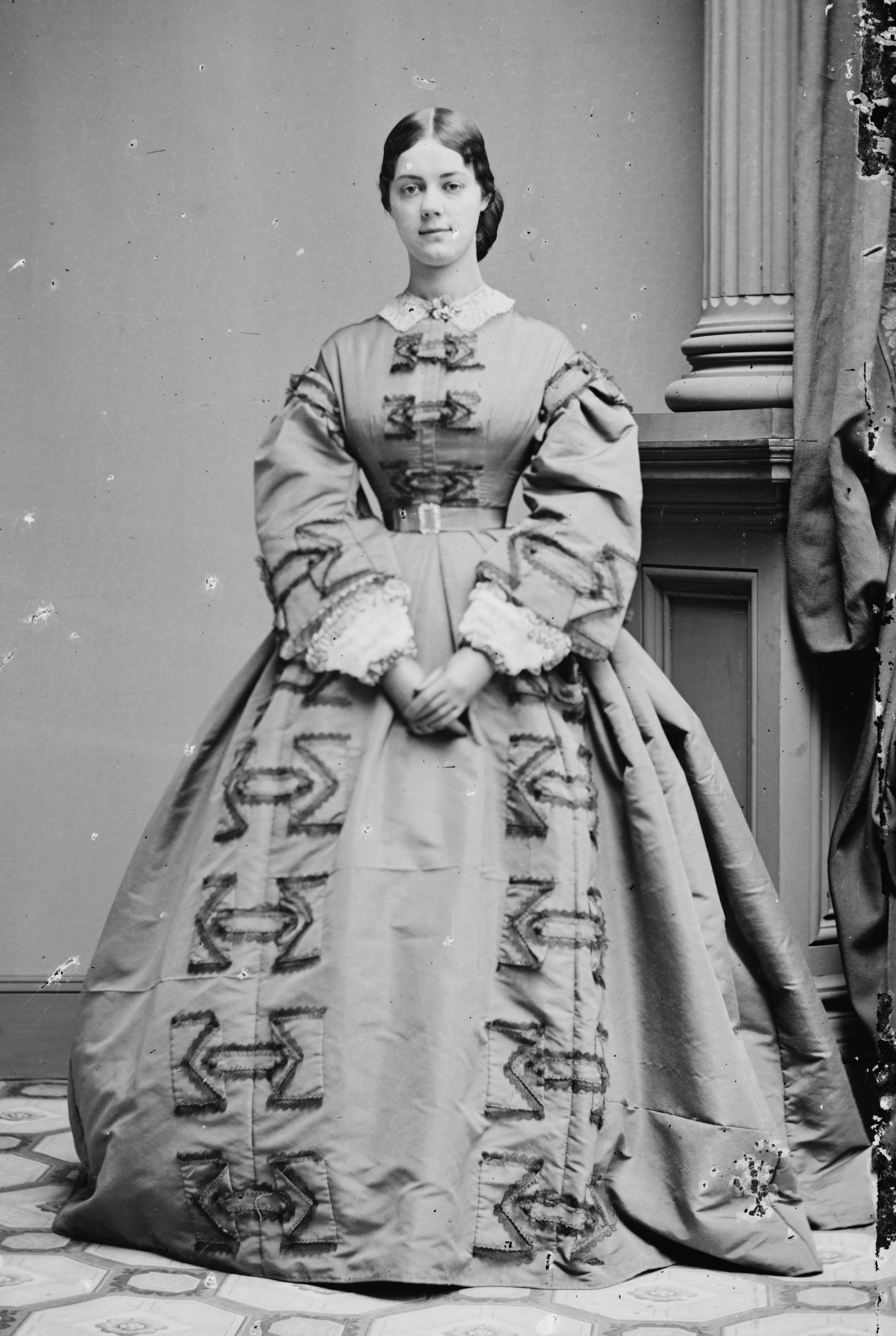 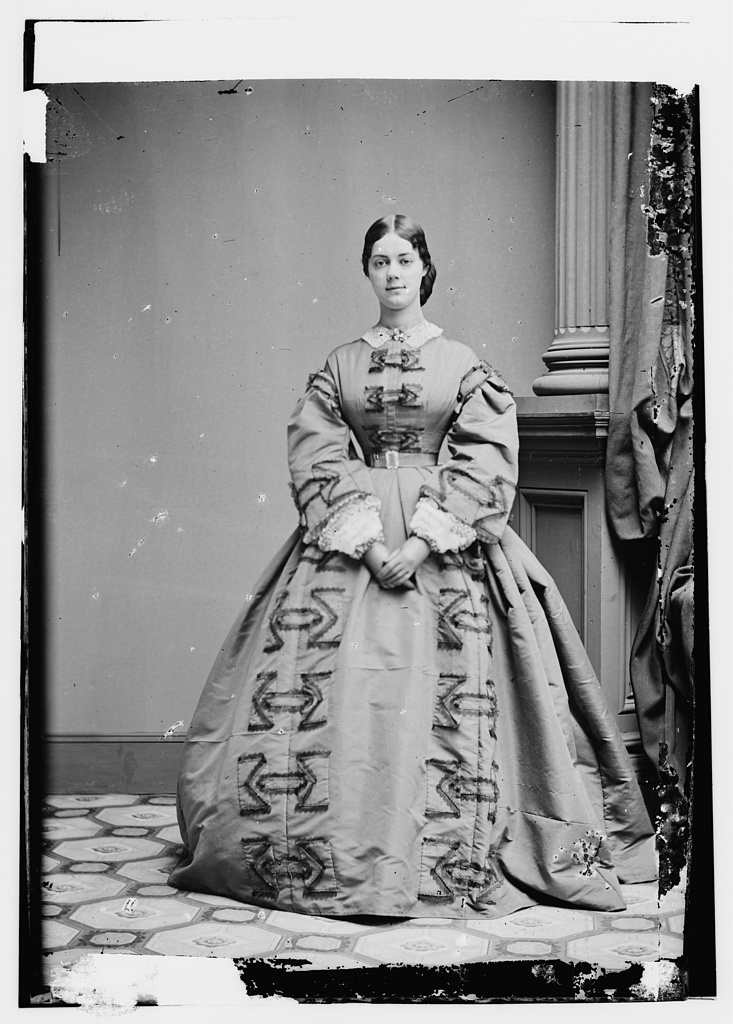 She was the daughter of Ohio politician Salmon P. Chase, who served as Treasury Secretary during President Abraham Lincoln’s first administration and later Chief Justice of the United States. She was a strong supporter of her widowed father’s presidential ambitions which, had he been successful, would have made her First Lady.

Kate Chase was educated at the Haines School in New York City, where she learned languages, elocution and the social graces along with music and history. After nine years of schooling, she returned to Columbus, Ohio, to serve as official hostess for her father, the newly elected Governor of Ohio, and by now widowed a third time. Beautiful and intelligent, Kate impressed such friends of her father as Charles Sumner, a Massachusetts senator and fellow anti-slavery champion; future President James Garfield; and Carl Schurz, a German-born American politician, who described her as follows:

“She was about eighteen years old, tall and slender and exceedingly well formed. . . . Her little nose, somewhat audaciously tipped up, could perhaps not have passed muster with a severe critic, but it fitted pleasingly into her face with its large, languid, but at the same time vivacious hazel eyes, shaded by long dark lashes and arched over by proud eyebrows. The fine forehead was framed in waving, gold-brown hair. She had something imperial in the pose of the head, and all her movements possessed an exquisite natural charm. No wonder that she came to be admired as a great beauty and broke many hearts. After the usual commonplaces, the conversation at the breakfast table, in which Miss Kate took a lively and remarkably intelligent part, soon turned itself upon politics.”

She married Rhode Island Governor William Sprague, a textile magnate, in 1863. The wedding occurred on November 12, 1863, at Chase’s home in Washington, and was the social event of the season. Sprague’s wedding gift to her was a tiara of matched pearls and diamonds that cost more than $50,000. As the bride entered the room, the U.S. Marine Band played “The Kate Chase March” that composer Thomas Mark Clark had written for the occasion. President Lincoln attended the reception, but his wife, who strongly disliked both of the Chases, did not.

They had four children: William (b. 1865), Ethel (b. 1869), Catherine (b. 1872) and Portia (b. 1873). Sprague had problems with alcohol, had affairs with other women, and lost huge sums of money in poorly conceived business ventures. Some evidence suggests that he engaged in illegal cotton trading during the war.

The marriage ended in divorce in 1882. Before the divorce, Kate was accused of having an affair with the flamboyant and powerful New York Senator Roscoe Conkling. According to a well-known story, buttressed by contemporaneous press reports, Sprague confronted the philandering couple at Sprague’s Rhode Island summer home and pursued Conkling with a shotgun and threatened to throw Kate out of a second story window. The shotgun incident with Conkling happened in 1879, but Kate was suspected of infidelities at least 10 years earlier. According to Salmon Chase biographer John Niven, “Whether [Kate’s second] child…was Sprague’s or had been conceived by another is a matter of speculation.”

Willie Sprague continued to live with his father, while the daughters went with Kate Chase, who took back her maiden name after the divorce. Willie died at age 26 in a Seattle boarding house. He had already been through one marriage and divorce. His wife gave birth to a child of questionable lineage only six months after they were married.

In 1873, following her father’s death, Kate moved onto the “Edgewood” estate, which later became the neighborhood of Edgewood, Washington, D.C.; her father had purchased the bulk of the estate in 1863 and constructed a mansion on it. She lived a very quiet life with her three daughters (according to the 1880 federal census), Ethel, Kitty, and Portia Sprague. After her son Willie committed suicide in 1890, at the age of 25, Kate became a recluse. She died in poverty in 1899, at age 58, of Bright’s disease and was buried at Spring Grove Cemetery in Cincinnati, Ohio.