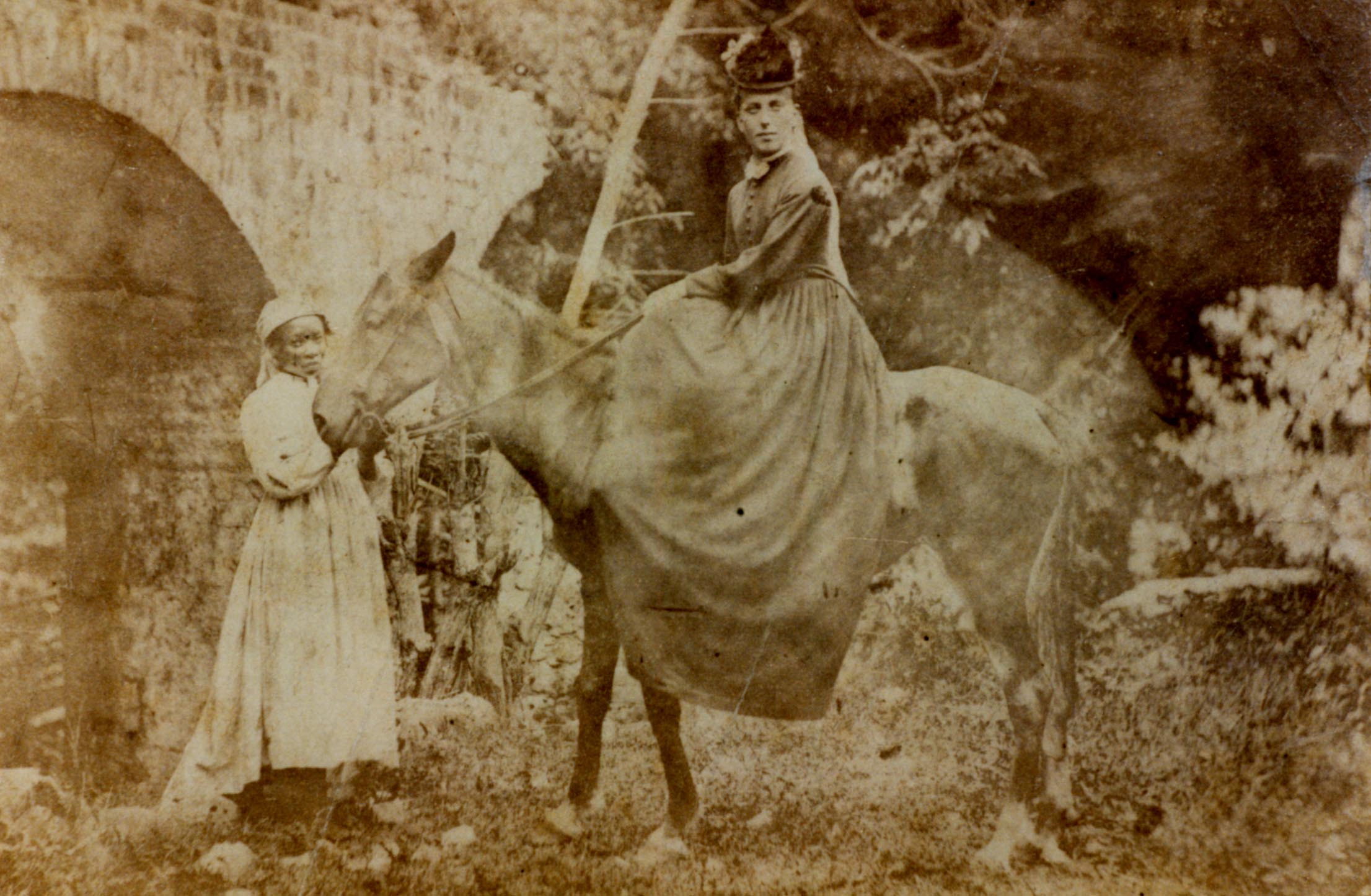 A photograph probably taken by William Knibb Blomfield when he visited Jamaica in the early 1870s. The woman on horseback is William’s sister Barbara Mary Blomfield (1848-1931). In the early 1840s, Henry and Elizabeth Blomfield, William and Barbara’s parents, worked in Jamaica as Baptist missionary teachers and William Knibb Blomfield himself was born on the island in 1842. Henry Blomfield and his family returned to England in 1847 but, presumably, the Blomfields kept in touch with their Baptist colleagues and friends who remained on the island. William Knibb Blomfield became seriously ill in the 1870s and made one last trip to Jamaica before returning to England, where he died of  consumption in 1878, aged thirty-five.