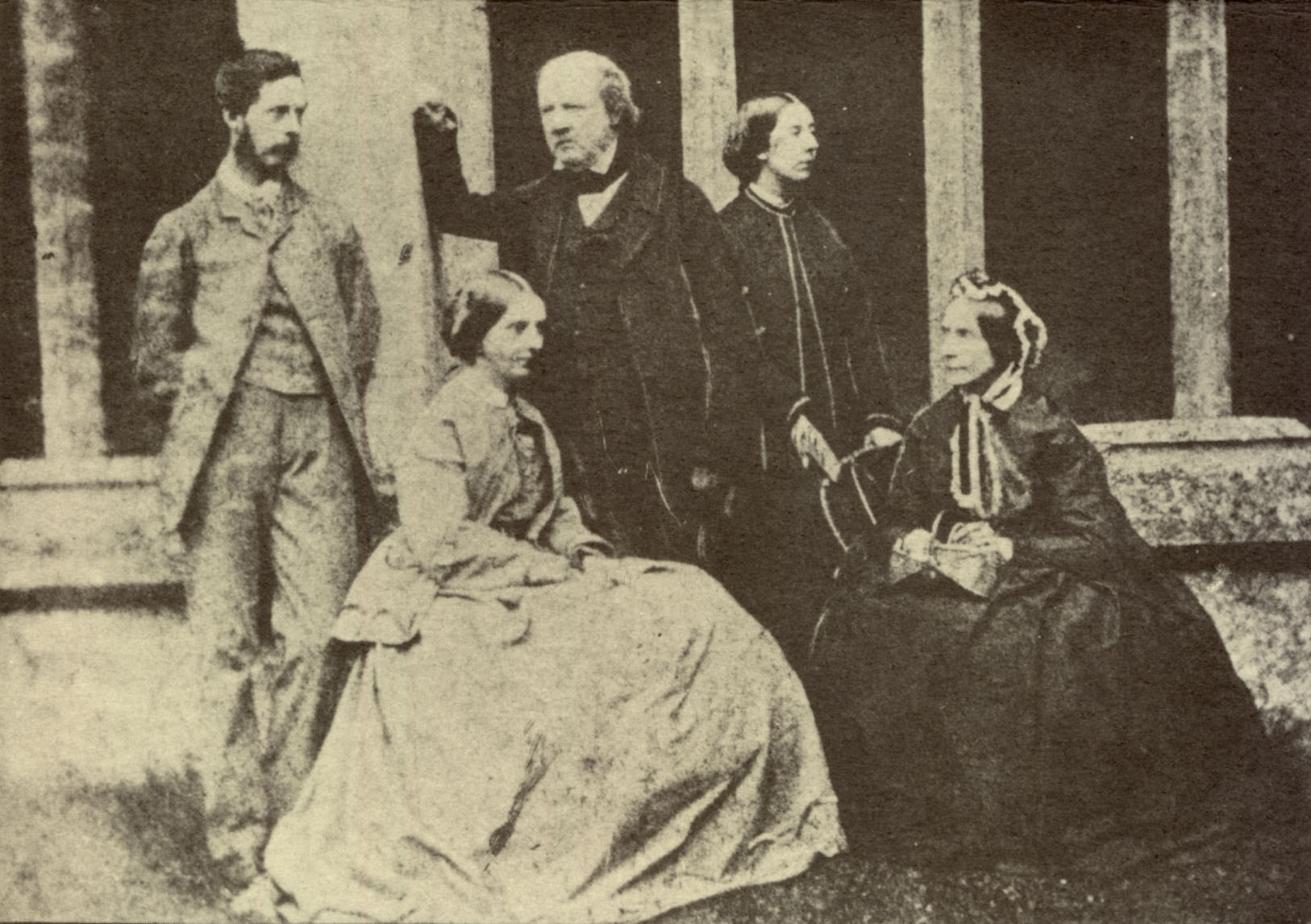 A group portrait of the pioneer photographer William Henry Fox Talbot and his family outside Lacock Abbey, photographed by John Henry Blomfield around 1872. William  Henry Fox Talbot (1800-1877) stands in the centre with his arm against a pillar and his wife Constance Talbot (1811-1880) is seated on the right. The other seated woman, in the light coloured dress, is Henry’s daughter Rosamond (1837-1906). Henry’s daughter Ela Theresa (1835-1893) stands on the right and his only son Charles Henry Talbot (1842-1916) leans against the pillar on the left. John Blomfield took this picture during his “travelling photographer” days in the early 1870s.