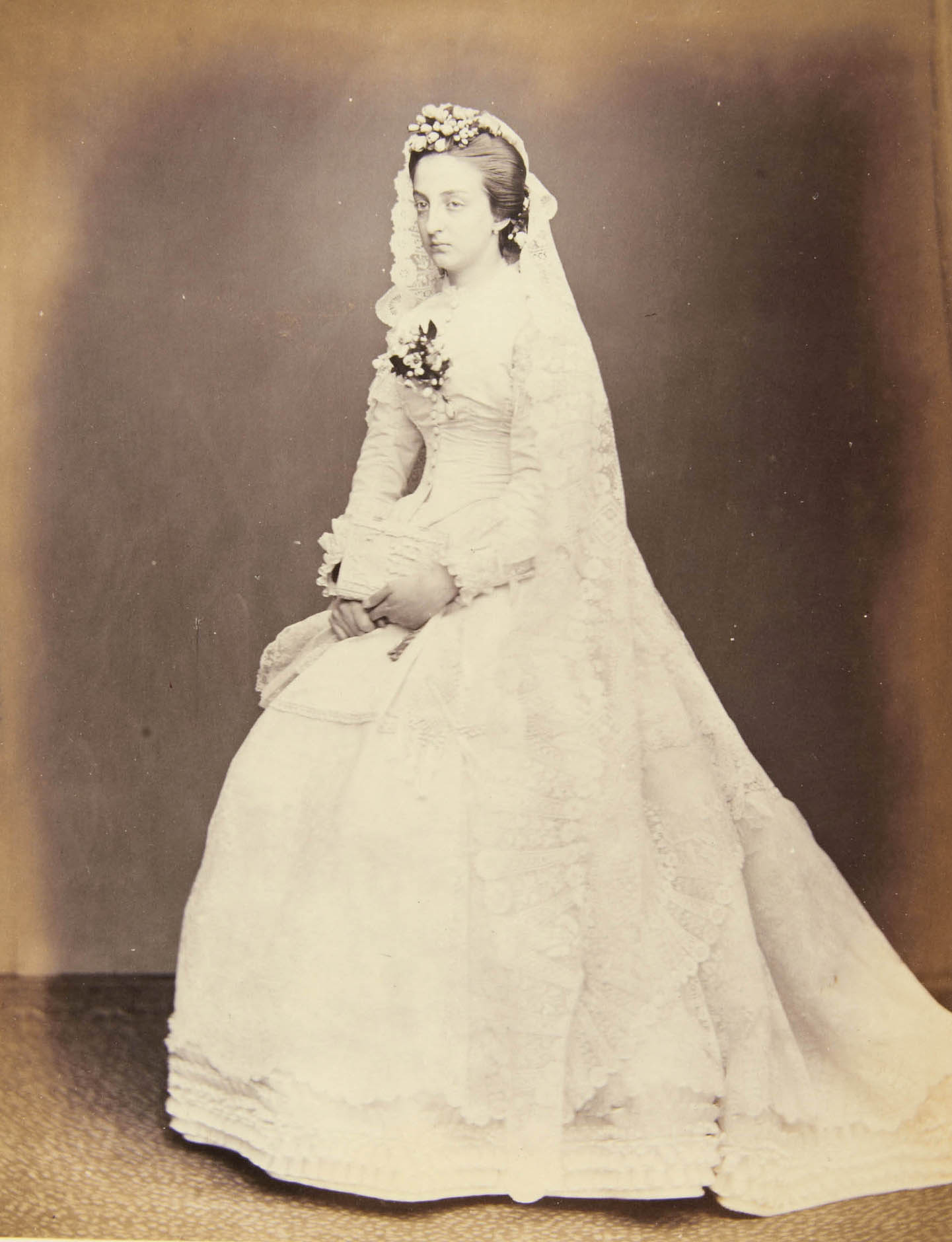 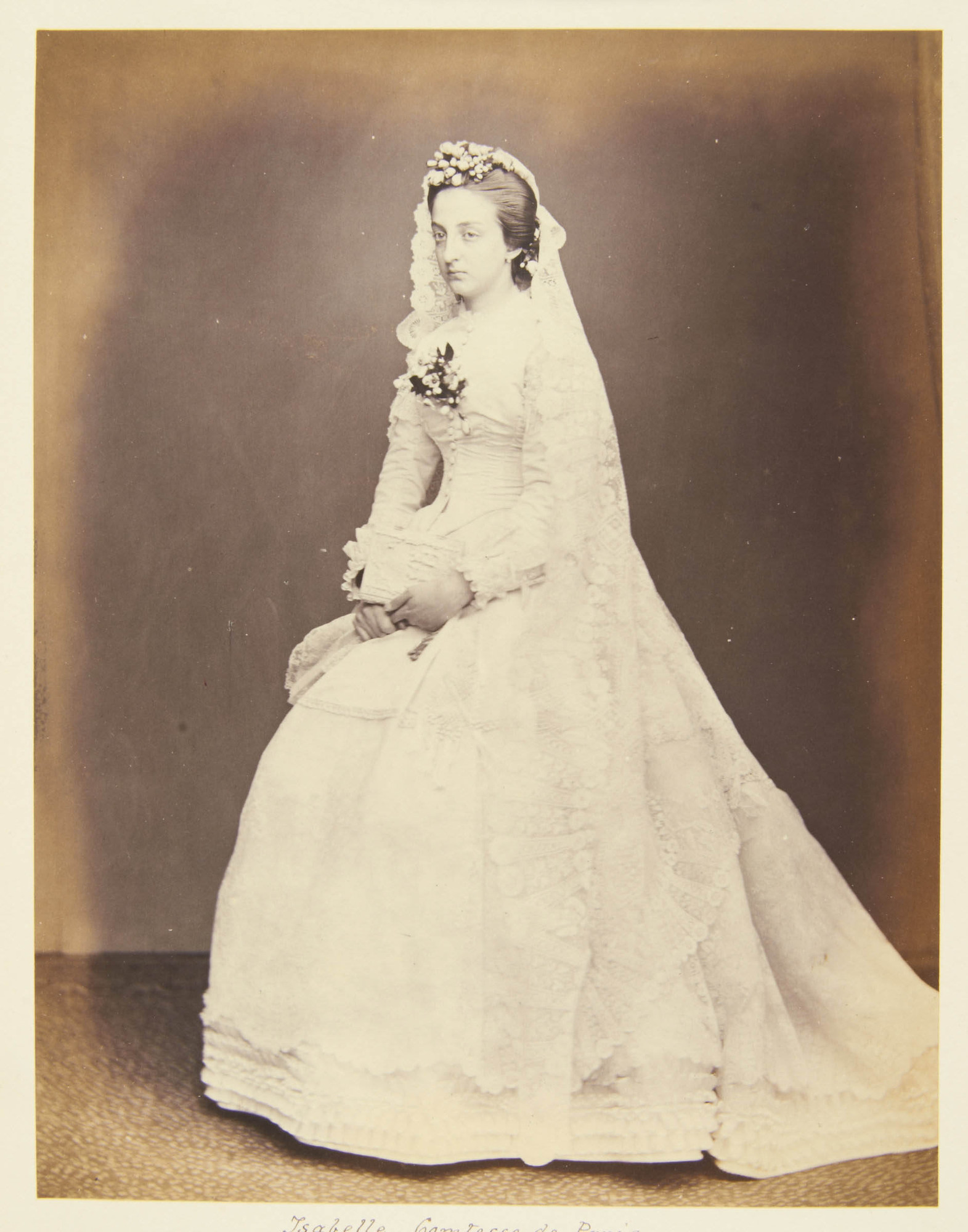 Princess Marie Isabelle of Orleans in her wedding dress, May 1864

On 30 May 1864, she married her cousin Philippe d’Orléans, claimant to the French throne as Philippe VII. They had eight children.

Forced to leave France, Marie Isabelle and her husband first lived in England, where her father Louis-Philippe I had lived after his abdication in 1848. In 1871 they were allowed to return to France, where they lived in the Hôtel Matignon in Paris and in the château d’Eu in Normandy.

In 1886, they were forced to leave France for a second time. In 1894, her husband died in exile at Stowe House in Buckinghamshire. Marie Isabelle lived in the Randan château in France, and died in 1919 at her palace in Villamanrique de la Condesa, near Seville. 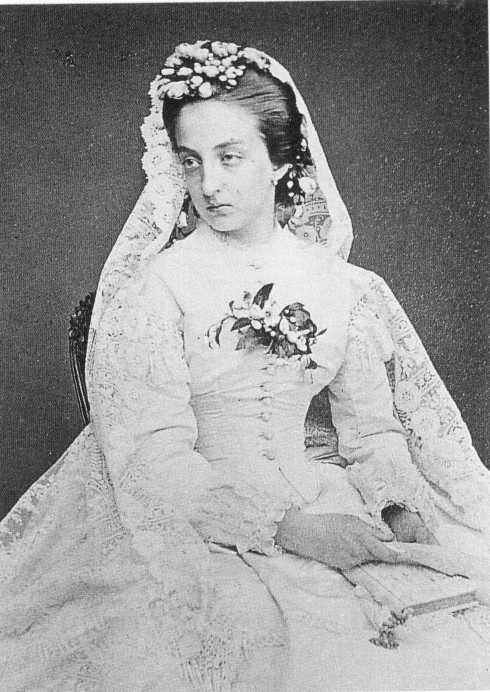 source: The Lost Gallery on Flickr, the Royal Collection, WikiCommons