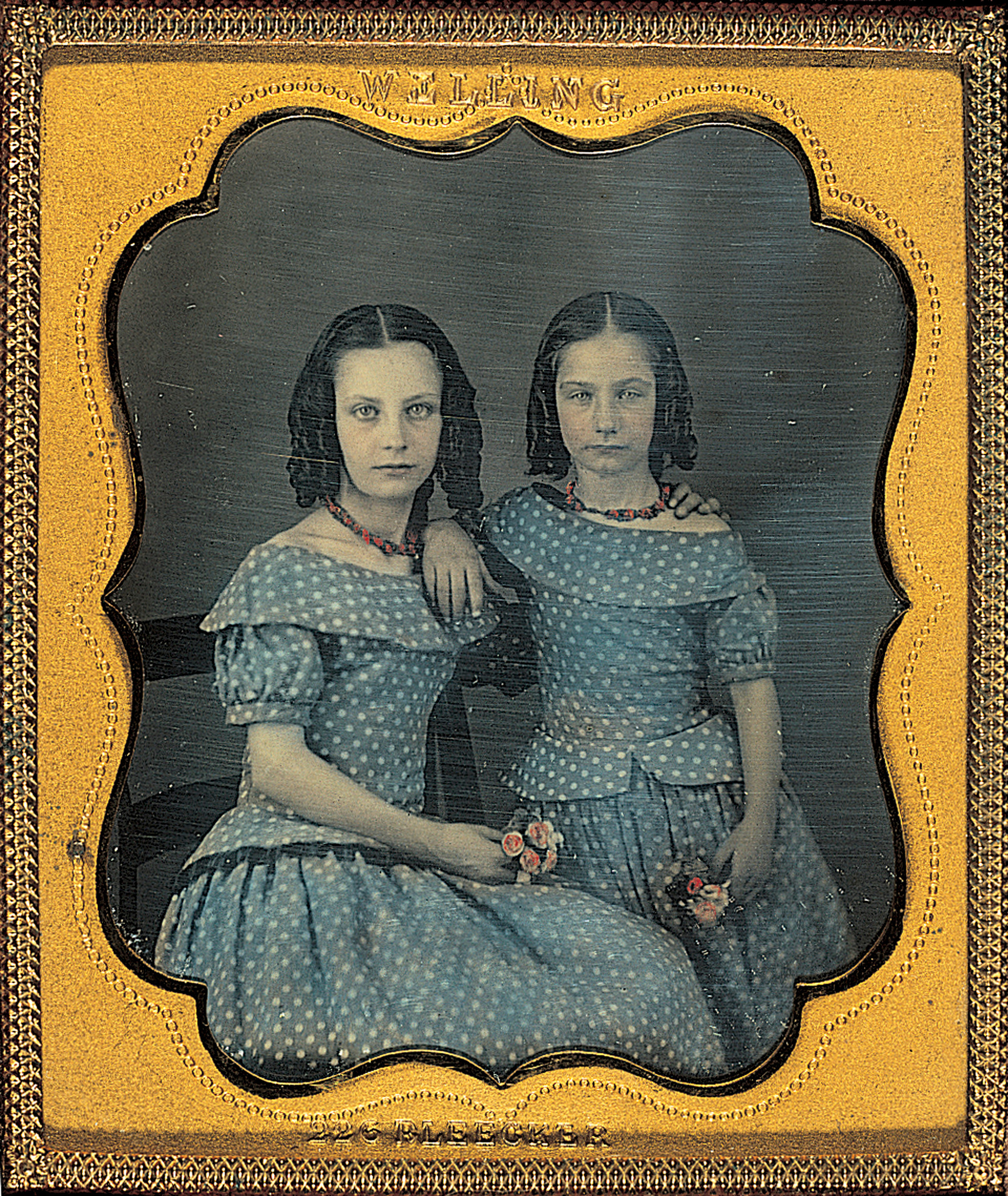 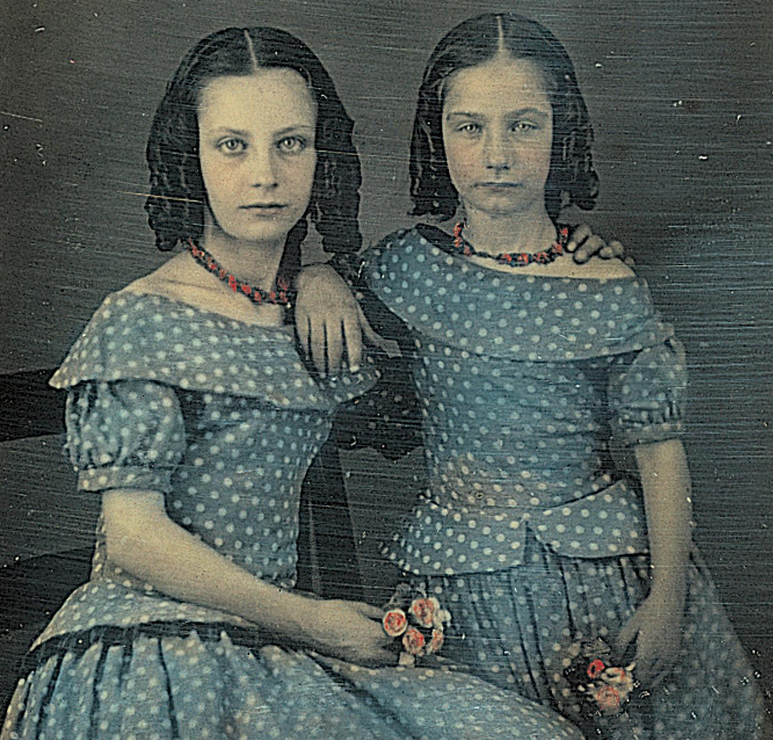 This daguerreotype has been hand-coloured with dry paint to stress the relationship between the two girls – they are presumably sisters, wearing the same dresses and the same coral necklaces. Welling has executed this portrait in the American tradition with the sitters staring straight out at us. There are no softening shadows, favored by European photographers.

Peter Welling was a studio photographer, working in New York in the 1850s and 1860s. As early as 1853 eighty-five other portrait studios were operating there. He specialized in portraiture using the daguerreotype process.