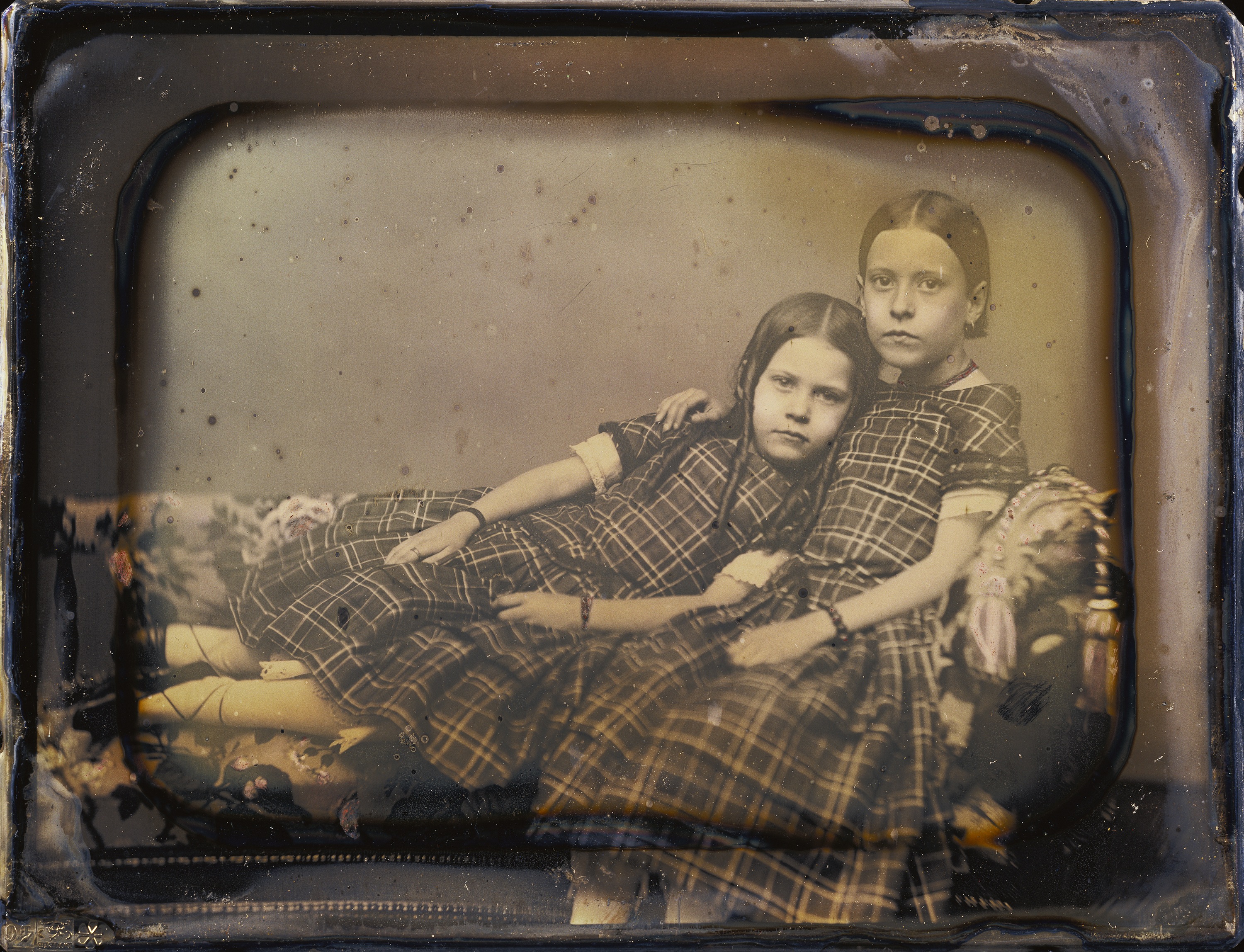 Young children had difficulty remaining still for the long exposure times necessary to produce a daguerreotype. Sheldon K. Nichols ingeniously solved this problem with this pose, in which the little sister rested her head and body against her big sister. The pose was so successful that the younger girl looks relaxed, as though she is actually enjoying the experience, and she also gets to show off her new ballet slippers.
.
Before turning to daguerreotype in 1851, Sheldon K. Nichols worked as a carpenter in Hartford, Connecticut. He became a partner with his neighbor, H. H. Bartlett, and they ran a daguerreotype studio on Main Street for three years as Bartlett & Nichols. Nichols remained a photographer in Hartford until around 1853 and later operated studios in San Francisco and Marysville, California.