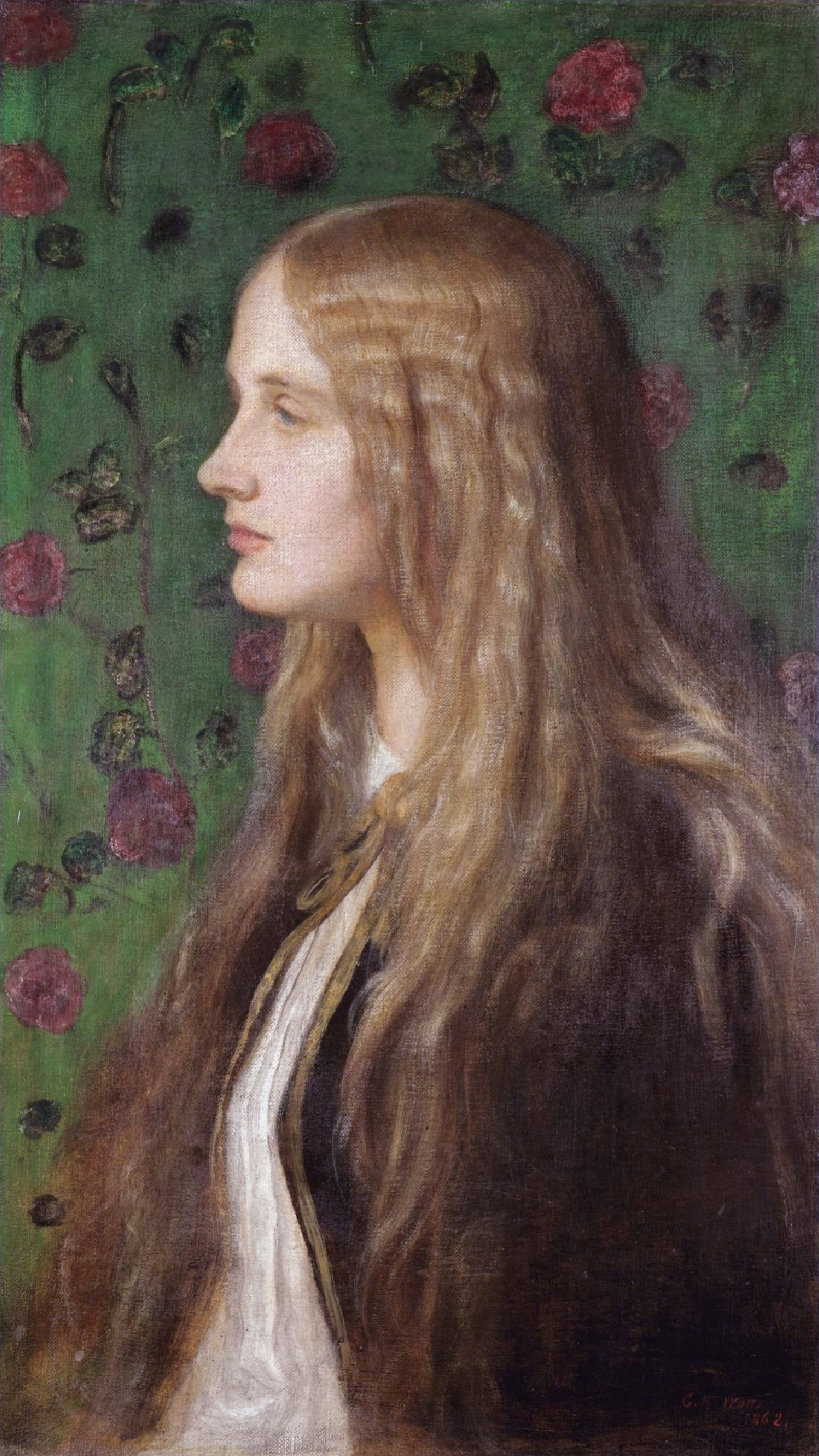 Edith Villiers, Countess of Lytton (1841 – 17 September 1936) was a British aristocrat. Wife of Robert Bulwer-Lytton, 1st Earl of Lytton, she led the Indian Imperial court as Vicereine of India. She was later a court-attendant of Queen Victoria (Lady of the Bedchamber to Queen Victoria and Queen Alexandra). Edith’s children included the suffragette Lady Constance Bulwer-Lytton.

Edith Villiers was born in 1841 into the aristocratic Villiers family. She was the daughter of Edward Ernest Villiers (1806–1843) and Elizabeth Charlotte Liddell. She was the granddaughter of George Villiers, and the niece of George Villiers, 4th Earl of Clarendon. The Pre-Raphaelite portrait of her by George Frederic Watts was painted when she was 21. She was then the only unmarried daughter as her twin sister Elizabeth had married Henry Loch, 1st Baron Loch in 1862. (There is a tale that Henry proposed to the wrong girl by mistake and then refused to admit it.) Edith was living with her widowed mother at the home of her uncle, the Earl of Clarendon. She had been trained in dancing, music and art, but she had not received a structured education.

Villiers married Robert Bulwer-Lytton (later 1st Earl of Lytton) on 4 October 1864. She brought her new husband an income of £6,000 per year. Robert, an aspiring diplomat, had been relatively poor for a member of the British upper classes, although his father Edward Bulwer-Lytton was a well-known writer and was raised to the peerage in 1866. His father controlled his son and it was his choice that made his son a diplomat. His father had broken up a match between Robert and a Dutch girl and he was not keen on the marriage to Edith. Robert had to explain his father’s character to Edith and for the first year of their marriage he refused to speak to her. Eventually however he warmed to the marriage.

Edith accompanied her husband during his diplomatic career, and several of their children were born abroad. The children were:

Her husband served as Viceroy of India between 1876 and 1880. Edith would be the Vicereine. In 1876 she gave birth at Shimla to her son Victor. He was the third of her sons but Edward and Henry had died as infants in 1871 and 1874. Victor and her last child Neville who was born in 1879 would in time inherit the Earldom.

The Delhi Durbar of 1877 was held beginning on 1 January 1877 to proclaim Queen Victoria as Empress of India. The following year Edith, as Vicereine, was invested in the Imperial Order of the Crown of India. Edith was also decorated with the honorific Lady, Royal Order of Victoria and Albert. Edith and her daughters restyled the court which they considered inferior to the courts of Europe. Fashions were ordered from Paris. Edith was noted for her support of the education of women in India. Her daughter Emily retained an interest in Indian culture after the family’s return to England and was converted to theosophy. When Edith’s husband resigned in 1880 he was made an Earl by Benjamin Disraeli.

Edith’s husband became the British Ambassador in Paris in 1887 although he was weakened by heart disease. He seemed to make a good impression as when he died suddenly in Paris in 1891 he was given, unusually, a state funeral in France. Edith was the chief mourner along with her surviving five children. The funeral was attended by ministers of state and the French government arranged for 3,500 soldiers to serve at the funeral, before his body was taken by rail to England.

Edith had a much reduced income. She became Queen Victoria’s Lady-in-Waiting (Lady of the Bedchamber) in 1895 taking the post left vacant by Susana, Duchess of Roxburghe. She was asked personally by the Queen and she received £300 per year and served with eight other aristocratic maids of honor. In 1897, she was one of the guests at the Duchess of Devonshire‘s Diamond Jubilee Costume Ball on 2 July 1897.

When the Queen died, Edith rode with the body on the funeral journey from London to Windsor. She then held the office of “Lady of the Bedchamber” to Queen Alexandra until she retired in 1905, starting a retirement of more than thirty years. She lived at Homewood, a dower house on the family estate at Knebworth, Hertfordshire. The house was designed c. 1901 by her son-in-law Edwin Lutyens, in Arts and Crafts style. Her daughter Constance suffered a stroke in 1912 and returned to live at Homewood, remaining there until shortly before her death in 1923.

Her granddaughter Mary Lutyens published a book Lady Lytton’s Court Diary, based on Edith’s experiences at the court of Queen Victoria, and The Lyttons in India: An account of Lord Lytton’s Viceroyalty, 1876–1880. Another granddaughter, Elisabeth Lutyens, mentioned Edith’s life at Homewood when recalling her own childhood in her autobiography A Goldfish Bowl (1972).

Edith and Robert had five children, who led influential lives. She also sat for the noted painting by George Frederic Watts. Some have deprecated her contribution as she had no formal education and her husband’s biographers have thought her lightweight.