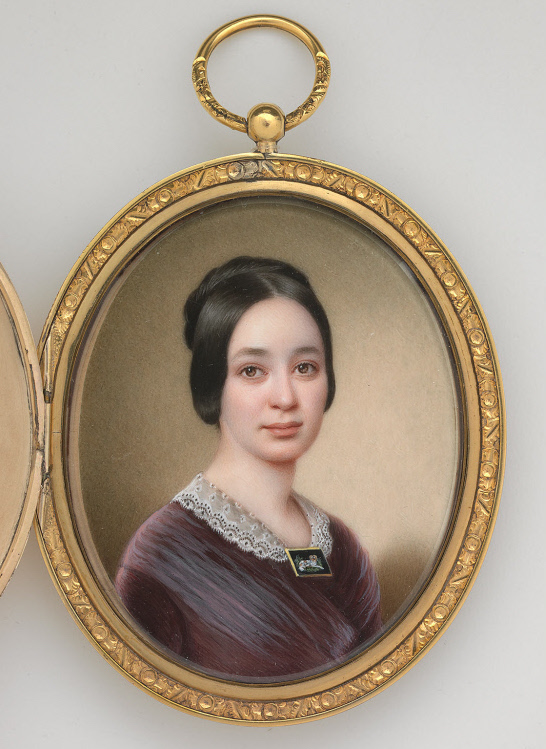 Varina Howell was a young woman of lively intellect and polished social graces who married Jefferson Davis when she was at the age of eighteen. As the wife of the president of the Confederacy, she lived in Richmond during the Civil War and admirably fulfilled her three primary roles as an affectionate spouse to a proud and sensitive husband, an attentive mother to five young children (two of whom were born during the war), and a socially engaging first lady.

Here some of Varina’s jewelry: 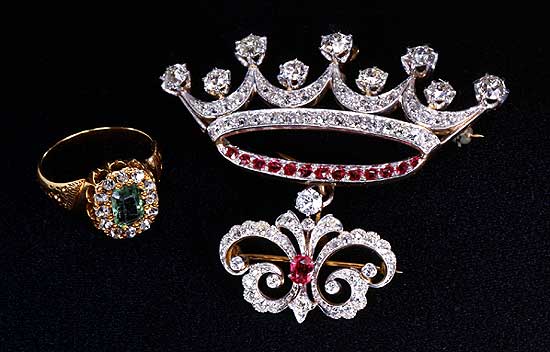 Varina Howell Davis’s emerald and diamond engagement ring. This crown shaped pin set with diamonds and rubies belonged to Varina Howell Davis. The pin is said to have been given to Mrs. Davis, the “uncrowned Queen of the South” by the women of the Confederacy.