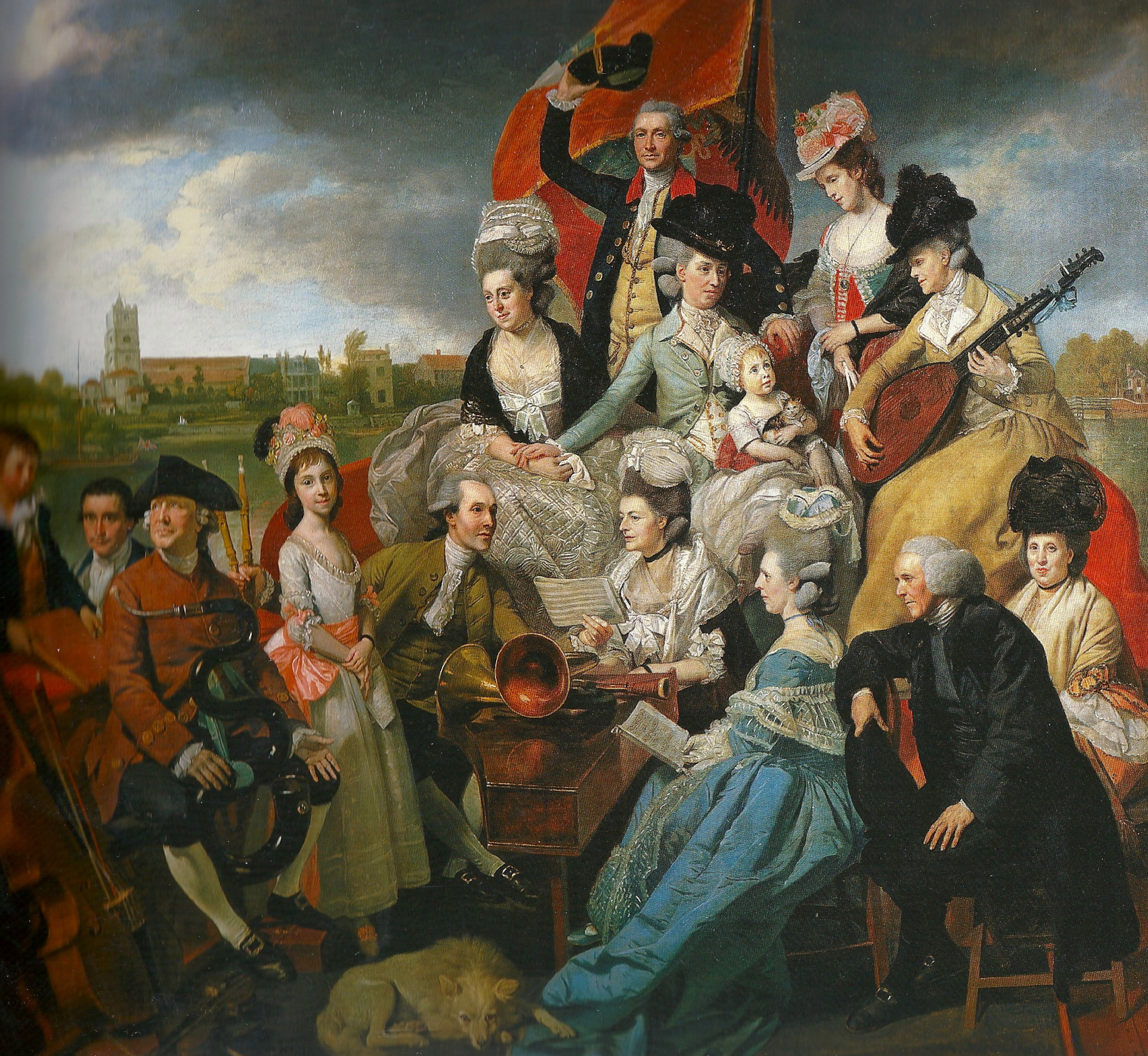 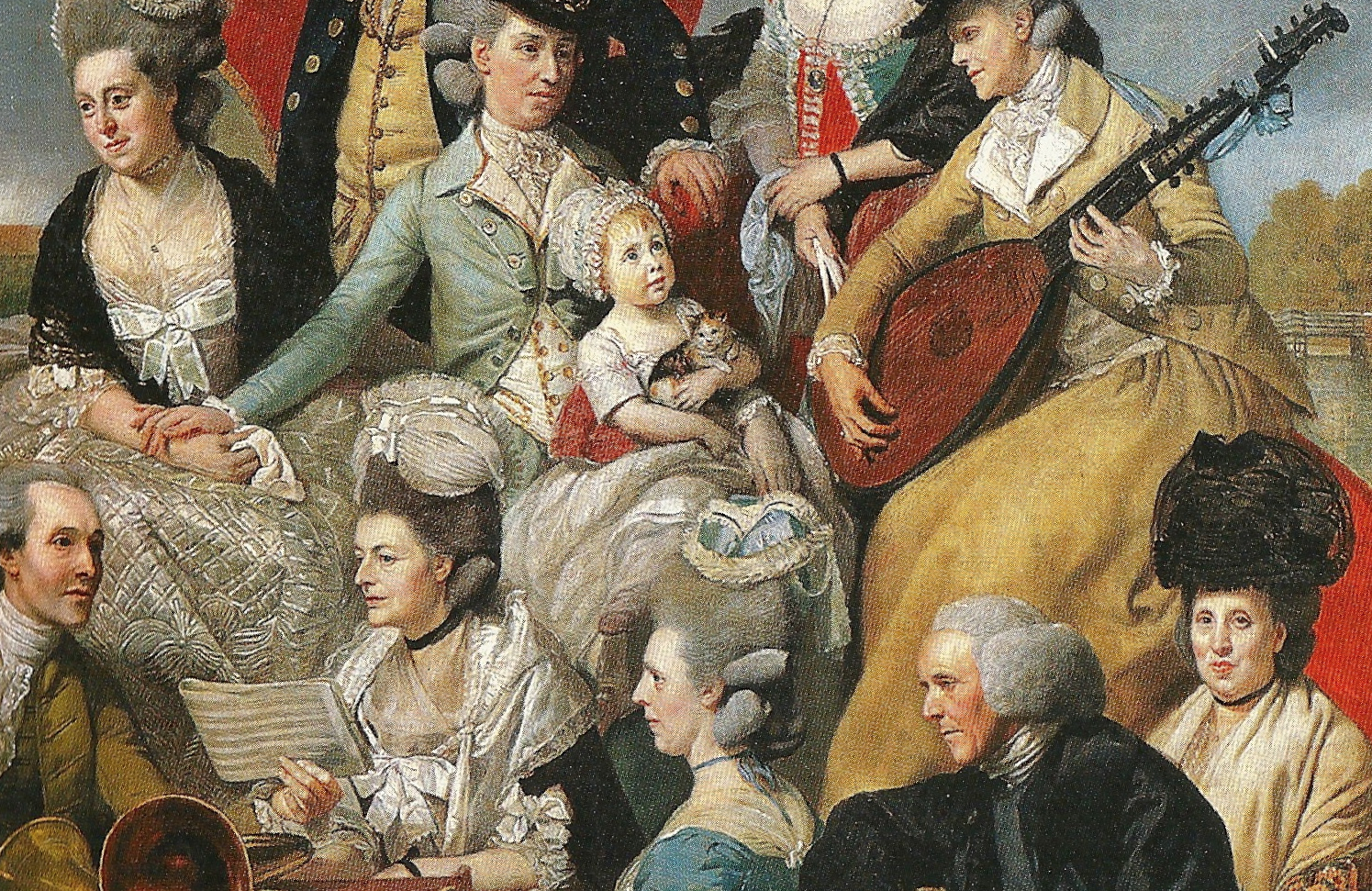 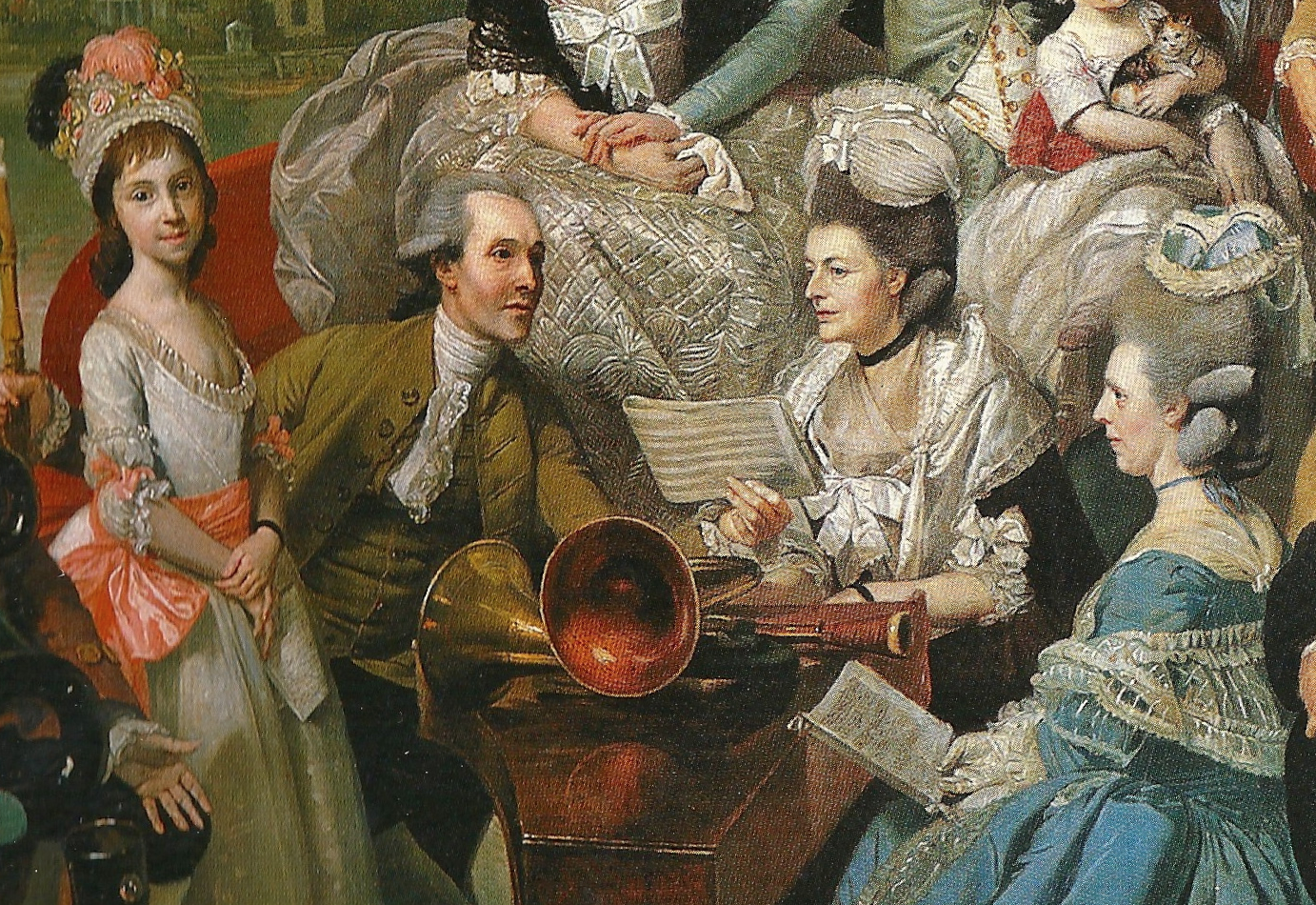 Here they all are, on a musical water party sailing on the Thames near Fulham. The family is shown as the sort of people you would love to meet: talented, musical, interesting, fun. The family included Granville Sharp ,the lawyer: he is shown holding a sheet of music for his sister, Elizabeth Prowse, who is playing the fortepiano. You can see them in the centre of the picture. Granville Sharp was of course, the principal agent in fighting the very famous  case of James Somersett, the black slave, which was heard  before Lord Mansfield, and as Mary Webster remarks:

It was in this case that Mansfield in 1772 pronounced his famous verdict that Somersett must go free since no English law sanctioned slavery. Sharp consequently founded the Society for the Abolition of Slavery…

The remarkable Sharp family gave fortnightly concerts as an orchestra from the 1750s onwards. This conversation piece, one of Zoffany’s masterpieces, commemorates the concerts they gave on board their sailing barge Apollo at Fulham. The work was commissioned from Zoffany by William Sharp, surgeon to George III. Sharp is seen standing at the tiller, hat raised, wearing the Windsor uniform with its distinctive red collar; his instruments are the French horns which rest on the piano. His daughter is Mary Lloyd-Baker (née Sharp) (1778-1812), his wife is Catherine Sharp (née Barwick) (1741?-1814). Of his three brothers, Dr John Sharp is on the right and has laid his cello aside for the moment. His wife is Mary Sharp (née Dering), his daughter is Anna Jemima Sharp (born 1762?); Granville Sharp, the famous philanthropist and slavery abolitionist, holds his favoured flageolets in one hand, his clarinet being nearby on the piano; while James Sharp, an engineer, holds the serpent. His wife is Mrs James Sharp (née Lodge), his daughter is Catherine Sharp (1770-1843). The three Sharp sisters complete the orchestra: Elizabeth Prowse (née Sharp) (1733-1810) at the piano, Judith Sharp (1733-1809), with music in hand and, above to the right, Frances Sharp (1738-1799) with a theorbo or perhaps an angelica.