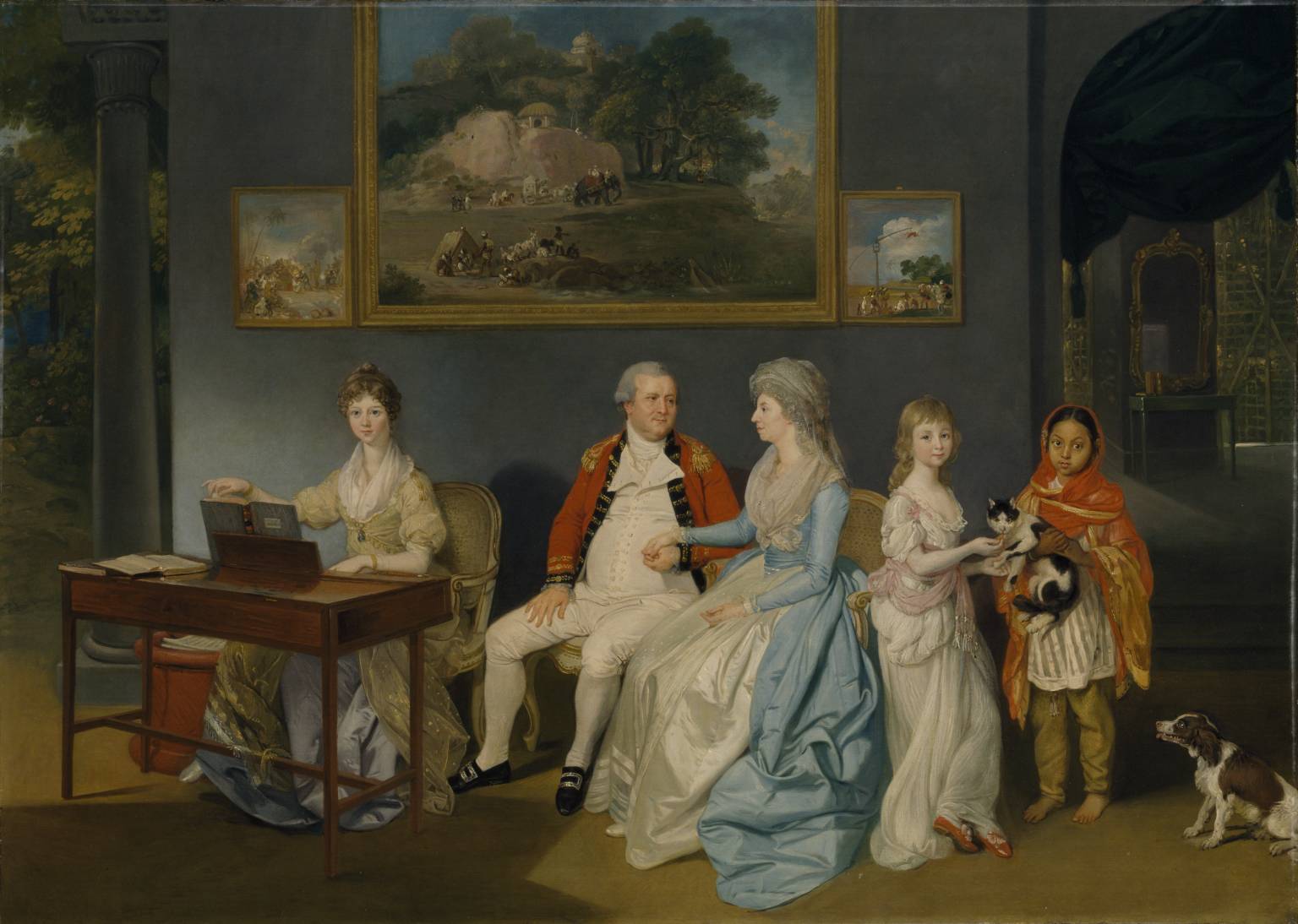 Colonel William Blair was originally of Balthayock in Perthshire, but ,when painted with his family, was then Colonel of the Bengal Army and commandant of the garrison of Chunar 20 miles above Benares.

William Blair was a Colonel in the East India Company who commanded the brigade at Cawnpore. Zoffany paints him with his wife Jane and daughters, the elder also called Jane at the piano, and Maria feeding a cat held by an Indian girl.

In the background are three paintings: a large hill scene, and two of Indian customs which fascinated and horrified westerners. One shows wood being piled for suttee, the burning alive of a widow, and the other a religious ritual of appeasement called Charak Puja in which a man is suspended by a wire between the shoulder blades.