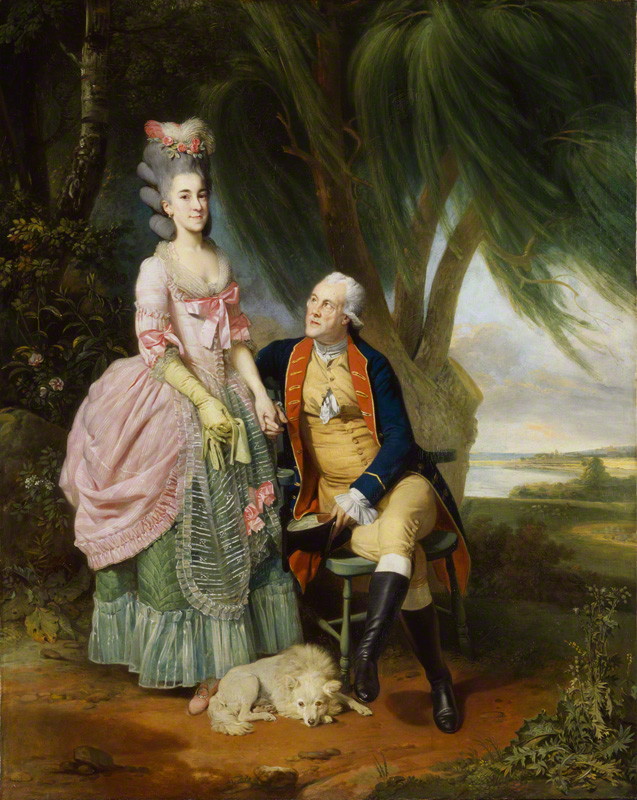 John Wilkes, the radical politician, was arrested in 1763 under a general warrant against his anti-government newspaper The North Briton, for an attack on the king’s speech on peace with France. After his release he fled to France and was expelled from the House of Commons and outlawed for publishing libels. Three times re-elected MP for Middlesex but his elections annulled, he finally took his seat in 1774. Mary Wilkes (or Polly, as she was known), was Wilkes’s only child by his estranged wife, Mary Meade. He was deeply attached to his daughter, who never married but inherited her mother’s substantial fortune. Horace Walpole viewed this portrait in Zoffany’s studio in 1779 and pronounced it to be ‘horridly like’. He commented that Wilkes was ‘…squinting tenderly at his daughter – it is a caricature of the Devil acknowledging Miss Sin…’ . The dog, Roma, a white German spitz, belonged to the artist and appears in others of his paintings, including that of The Sharp Family.