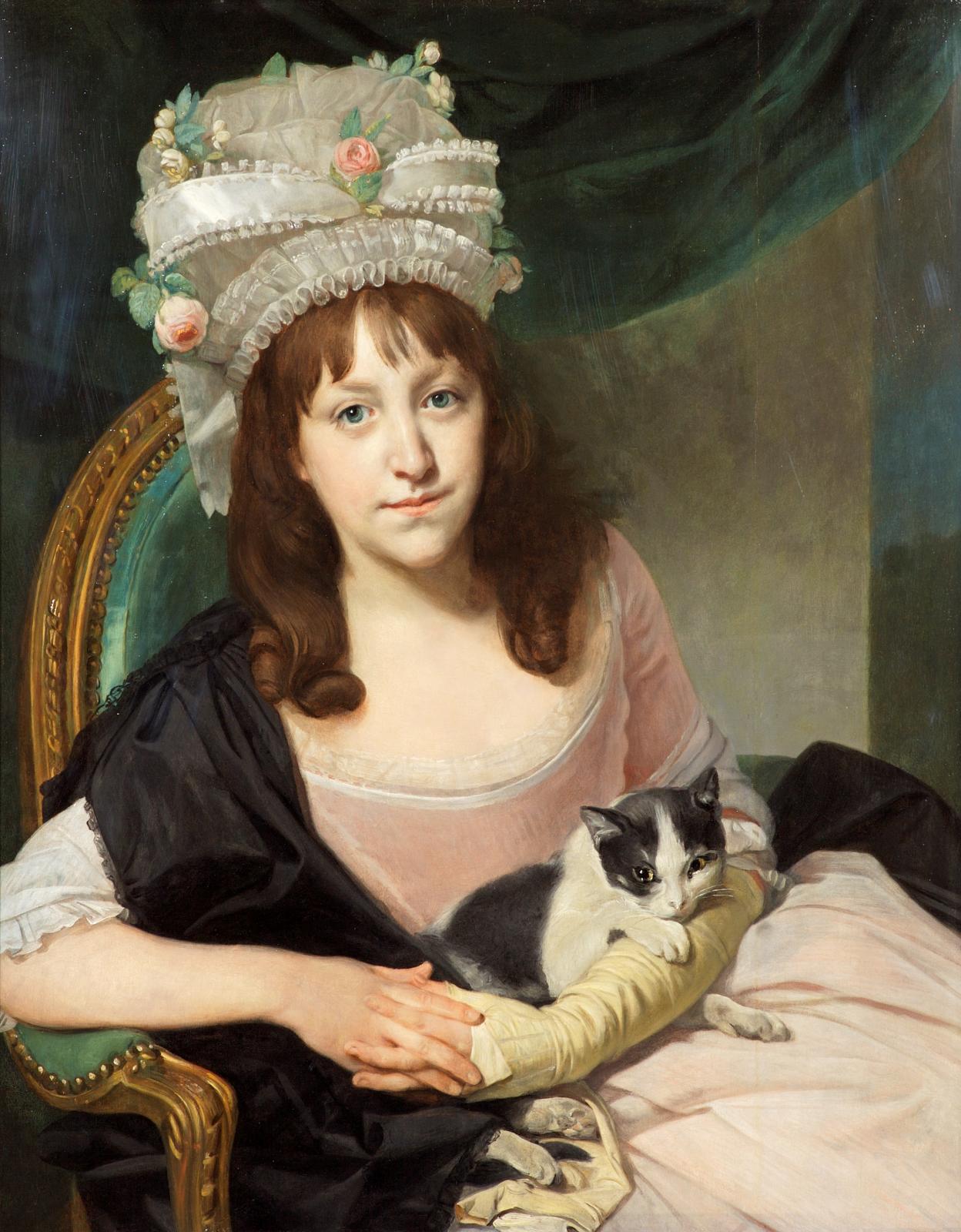 Zoffany worked for the royal family. Perhaps he came to favour because he was German like Queen Charlotte. He was particularly skilled in painting children and made charming, informal portraits of the royal princes. In Sophia’s portrait, with typical attention to detail, he included her cat, her fashionable headdress, and her bitten fingernails.

This is a picture of Sophia Dumergue (1768-1831), a French girl aged about 12 painted by a German artist, both of whom lived in London.

Sophia’s father, Charles, brought her to England aged two or three. He was a dentist who worked for the royal family. She never married, and kept house for her father when she grew up. She loved entertaining, giving dinner parties, and private concerts.

Zoffany was born in Germany but spent most of his working life in England. He worked for the Royal Family and may have come to favour because Queen Charlotte was also German. He is famous for his informal group portraits or ‘conversation pieces’.

His official title was  Court Operator of the Teeth. He was also dentist to the Prince of Wales from 1785 until 1814. He was a great friend of Zoffany and their friendship lasted all their lives.