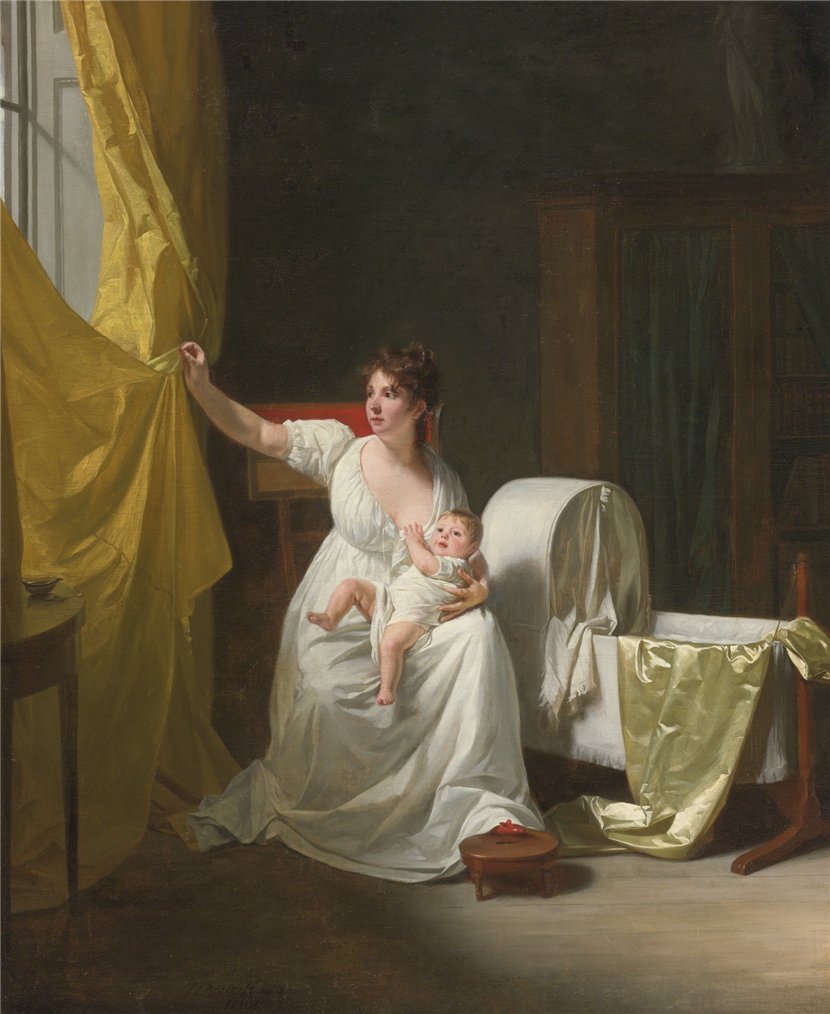 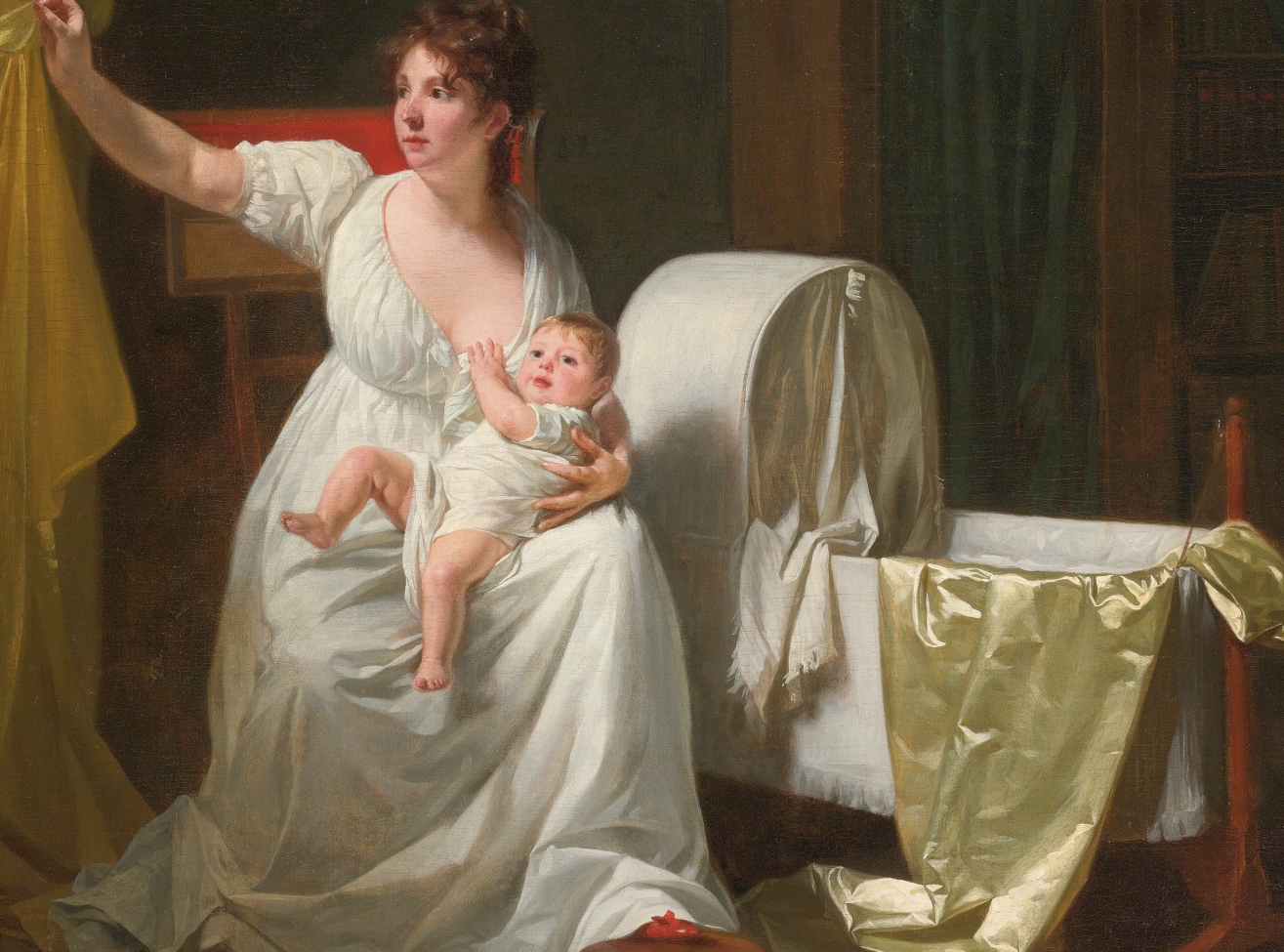 The sitters in this tender portrayal of a mother and her child are Madame Barthélémy Fleury de l’Horme (1774-1835) and her fourth son, Jean-Louis-Ernest (1800-1878).  Between 1791 and 1816, she and her husband, a native of Lyon, had nine children – seven sons and two daughters – two of whom died in infancy.  Danloux depicts Madame de l’Horme as she nestles her young son on her lap, momentarily distracted by something she views out the window at left.  As she holds back the curtain, light floods in dramatically illuminating her white gown and the pale yellow satin fabric draped over the side of the cradle.  The intimacy and spontaneity of the scene are reminiscent of a portrait Danloux painted of his own wife and son a decade earlier (see link here), in which he also made use of striking chiaroscuro effects. The present painting descended in the family of the sitters until 1987.

Danloux’s early training was with Nicolas-Bernard Lépicie and Joseph-Marie Vien, whom he followed to Italy in 1775 following Vien’s appointment as director of the French Academy in Rome.  After his return to France, Danloux lived briefly in Lyon; he returned to Paris in 1785 where he became established as a well known portrait painter with the help of the Baronne d’Etigny, whose adopted daughter he married in 1787.  The Revolution forced Danloux and his family to flee to London in 1792.  During his decade long sojourn in England, he became acquainted with, and influenced by, such fashionable English portrait painters as Thomas Lawrence, John Hoppner and, particularly, George Romney.  He exhibited regularly at the Royal Academy between 1792-1800, and received numerous commissions in England and Scotland.  Despite his success abroad, he and his family returned to France in 1801, the very year in which he executed this Portrait of Madame de l’Horme.