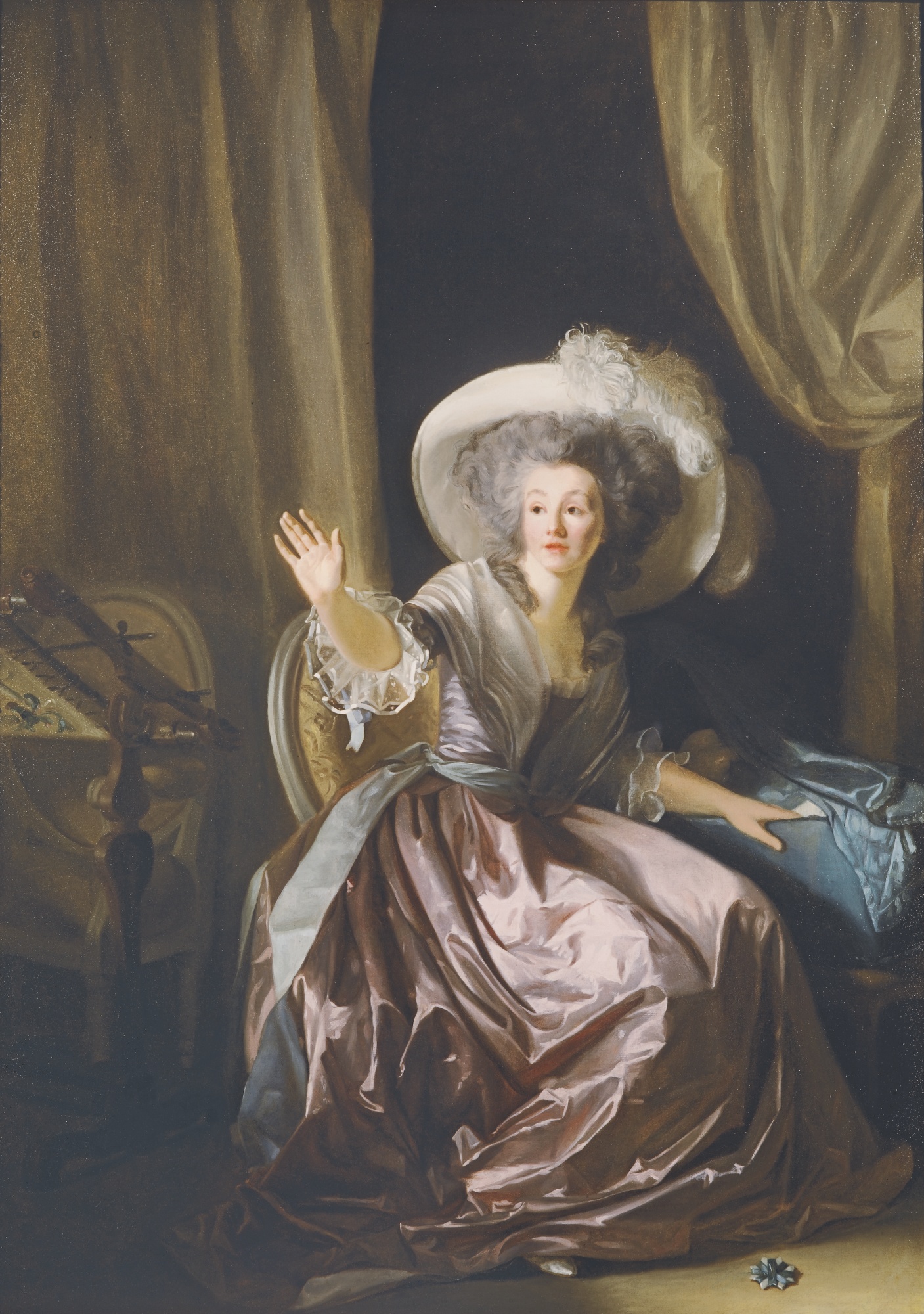 This personal portrait by Henri-Pierre Danloux, depicts his wife, Marie-Pierrette-Antoinette de Saint Redan, with their second and only son, Jules, born in 1790 at the Chateau de Passy, Burgundy.  The painting can be dated between the end of that year and the beginning of 1791, when the artist produced a number of such works related to his family.

Here, the newborn is positioned in the far background to the right, swaddled in blue silk in his cot, with only his head exposed.  His mother, at the center of the composition, rocks the cradle (which Portalis unfortunately mistook for a table in his description of the work in 1910 [see Literature]).  The young  Marie-Pierrette-Antoinette seated in a medallion armchair, wears a dress of voluminous, pink silk, which Danloux exploits to demonstrate his virtuosic treatment of light, reflecting the varying hues of the fabric.  This painting is a particularly touching subject for the artist: while returning from Rome to Paris in 1788, the couple had been forced to stop at Lyon where Marie-Pierrette-Antoinette was taken ill, tragically causing her to lose her first child.

Danloux studied with both Joseph-Marie Vien and Nicolas-Bernard Lépicié and met Jacques-Louis David during a trip to Rome in the late 1770s.  The influence of these artists, encountered in Danloux’s formative years, remained palpable in his works for the rest of his career, reflected in his expressive faces and capacity for conveying human emotion.

A genre scene painter and talented portraitist, Danloux established himself in Lyon where he met Marie-Pierrette-Antoinette de Saint Redan and the two were married in 1785.  After eighteen months in Italy, they settled in Paris but were forced to flee to London in 1791 to escape the Revolution.  By then, Henri-Pierre Danloux was at the height of his carreer; adapting to life in London with ease, he swiftly became renowned in the city’s artistic and collecting circles alike.  Danloux returned to France in 1800, but demand for portraiture was by then in decline and the artist’s Anglo-influenced, pre-Revolutionary style had limited success in his later years.