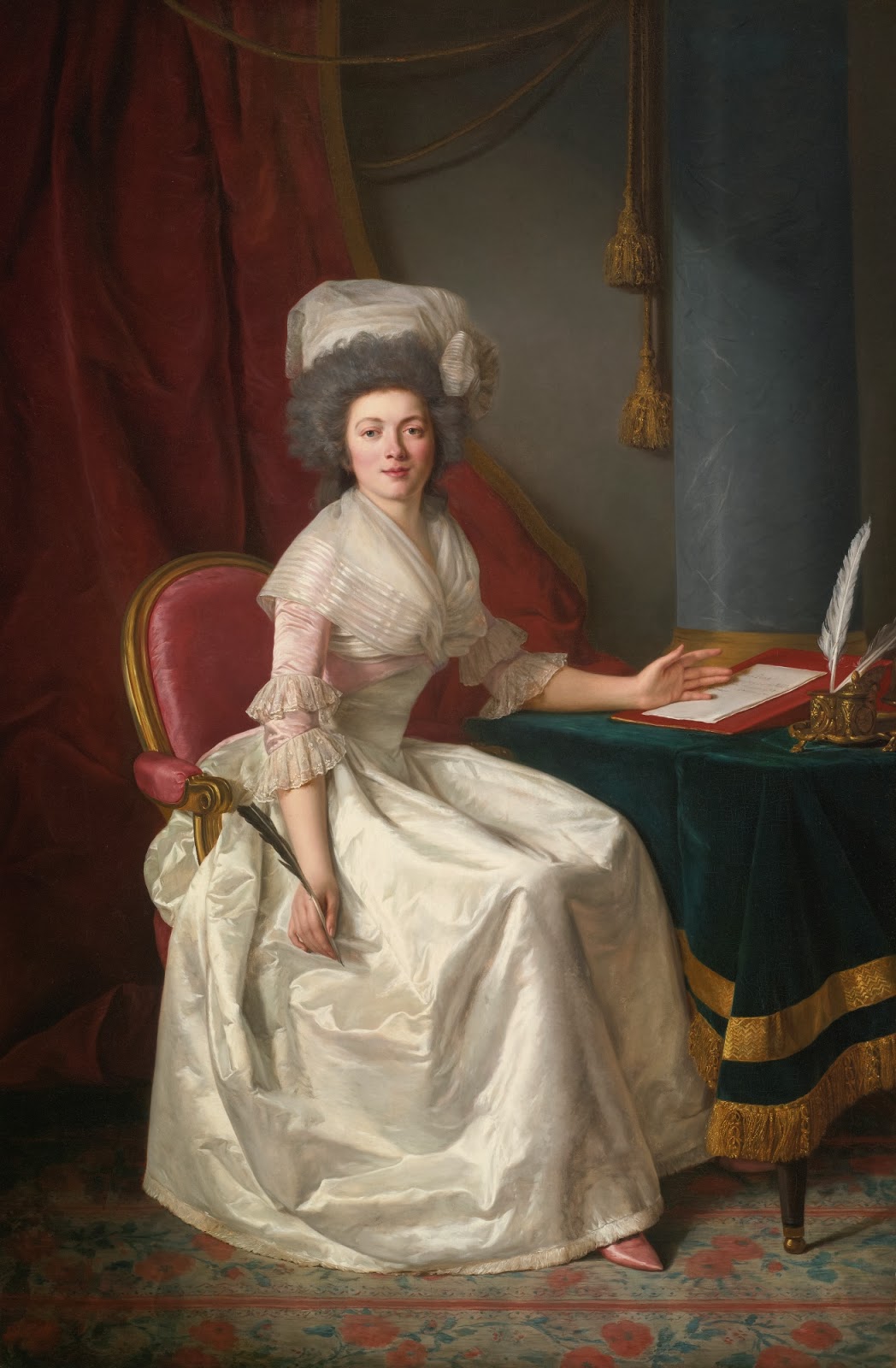 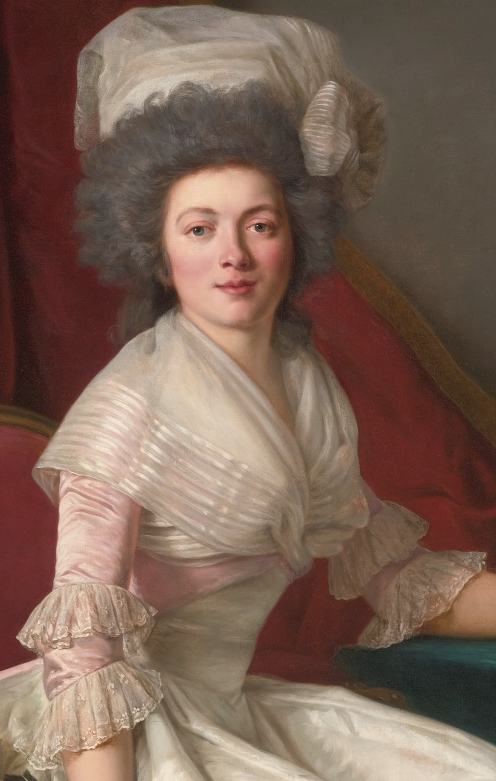 This refined and elegant portrait was executed by Rose-Adélaïde Ducreux, the daughter of the well-known portraitist Joseph Ducreux (1735-1802), and one of the rare, critically successful female artists of late eighteenth-century France. Though her life was cut short by typhoid, in her brief career Ducreux exhibited at a number of important exhibitions, including the January 1786 Salon de la Correspondance, and in the 1791 Salon at the Louvre. She showed two works at the latter show, including her most famous work, Self-Portrait with a Harp (New York, Metropolitan Museum of Art). The present portrait is closely related to the Metropolitan picture, in that they both intently focus on the luscious fabrics of the clothing and soft furnishings. The floral-patterned carpets in both works are in fact identical.