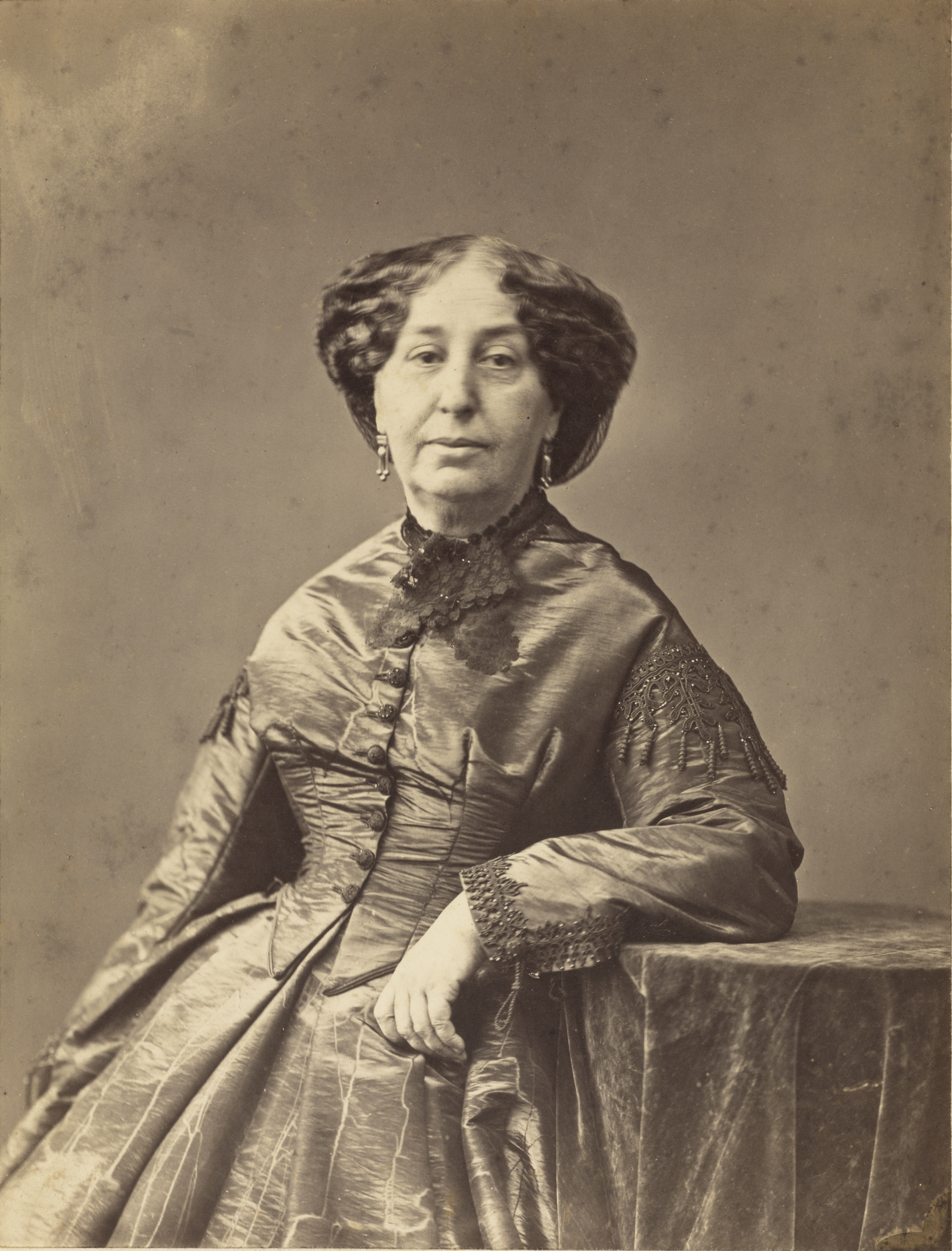 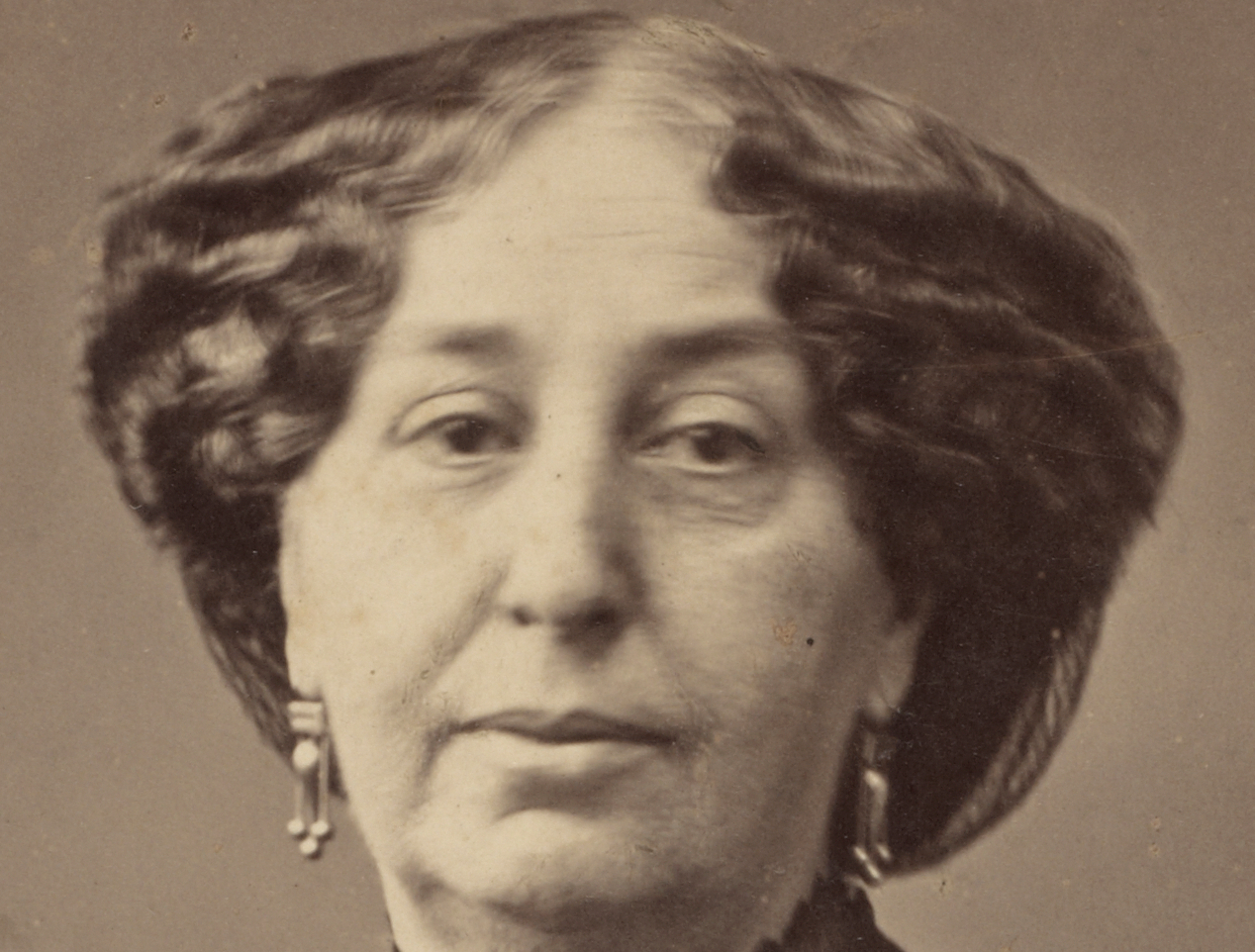 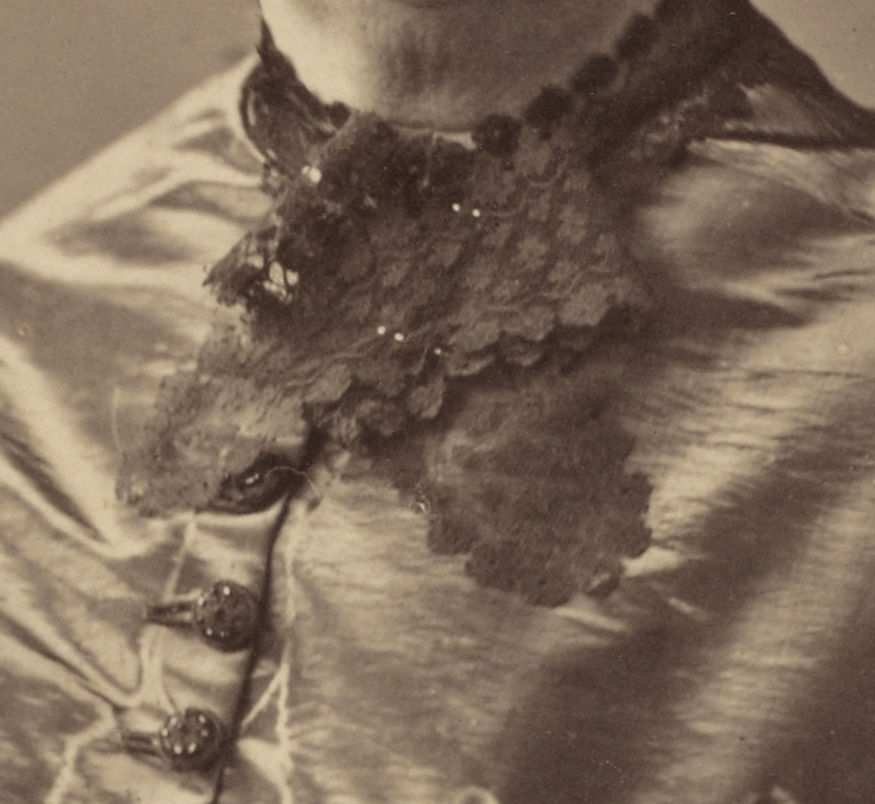 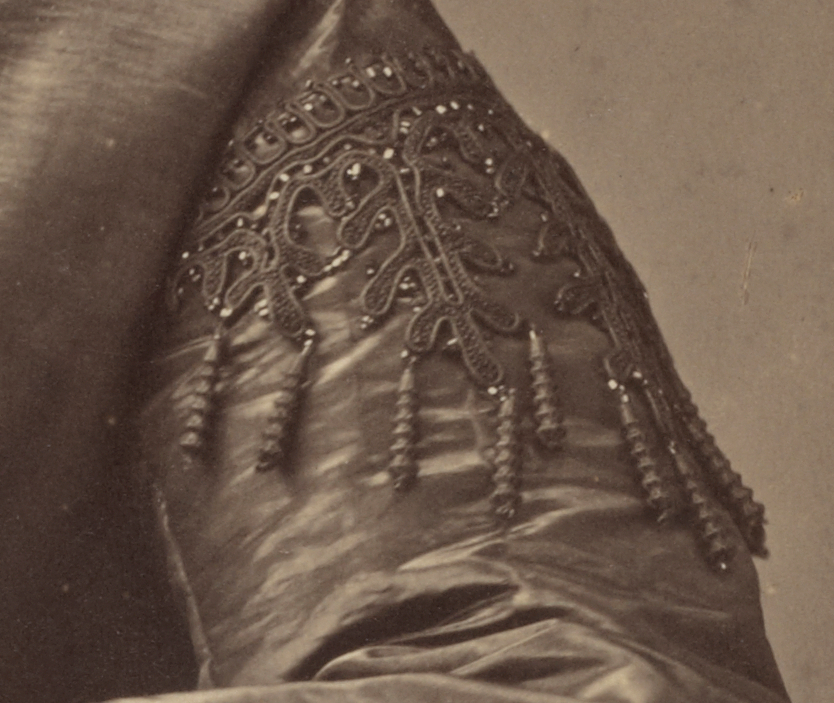 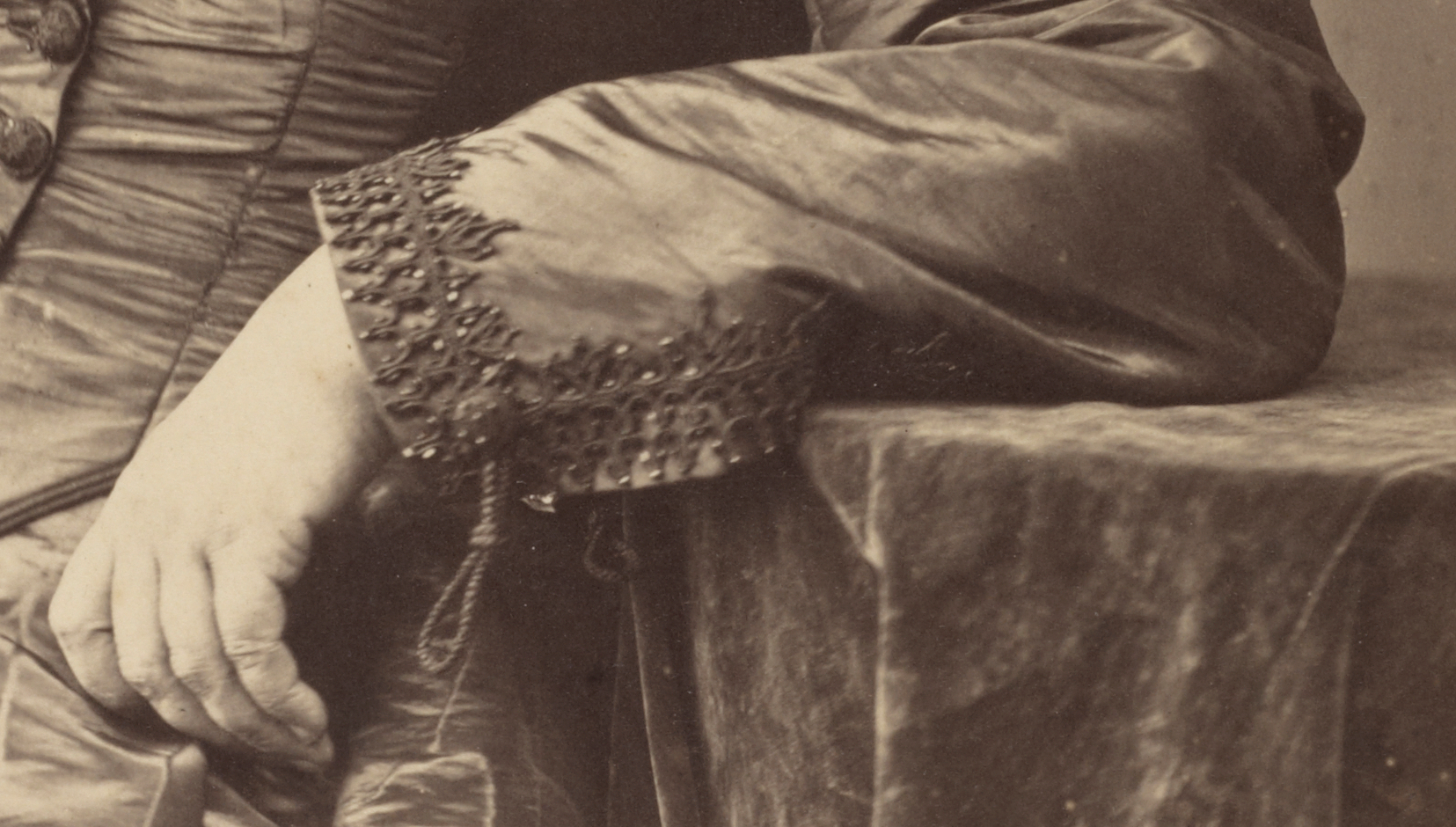 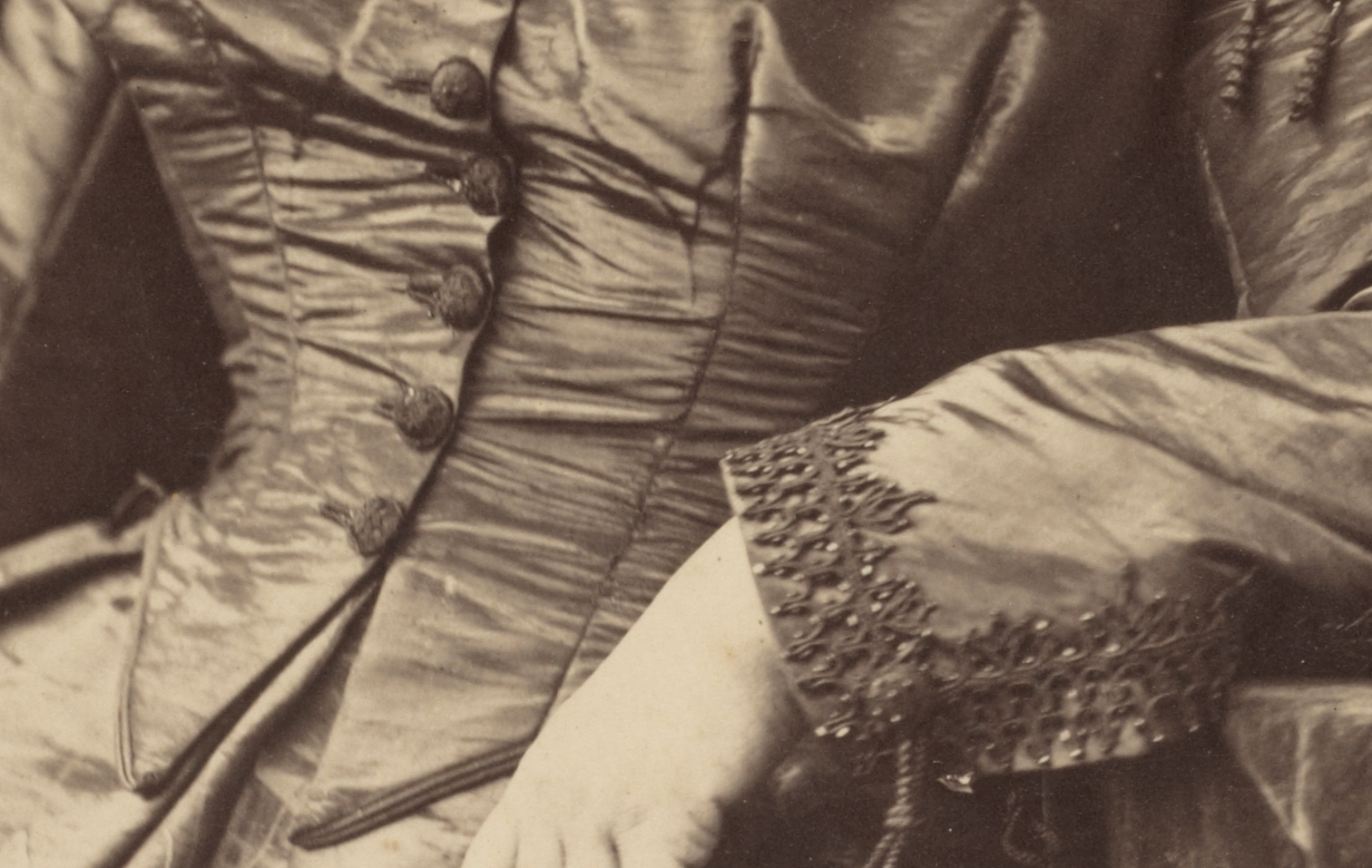 Amandine-Aurore-Lucile Dudevant, née Dupin, took the pseudonym George Sand in 1832. She was a successful Romantic novelist and a close friend of Nadar, and during the 1860s he photographed her frequently. Her writing was celebrated for its frequent depiction of working-class or peasant heroes. She was also a woman as renowned for her romantic liaisons as her writing; here she allowed Nadar to photograph her, devoid of coquettish charms but nevertheless a commanding presence.

This portrait is a riot of textural surfaces. The sumptuous satin of Sand’s gown and silken texture of her hair have a rich tactile presence. Her shimmering skirt melts into the velvet-draped support on which she leans, creating a visual triangle with the careful center part of her wavy hair. The portrait details the exquisite laces, beads, and buttons of her gown, but her face, the apex of the triangle, is out of focus. Sand was apparently unable to remain perfectly still throughout the exposure, and the slight blurring of her facial features erases the unforgiving details that the years had drawn upon her.