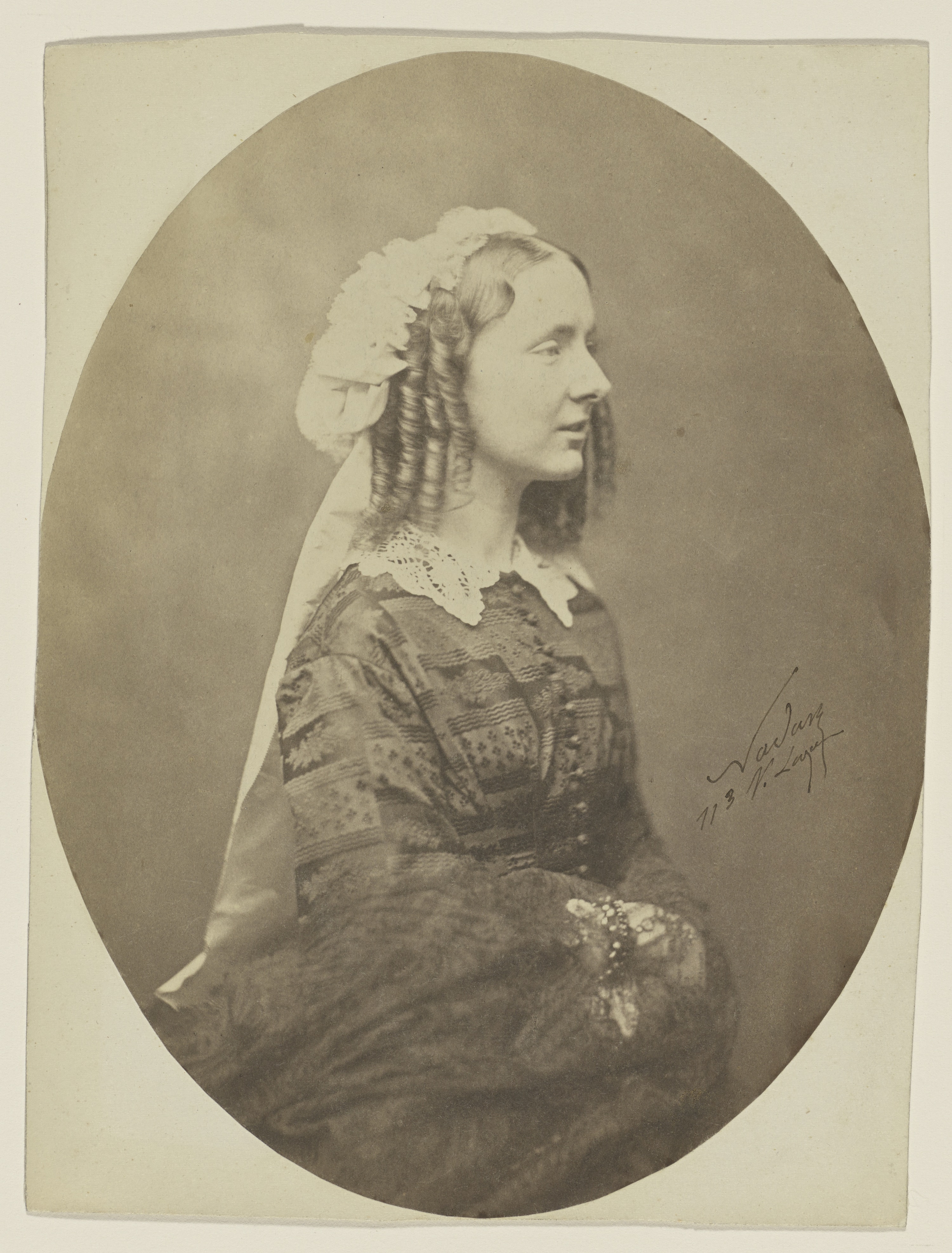 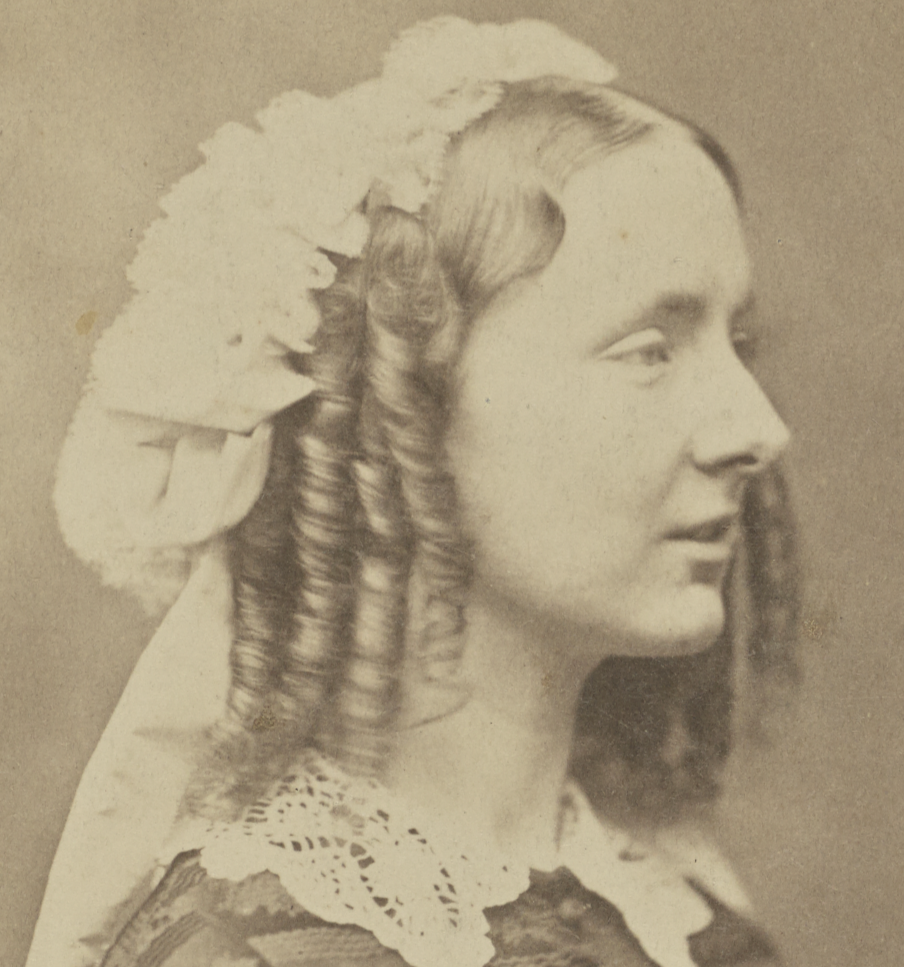 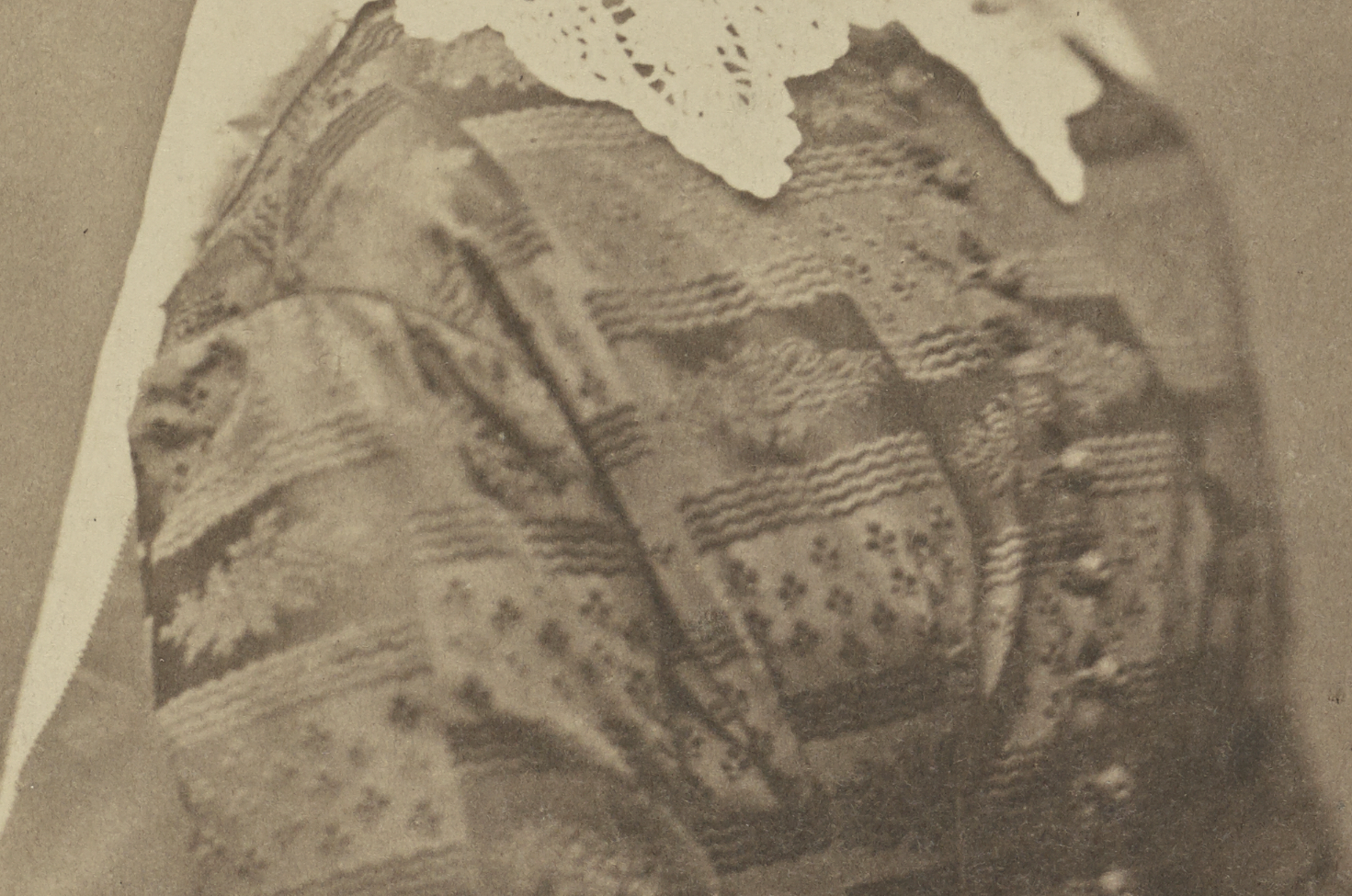 Luxuriously dressed for her portrait, Madame Labiche wears her hair carefully arranged in the ringlets that were more fashionable in the 1840s than in the 1850s. Contrary to Nadar’s usual practice, she is brightly illuminated, making the pattern of her silken dress evident. On the back of her head, she wears a ruffled day cap with wide trailing streamers. Perhaps to better show this complicated headgear, Nadar asked her to turn to one side, creating a profile view that emphasizes her long, straight nose. Her lips part slightly in a suggestion of a smile, indicative of her sweetness of character.
.
Scholars know little of Labiche’s life, save that her maiden name was Adèle Hubert and that she and playwright Eugène Marin Labiche were married in 1841 or 1842 and had a son named André. Sometimes described as an heiress, she came from a respectable and stuffy family that found his profession disreputable and the theatrical milieu immoral. In the introduction to the 1878 collection of his complete plays, which he dedicated to his wife, Labiche recalled that the Hubert family insisted as a condition of his marriage to their daughter that he write no more plays. A year later his wife, seeing his misery, released him from the prohibition.