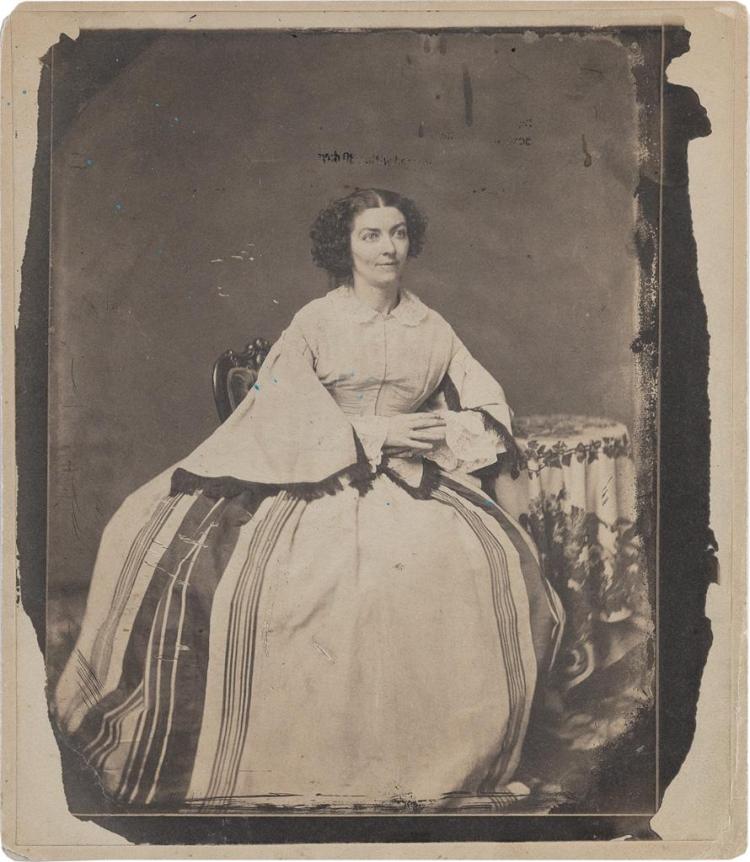 Lola Montez (1821-1861) was the stage name of Marie Dolores Eliza Rosanna Gilbert, the Countess of Landsfeld. An Irish actress, Montez became famous as a “Spanish dancer,” courtesan, and the mistress of King Ludwig I of Bavaria. Her circle of friends and admirers included Franz Liszt, Alexandre Dumas, and George Sand, and she is thought to have been the inspiration for Sir Arthur Conan Doyle‘s character Irene Adler, from the Sherlock Holmes story “A Scandal in Bohemia.” At the start of the Revolutions of 1848 in the German states, Montez was forced to flee. She traveled for some years, and, when her health began to fail, she settled in Brooklyn, which is likely how she met the Meade brothers.

Charles and Henry Meade, with their sister Mary Anne, helped popularize the daguerreotype in the United States, and photographed Daguerre himself (sometime between 1848 and 1851). Charles Meade, the younger of the brothers, is credited by historians as being the driving force behind the studio’s constant innovation. It is likely that this portrait is unique, as the period in which it was taken was a time of experimentation with the new medium of calotype negatives and salted paper prints–the first positive photographic images. Although this photograph of Lola Montez is credited to both Meade brothers, it is probable that the print was made by Henry Meade, as Charles Meade was, by the time this portrait was made, suffering from tuberculosis, which would prove to be fatal. With the studio in financial trouble, Henry Meade would die by suicide seven years after his brother.