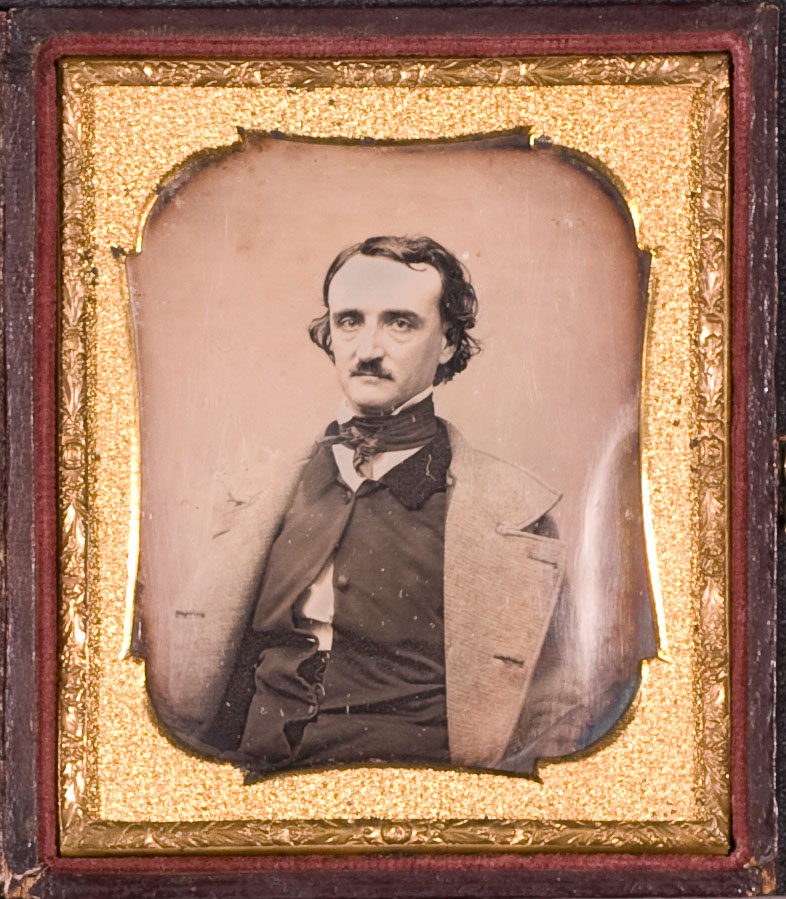 Perhaps the best-known and most frequently requested Poe title is the daguerreotype taken in Providence on November 13, 1848 . Known as the Whitman or Hartshorn daguerrotype, it is one of only seven daguerreotypes of Poe taken during his lifetime. The image was given by Poe to the local poet Sarah Helen Whitman, whom Poe was courting at the time. The Masury and Hartshorn Daguerrotype Studio was in downtown Providence, just across the river from College Street.

Poe sat for this daguerreotype at the Westminster Street studio of Masury and Hartshorn in Providence, Rhode Island, after a tumultuous week which included an overdose of laudanum and a bout of heavy drinking. The daguerreotype was a gift from Poe to Sarah Helen Whitman, given to her after she finally consented to marry him. The engagement did not last long, but Whitman kept the daguerreotype until 1874. In a letter she noted Poe’s “sweet and serene expression” in the image. The daguerreotype was gifted to the Brown University Library in 1905.