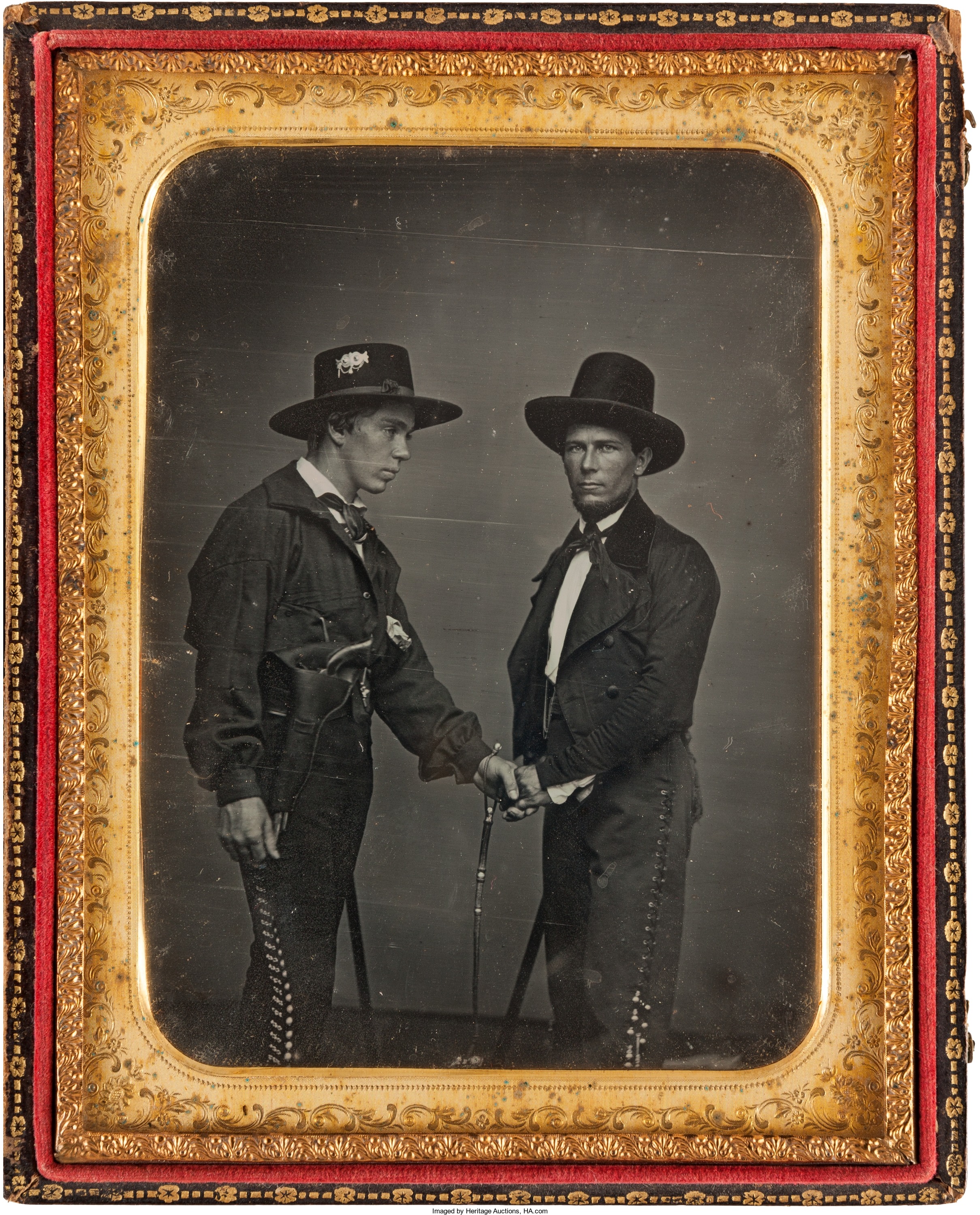 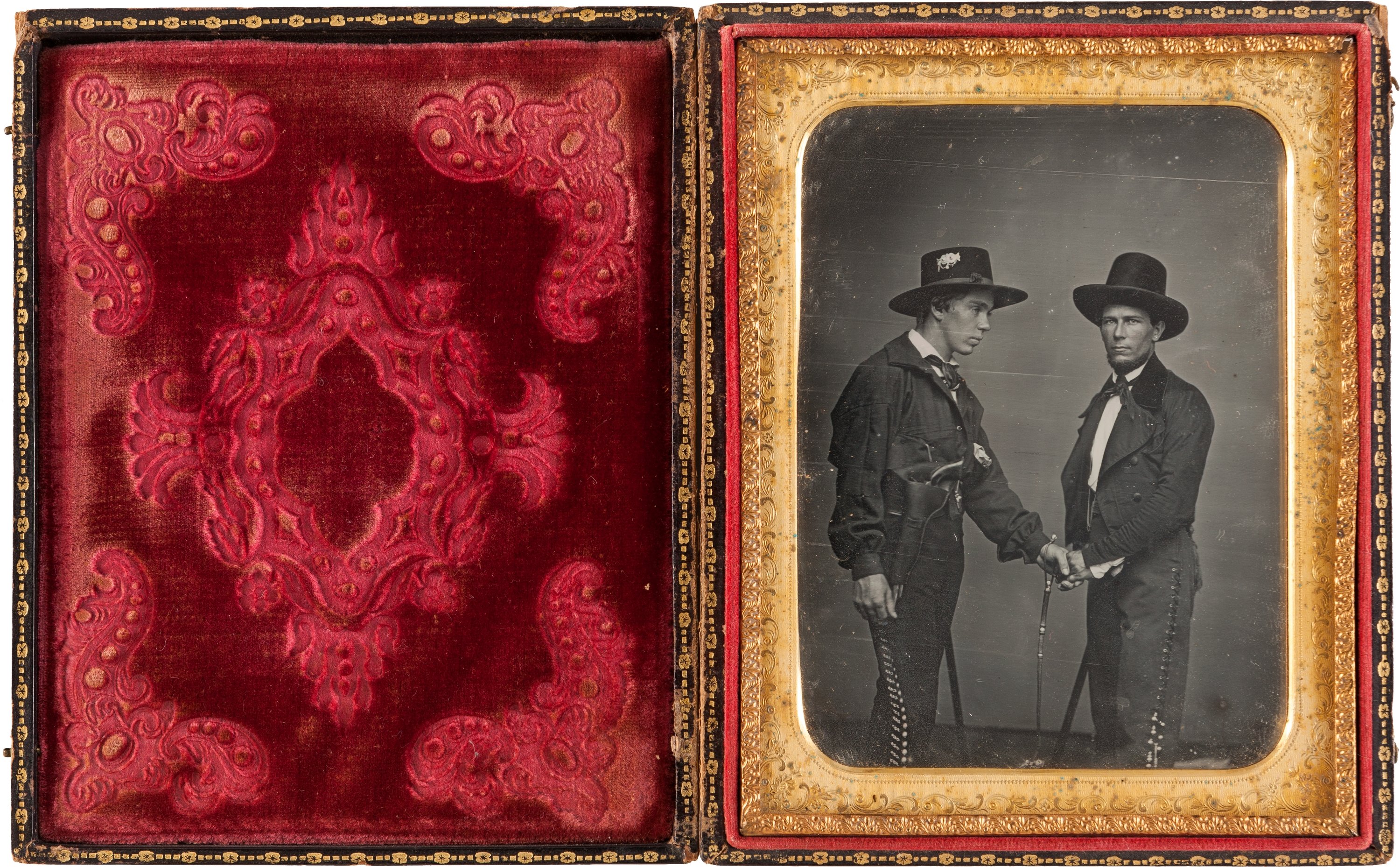 The men are believed to be Texas Rangers participating in the Mexican War. The younger man on the left (thought to be a private) sports a prominent, though holstered, Colt Walker on his belt. Only 1,100 of these pistols were made with the majority issued to the Texas Rangers during the war with Mexico. According to research, this is the only known daguerreotype of a Colt Walker. Hanging from the man’s wrist is a riding quirt. He shakes hands with a bearded man (likely an officer) who stares directly into the camera. The daguerreotype is housed in its original leather-embossed case, lined with embossed velvet.