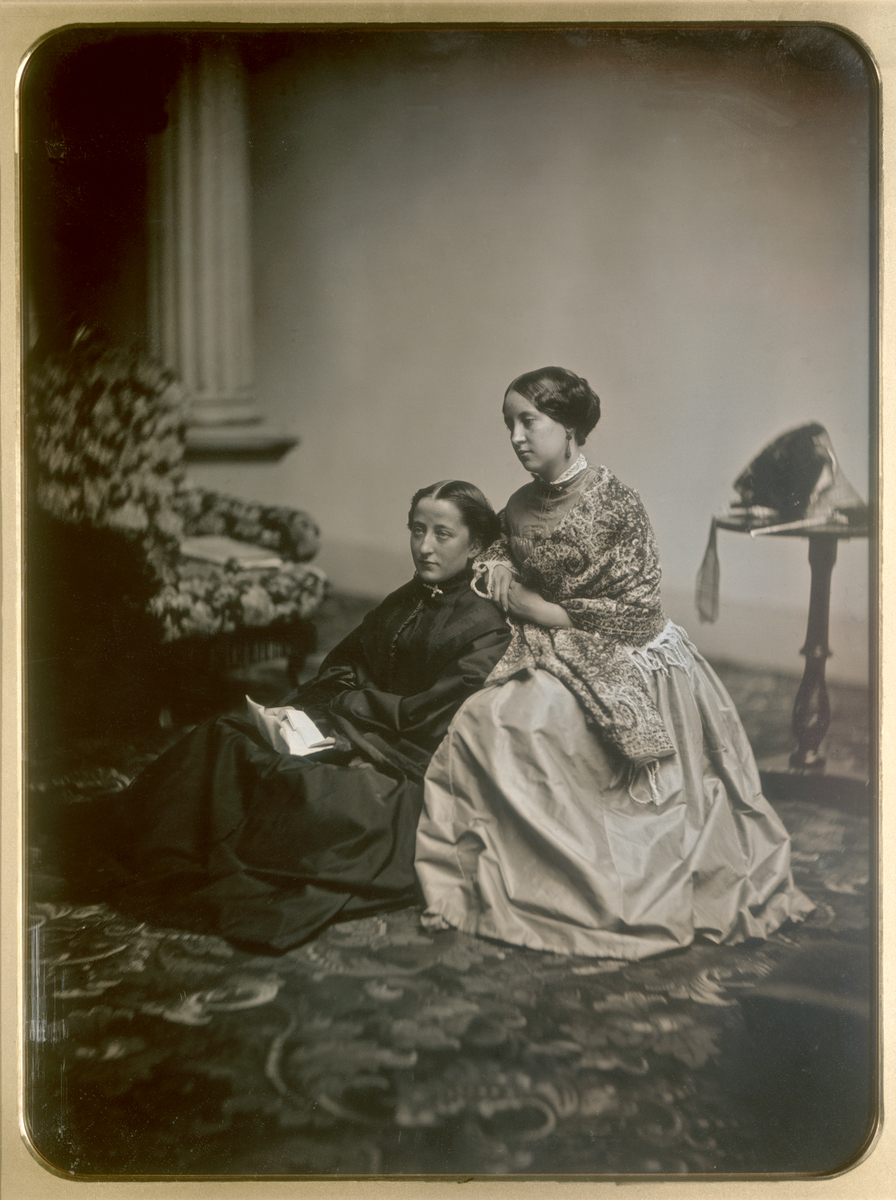 Messrs. Southworth & Hawes would gratefully acknowledge the many favors of their friends, and of the artists and lovers of art in Boston and vicinity…and invite them to an examination of the last most wonderful and most beautiful improvement in Daguerreotypes; the transformation of shadows into substance—the change of pictures upon a plain surface into statuary and solidity.

Only four years after Louis-Jacques-Mandé Daguerre announced his startling discovery of a method to fix the image of nature in Paris in 1839, Albert Sands Southworth and Josiah Johnson Hawes entered into a partnership to create daguerreotype studies of their fellow Bostonians. Working together until 1862, they made vibrant and widely celebrated portraits of this country’s leading citizens. Dignitaries such as Daniel Webster and Oliver Wendell Holmes came to the studio to have their portraits taken, as did prominent social, intellectual, and literary figures, including Ralph Waldo Emerson and Harriet Beecher Stowe. But numerous others, known today only by their portraits, also came. All were rewarded with photographs that, as one contemporary critic exclaimed, captured “the soul of the young nation.” In addition, at a time when other daguerreotypists rarely ventured outside their studios, Southworth and Hawes overcame numerous technical difficulties and made photographs of Boston’s streets, its wharfs and shipyards, cemeteries and schools; they even took the camera into the operating rooms of Massachusetts General Hospital.

Southworth and Hawes’ aspirations for their portraits went far beyond those of the average photographer of their day. Whereas most daguerreotypists, simply concerned with rendering a likeness, used stock poses, painted backdrops, and even head restraints to firmly fix their subjects, Southworth and Hawes were celebrated not just for their technical expertise, but also for their penetrating studies, innovative style, and creative use of natural light. They sought to elevate their subjects “far beyond common nature” and embody their “genius and spirit of poetry,” as Southworth wrote in 1871. “What is to be done is obliged to be done quickly. The whole character of the sitter is to be read at first sight; the whole likeness, as it shall appear when finished, is to be seen at first, in each and all its details, and in their unity and combination.”

Among Southworth and Hawes’ most accomplished studies, The Letter is exceptional in its composition and mood. Most American daguerreotype portraits made in the 1840s and 1850s were frontal, bust-length studies of single figures who rarely show any kind of facial expression because of the often long exposure times. The Letter, however, is a highly evocative study. With its carefully constructed composition and tight pyramidal structure, it presents two thoughtful young women contemplating a letter. Through their posture and expression, these women seem to gain not only physical support from each other, but also emotional strength. Although the identity of the women is unknown, as is the content of the letter, this large and distinguished daguerreotype reflects Southworth and Hawes’ aspiration to capture “the life, the feeling, the mind, and the soul” of their subjects.

(Text by Sarah Greenough, published in the National Gallery of Art exhibition catalogue, Art for the Nation, 2000)

source: the National Gallery of Art