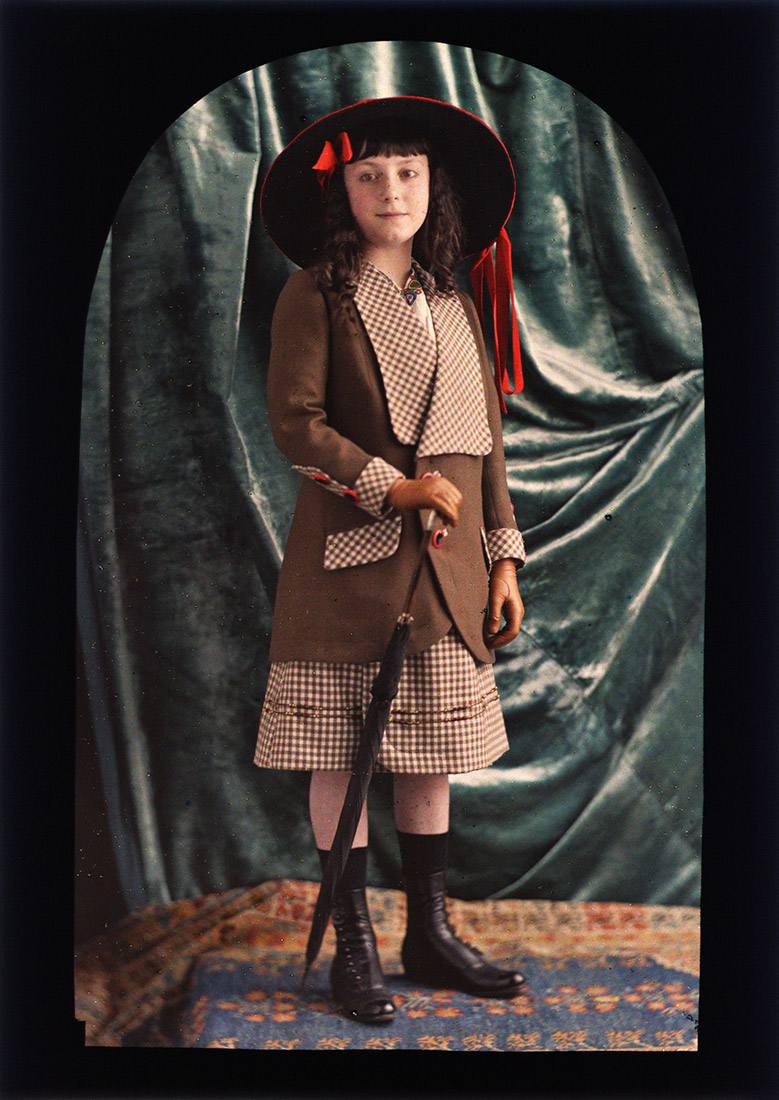 Tournassoud was an early autochrome practitioner, who learned directly from the Lumiere brothers. The son of a shoemaker in Montmerle-sur-Saône, France, Jean Tournassoud was born in 1866. He left his shoemaking activity in 1887 for the military life. He graduated in 1895 from the Academy of Versailles. In 1890 Tournassoud met Auguste and Louis Lumière, the famous scientists and inventors of the cinematography and later of the autochrome. They introduced him to the techniques of black and white photography and later taught him the art of the autochrome. Jean Tournassoud’s work is conserved in the Musée Nicephore Niepce of Châlon sur Saône, the Musée Départemental de Bourg en Bresse, the Musée de l’Armée, the Musée Clémenceau in Paris, the Institut Lumière in Lyon and in private collections. He died in 1951 at the age of 84