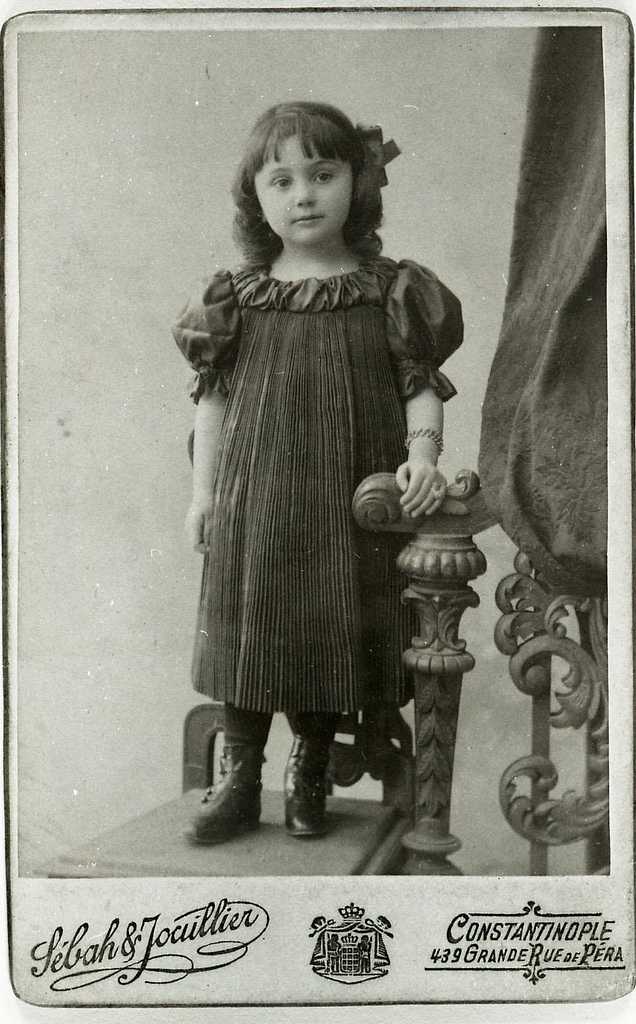 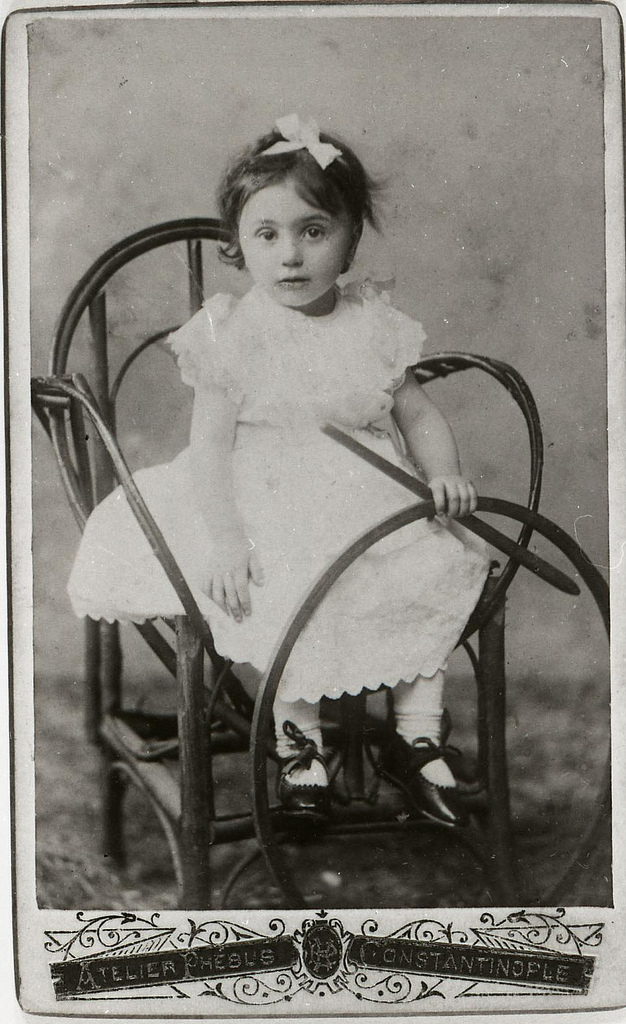 The same girl as a bride-to-be. Araxie Injidgjin and Edward Michael Papazian, taken just before they were married, ca. 1922: 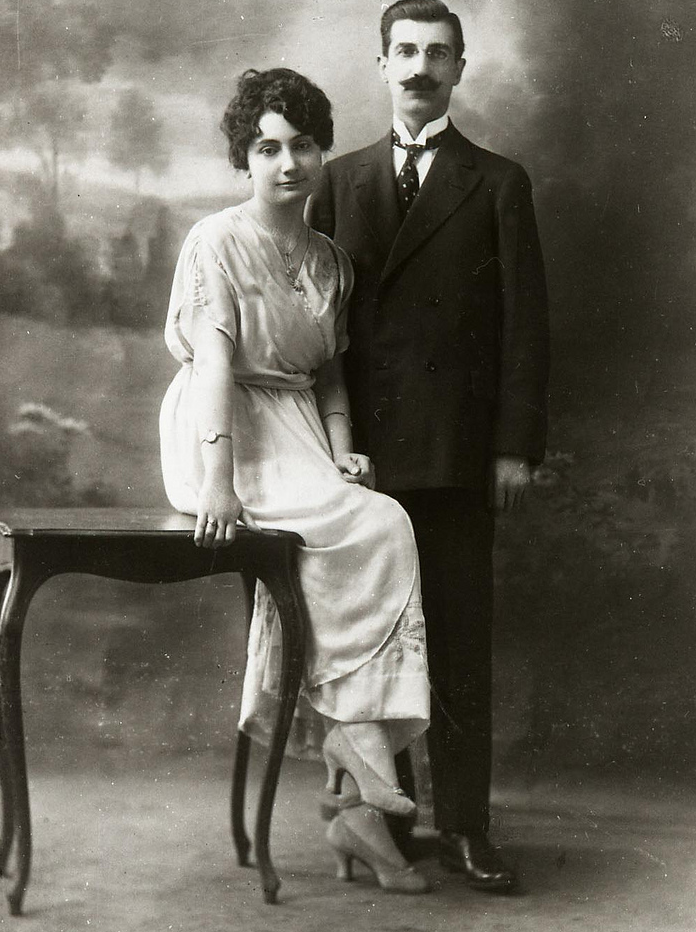 Edward Michael Papazian and Araxie came to England from Turkey in 1922. They came to Manchester where Araxie had a brother who was working in shipping. Edward studied at Manchester University whilst Araxie, helped by English neighbours, learnt the English language and customs. They had one son, Arto, who is a former industrial chemist but who now runs an industrial safety agency from his home.