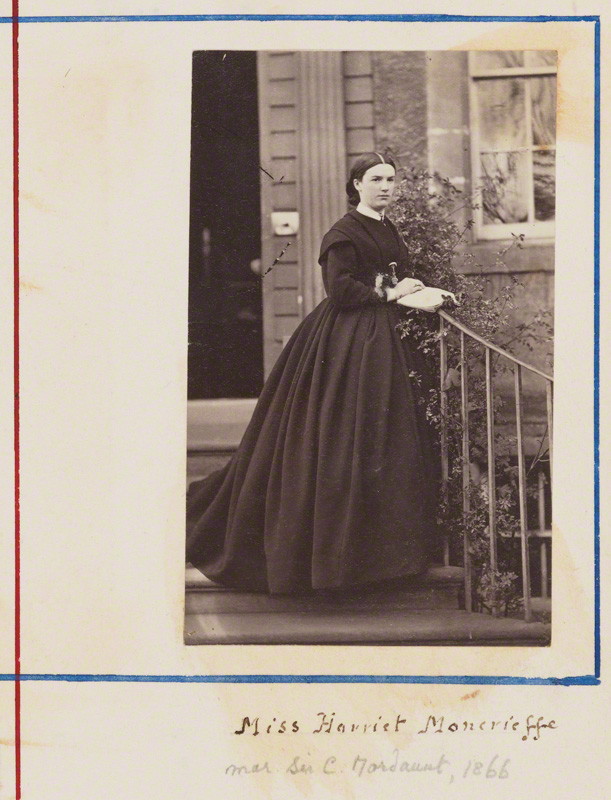 Harriet Sarah, Lady Mordaunt (7 February 1848 – 9 May 1906), formerly Harriet Moncreiffe, was the Scottish wife of an English baronet and Member of Parliament, Sir Charles Mordaunt. She was the respondent in a sensational divorce case in which the Prince of Wales (later King Edward VII) was embroiled and, after a counter-petition led to a finding of mental disorder, spent the remaining thirty-six years of her life initially in several privately rented houses, and then in various private lunatic asylums, finally ending her days in Sutton, Surrey.

She was the sister of the Countess of Dudley.

Here is another photo of her here: 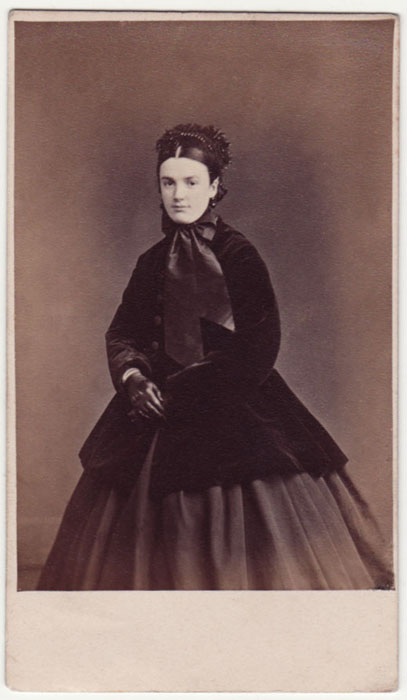 Via: The National Portrait Gallery, America Pink, Find a Grave, Mordaunt Me