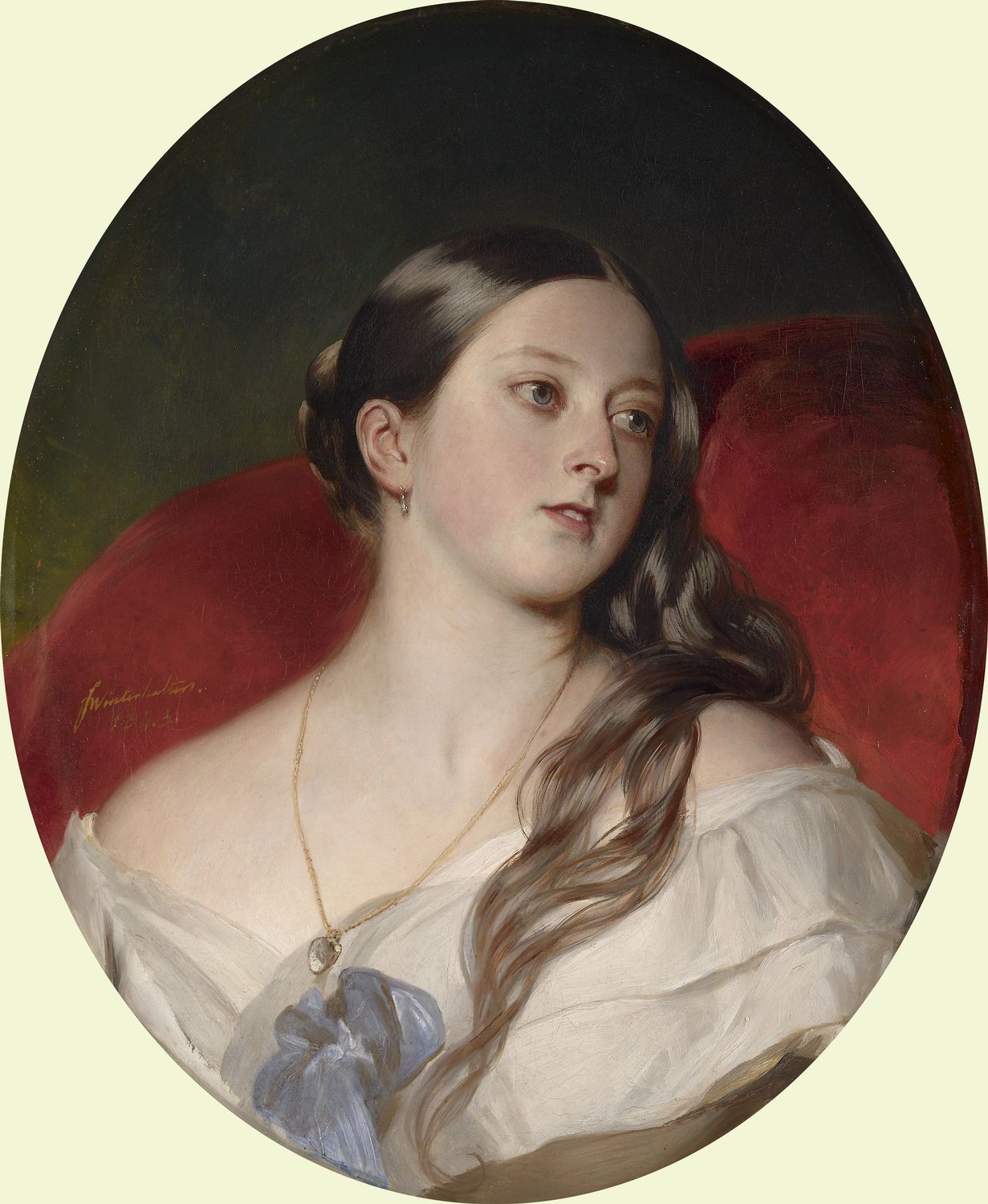 While the Royal couple chose Winterhalter to paint their official portraits, they also entrusted him with more private images. Here Queen Victoria is seen in an intimate and alluring pose, leaning against a red cushion with her hair half unravelled from its fashionable knot. In her Journal (13 July 1843), the Queen recorded the progress of this, ‘the secret picture’ – prepared as a surprise for her husband’s twenty-fourth birthday. The plot was successful, as the Queen wrote: ‘he thought it so like, & so beautifully painted. I felt so happy & proud to have found something that gave him so much pleasure’ (Journal, 26 August, 1843). The painting was hung in Prince Albert’s Writing Room at Windsor. Several copies were made in miniature – a particularly suitable format for such an intimate image. The Queen later referred to it as ‘my darling Albert’s favourite picture’ (Journal, 2 January, 1873). In many of his portraits Winterhalter delights in depicting costume with veracity and exuberance. Here, however, the focus is not on fashion and the white flounced gown is minimally painted. The only detail of ornament is the purple ribbon and the jewellery – a pair of simple drop earrings and a heart-shaped pendant on a gold chain. This pendant may be the glass heart-shaped locket containing a lock of Prince Albert’s hair which the Queen wore ‘day and night’ before her marriage (Journal, 12 November, 1839). Such a jewel would have been a touching symbol of the Queen’s devotion to her husband in a picture meant purely for his eyes.