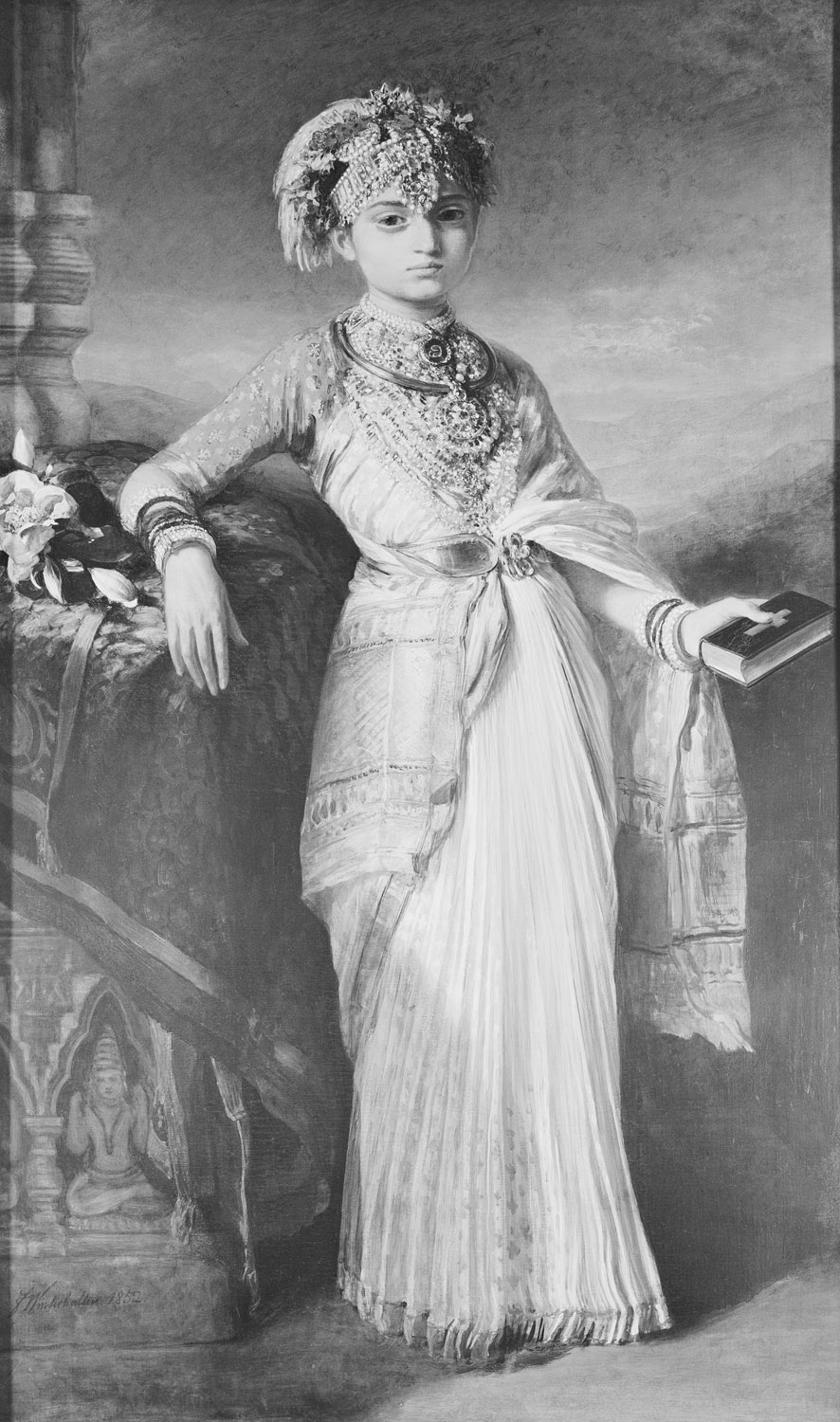 Princess Gouramma (1841-64) was the daughter of the ex-Raja of Coorg. She was baptised in the Chapel at Buckingham Palace on 1 July 1852 and took the name ‘Victoria’, with Queen Victoria as her Sponsor. She had been considered a suitable bride for the Maharaja Duleep Singh whose portrait is also in the Royal Collection, but he declined to marry her. In 1860 she married Colonel John Campbell. Here the Princess is depicted in Indian dress and rich jewellery, leaning on an Indian table. She is holding a Bible, an allusion to her conversion to Christianity. Signed and dated: Franz Xaver Winterhalter, 1852.