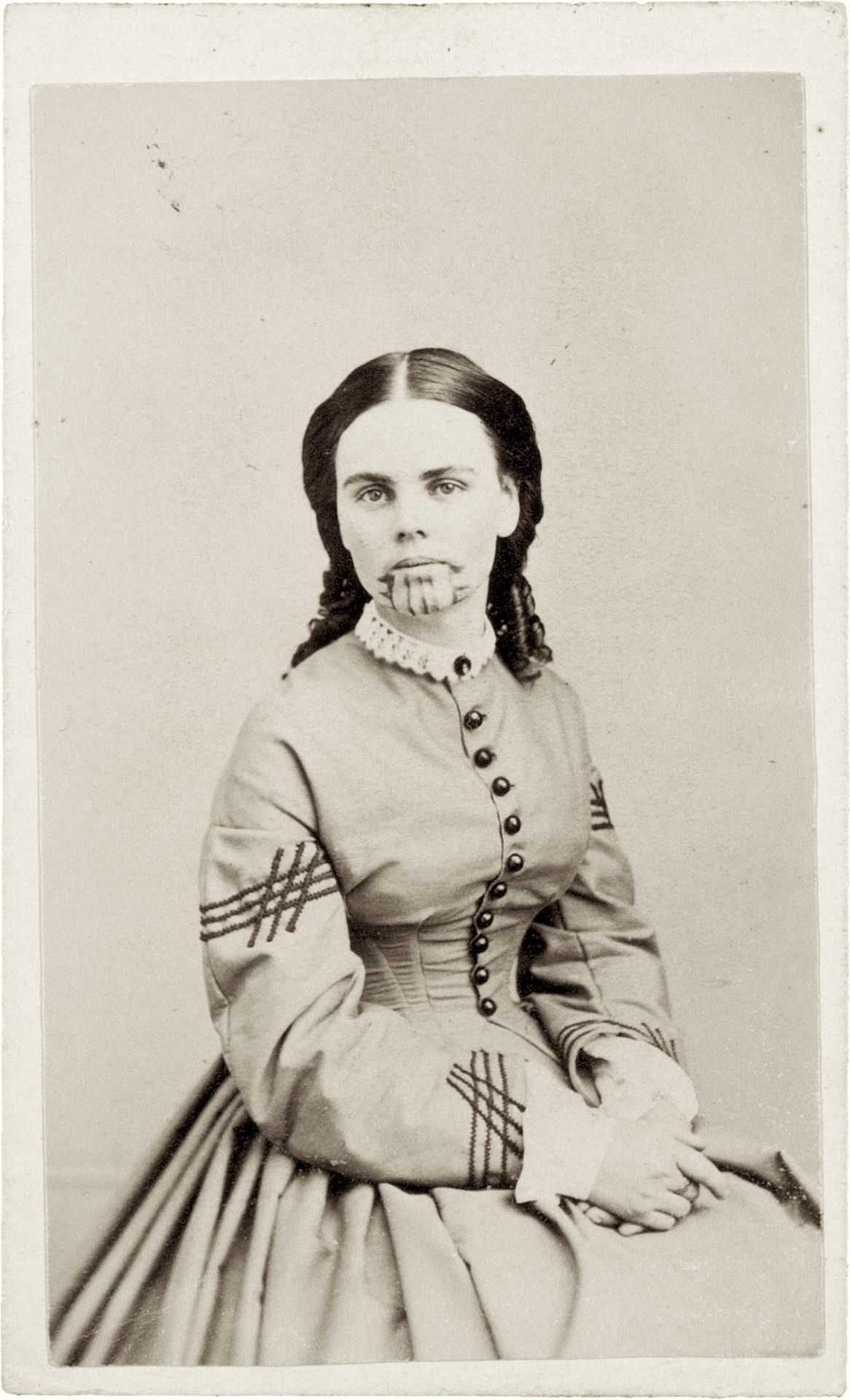 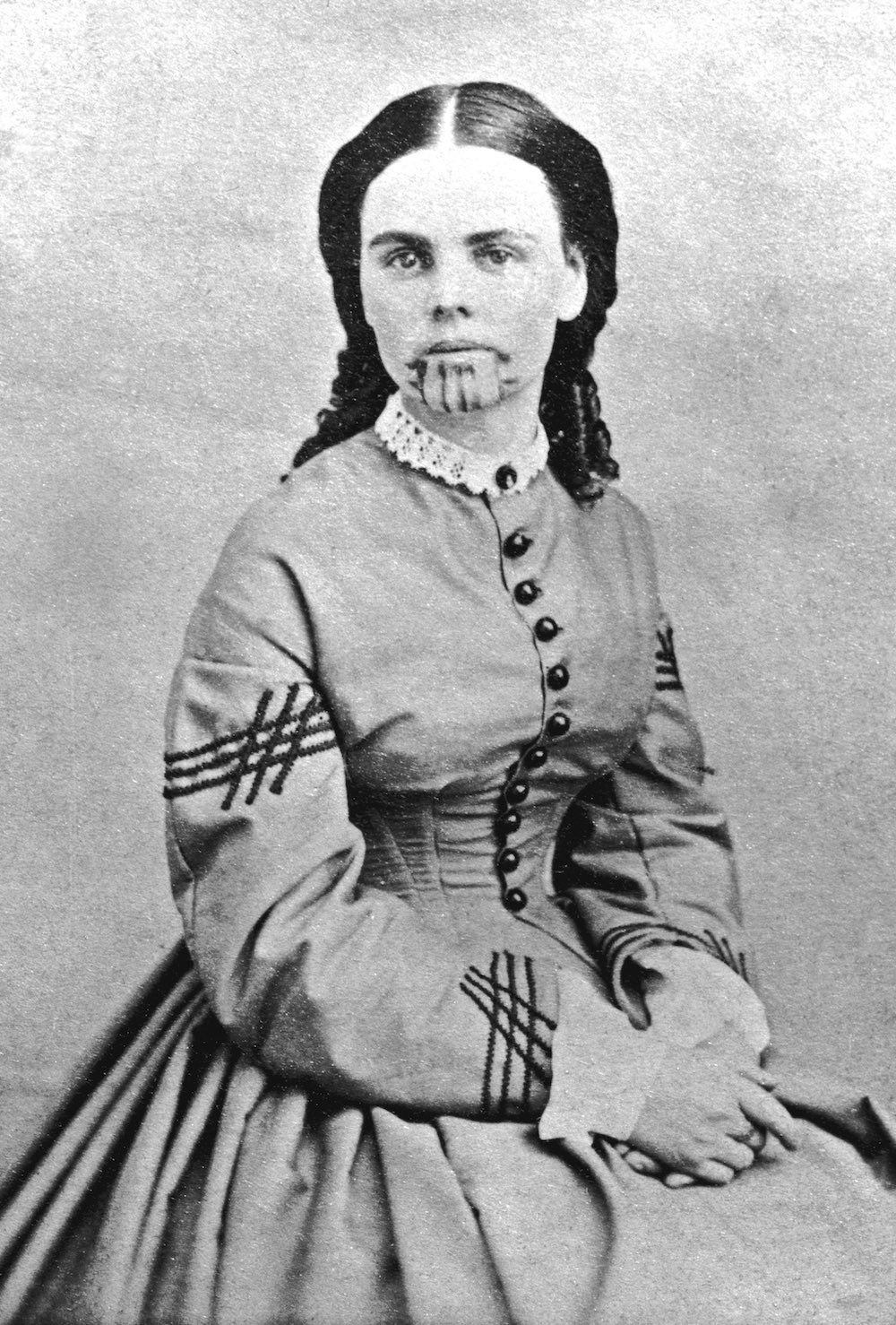 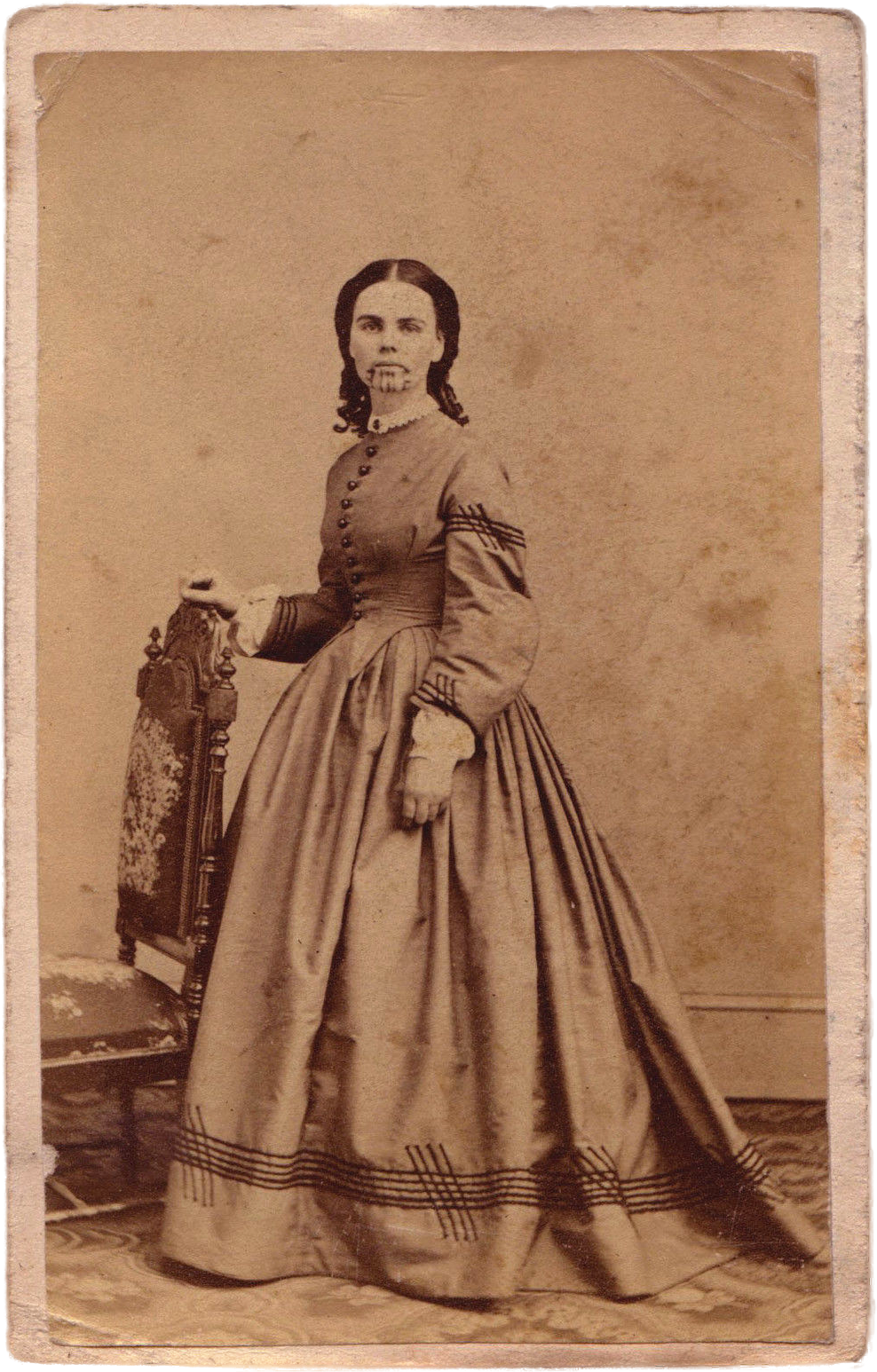 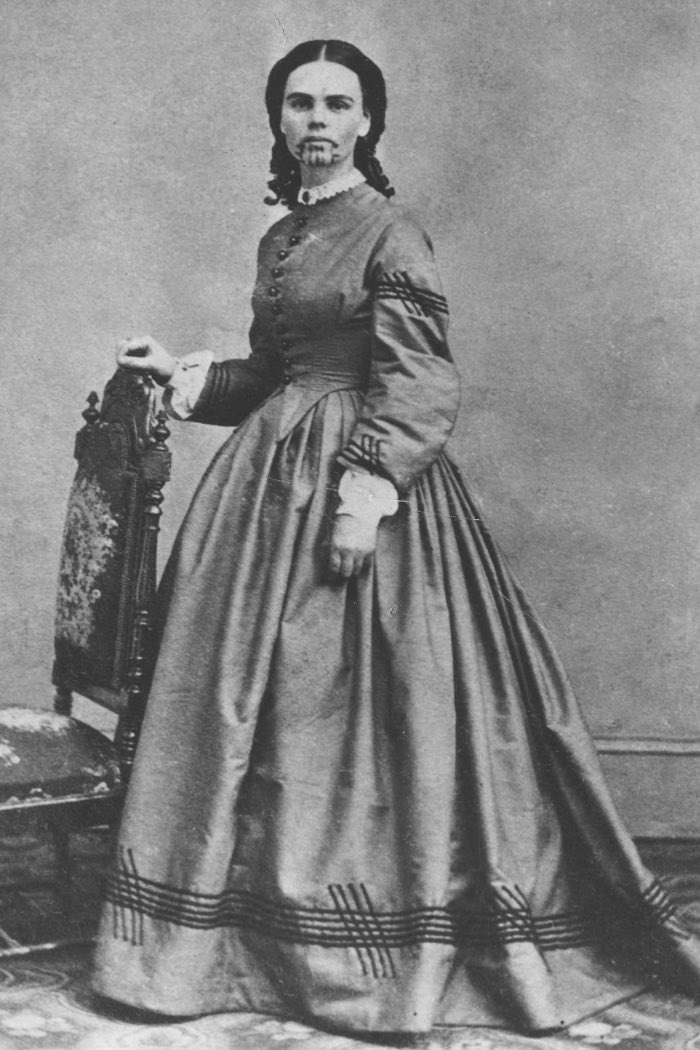 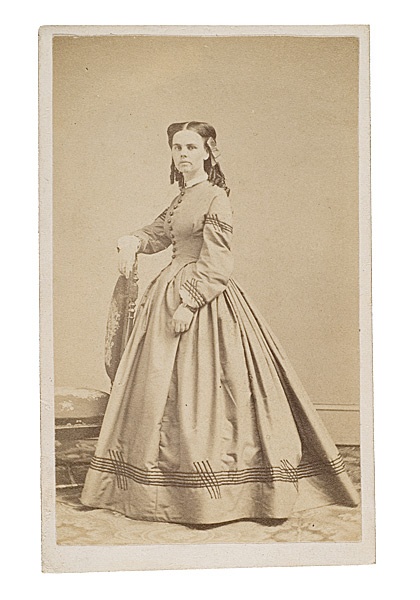 Olive Oatman (1838–1903) was the first tattooed white woman in the U.S. After her family was killed by Yavapais Indians, on a trip West in the eighteen-fifties, she was adopted and raised by Mohave Indians, who gave her a traditional tribal tattoo. When she was ransomed back, at age nineteen, she became a celebrity. 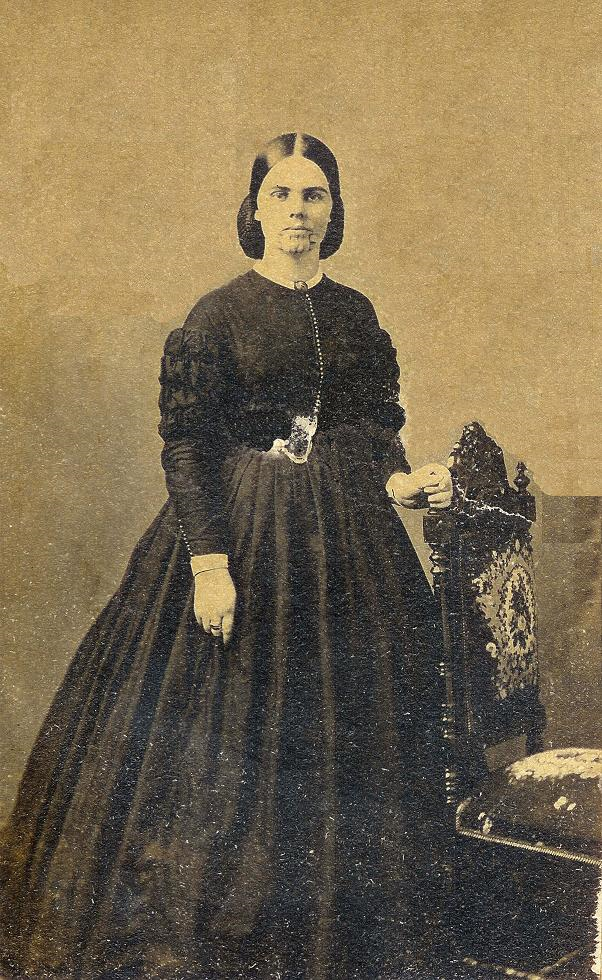 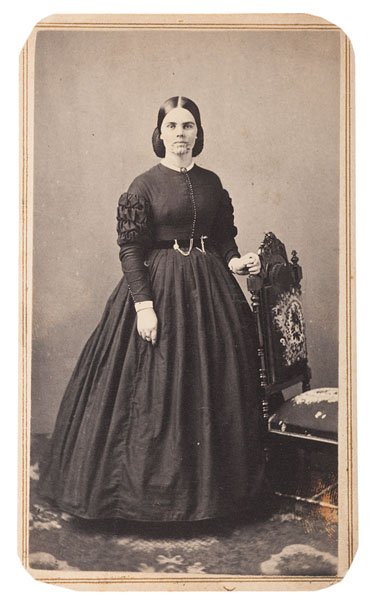 CDV by Powelson, Rochester, NY, with inked identification (or possible signature?)  Olive Oatman / Rochesteron verso. She wears a dark dress, with vertical lines tattooed on her chin, a clear indication of her time as a captive. She appears a few years older than she does in the more commonly seen images.