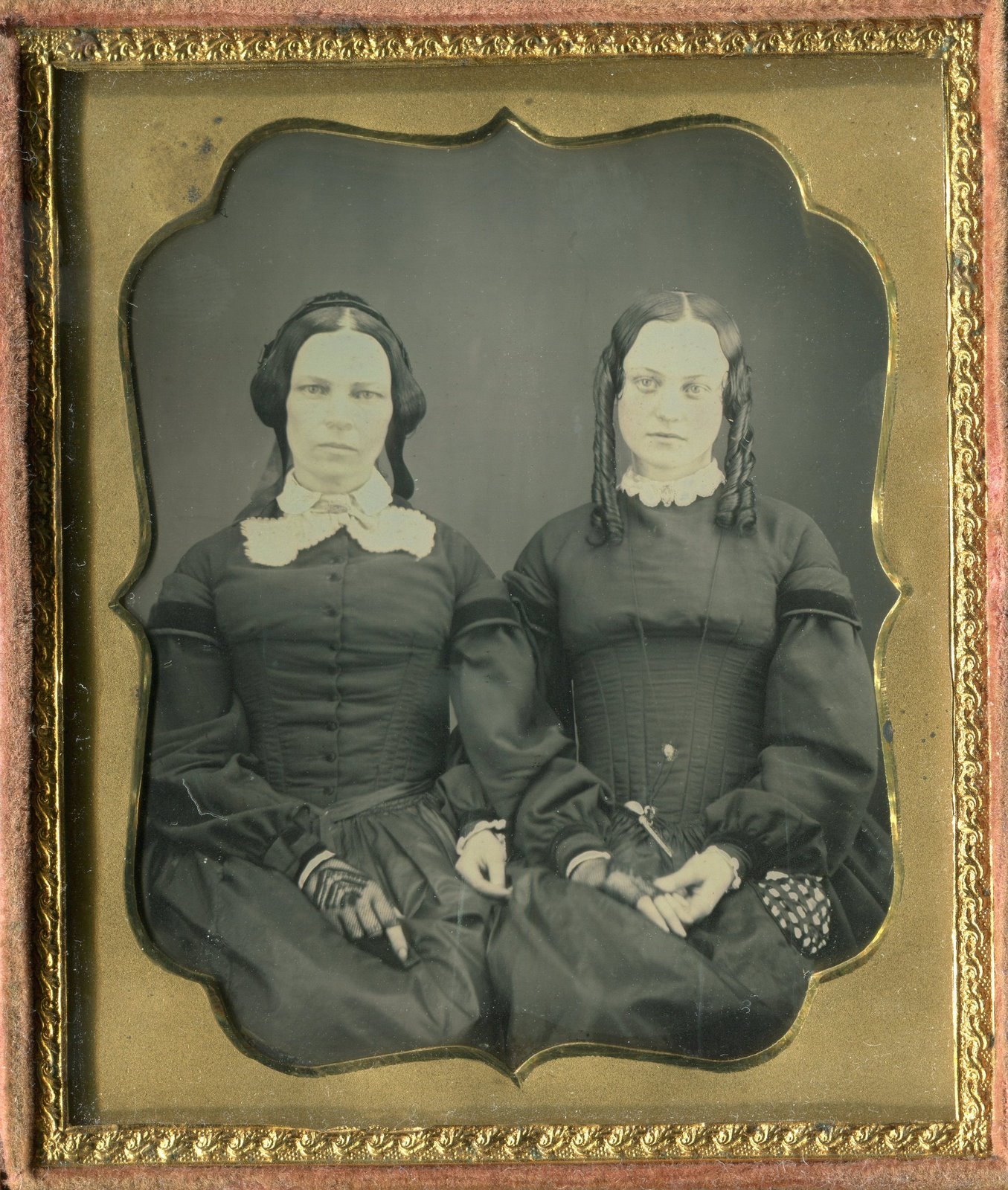 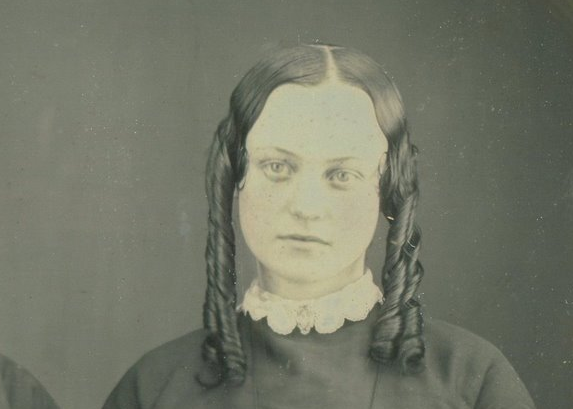 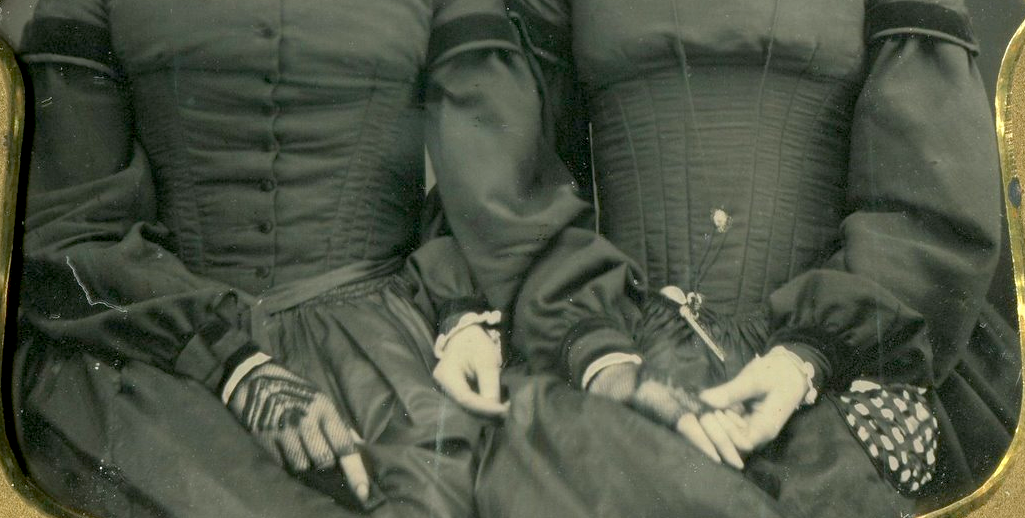 Note the detail of the girl’s pen necklace, or pencil necklace. On the same chain is also a watch or medallion, which is half-tucked into what seems like a hidden pocket sewn in the dress. On the right side of the image we see a kind of decoration of the dress. I wonder if it is a handbag, or a sew-on pocket – it is hard to see clearly on the photo. I wonder what it is… The daughter has such an innocent expression on her face, she is so lovely. Whereas the mother looks so sour and bad tempered. And the daughter looks rather repressed by her mother, a feeling which is enhanced even more by the stiff corset the girl is wearing. You can clearly see the corset’s contours. I think the girl looks like model/actress Noot Seear, or actress Olivia Wilde.