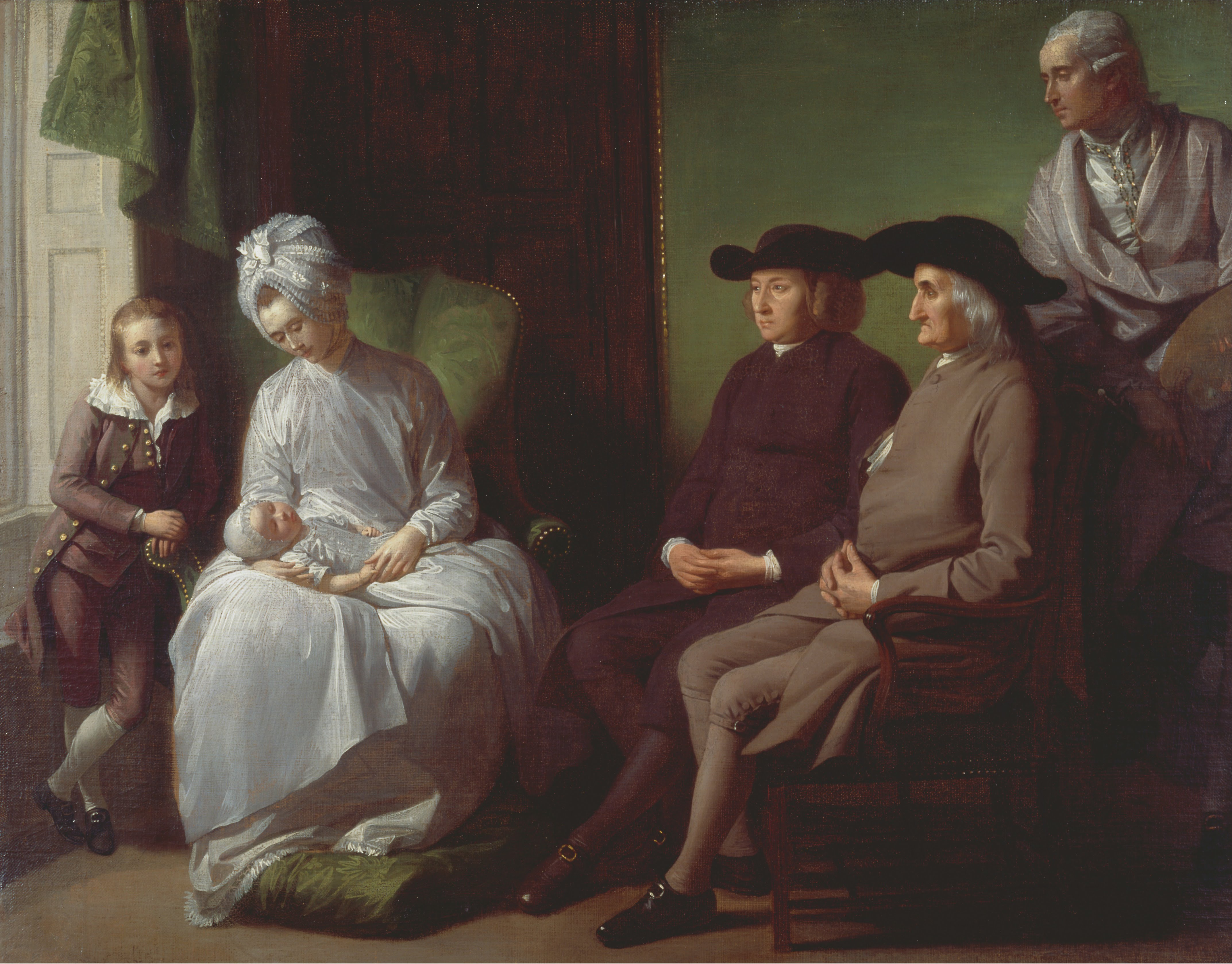 The Artist and his Family by Benjamin West, ca. 1772

Despite its small size – it measures less than twenty-seven inches across – Benjamin West’s “The Artist and His Family” is a forceful statement of personal and professional ambition. The “neat little scene of domestic happiness,” as it was called by the “Morning Chronicle” (25 April 1777) was probably painted with the express purpose of serving as a modello for an engraving published by Boydell in 1779. Dedicated to Catherine the Great, Empress of Russia, the print—as well as the lofty references to religious art in “The Artist and His Family”—indicates the scope of West’s ambitions to be known internationally as a history and portrait painter through the calling card of this seemingly modest family picture.

The painting marks two generative events: the birth of West’s second child and the reunion of the American and British members of the West family. After Benjamin West settled in London, his English-born father, John, returned from America for the first time in nearly fifty years. There, John met his long-lost son Thomas, shown as a man of fifty-six seated next to his white-haired father. This earlier reunion between John and Thomas—both practicing Quakers, as indicated by their costume—is echoed in the 1772 gathering, in which grandfather and uncle call to see the newest member of the West family.

Jules Prown has referred to “The Artist and His Family” as “a nativity in Hammersmith,” denoting the sacred aura that infuses this domestic scene, probably painted at the artist’s villa near the Thames in Hammersmith (Prown, 2002, p. 117). Betsy West (born Elizabeth Shewell), cradling her child in her lap, is a secular Madonna, visited by two magi in the forms of John and Thomas West. The artist, dressed in a lavender gown and holding his palette and maulstick as markers of his profession, echoes the marginalized physical placement of Joseph in traditional Nativity scenes.

There are two other paintings of father and son here, and mother and baby here.