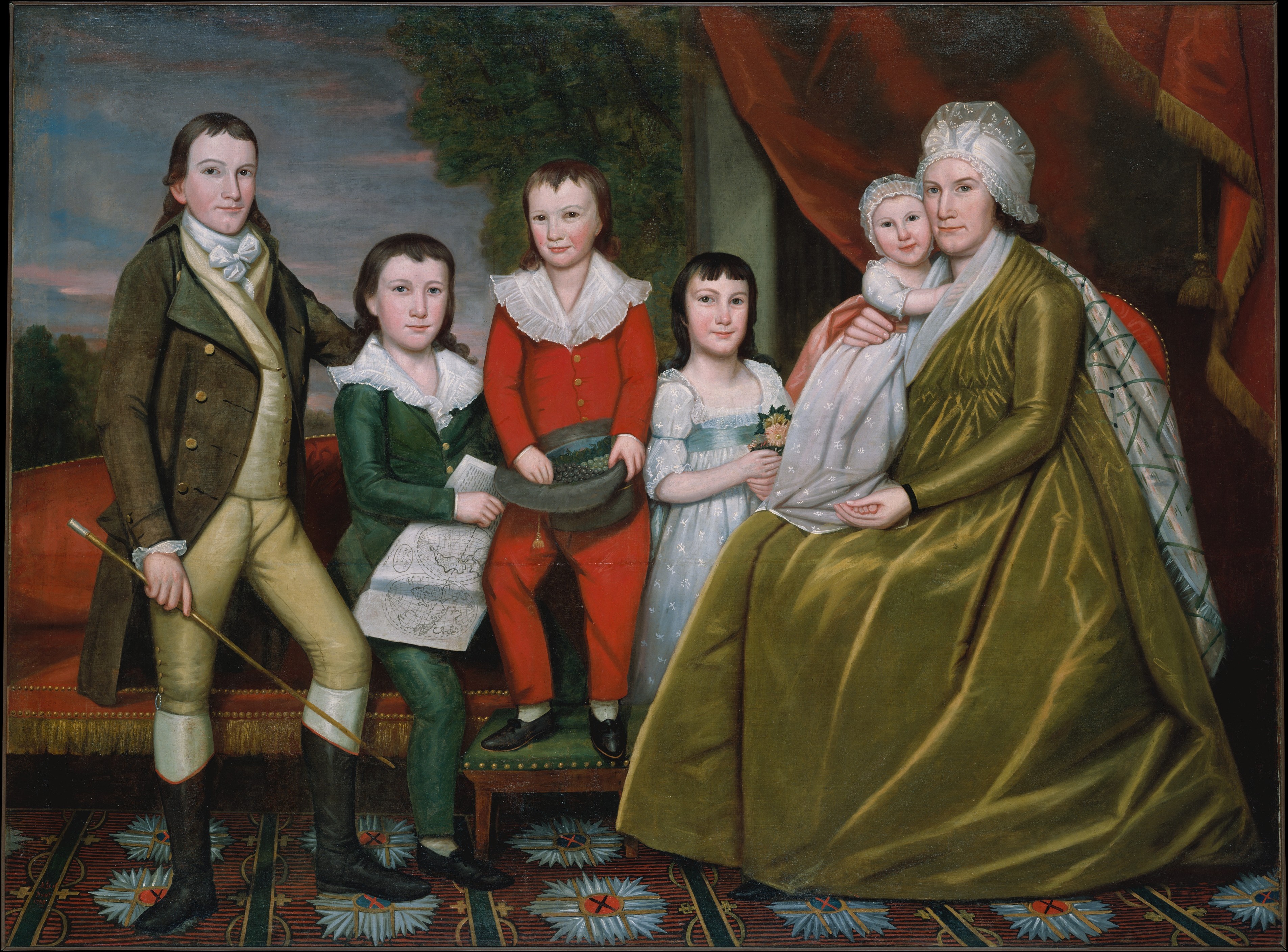 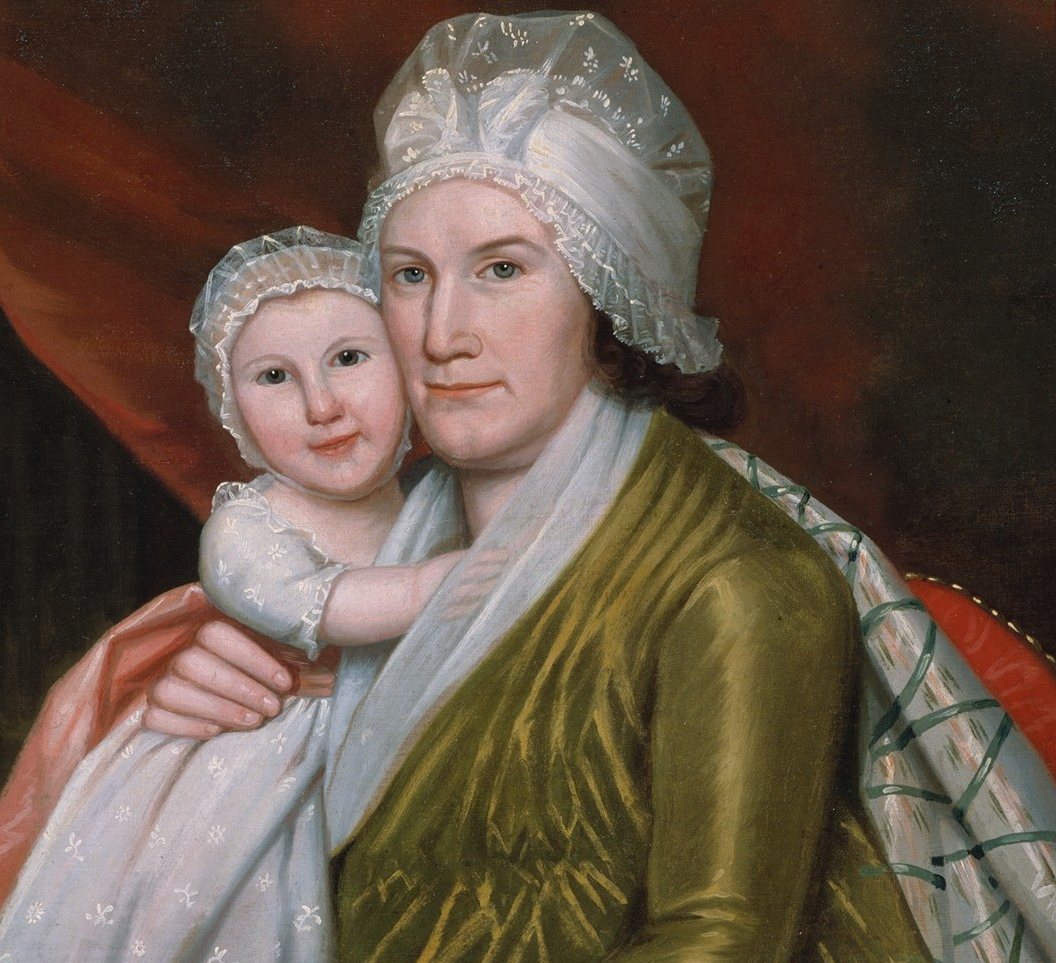 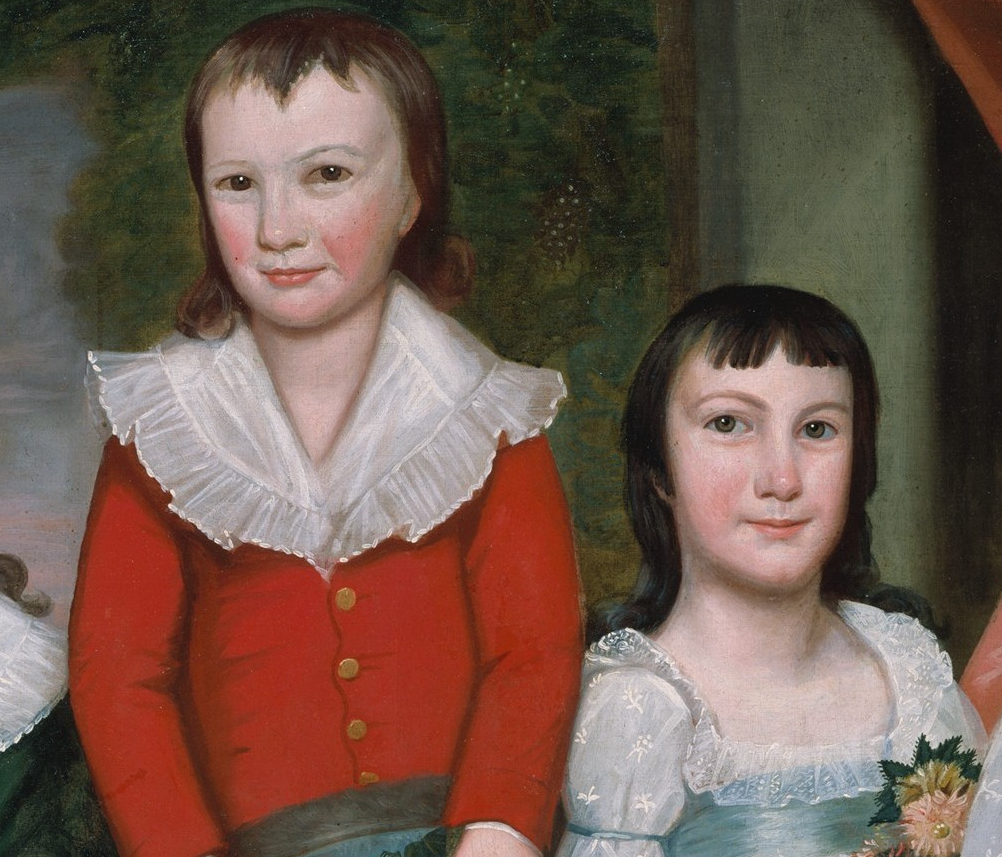 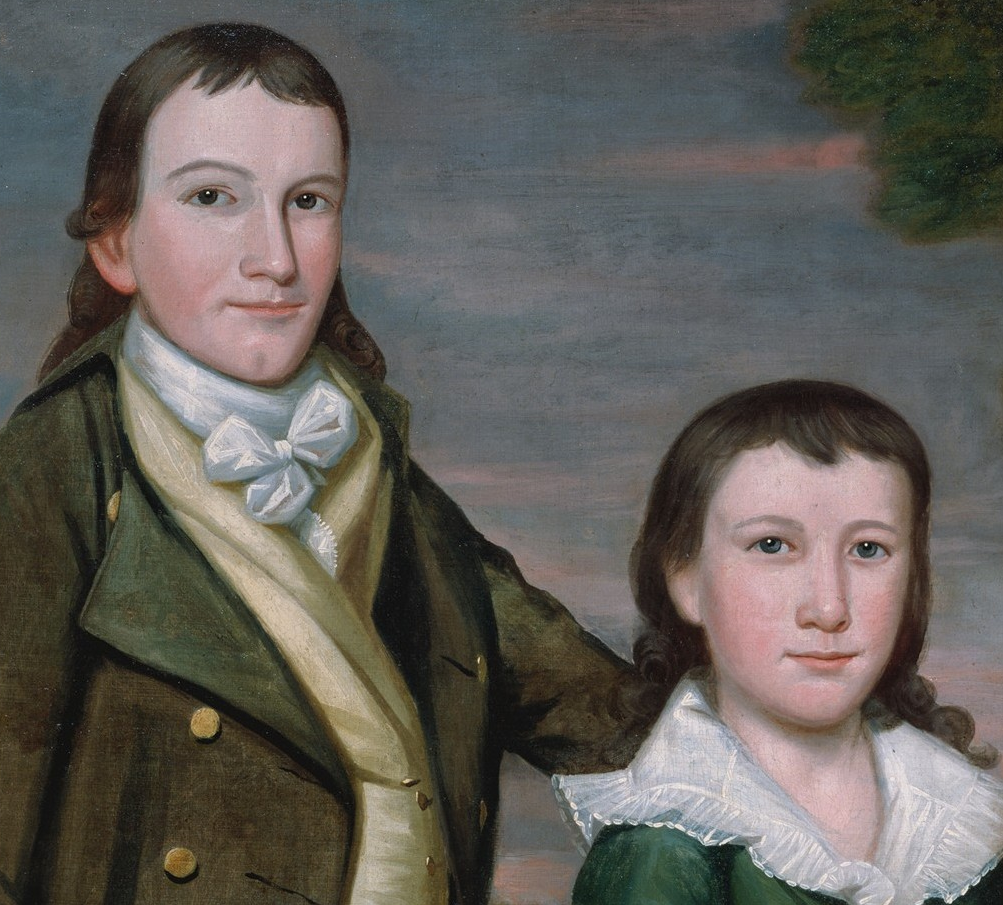 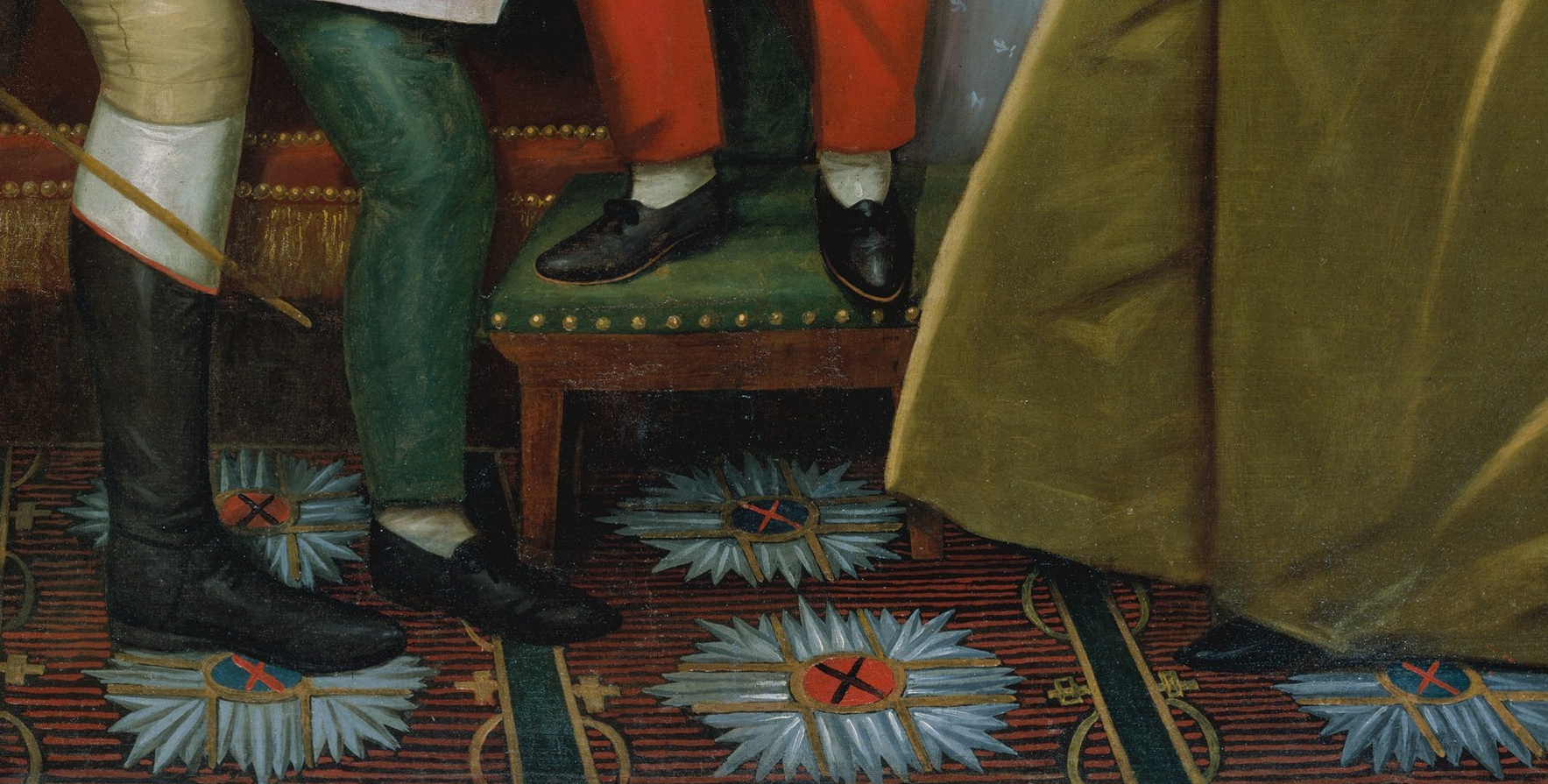 Mrs. Noah Smith and Her Children by Ralph Earl, 1798

Descended from farmers in Worcester County, Massachusetts, Earl was a highly trained portraitist who tempered his style to suit his rural subjects. After seven years of study in London, Earl became an itinerant artist in Connecticut and Vermont; he devised a manner of painting that betrayed his knowledge of fashionable English portraiture while appealing to his clients’ restrained tastes and pious values. A key example is this complex group portrait of Chloe Burrall Smith (1757–1810) and her five children, a grand and stylish work executed in Bennington, Vermont, in a simple technique and a vivid palette of greens and reds.

The puzzling thing about this painting is the similarity with the portrait of Mrs. Elijah Boardman and son (see my other post here), also by the same painter. The compositions is similar, the window on the left, the red chair, the same drape with gold fringe and tassel, but most of all: the same particular tile floor is exactly the same. Which makes me wonder: was this the painter’s studio where he painted several sitters, or were the sitters of both painting acquainted? Or shared the same house? Or was this setting and props just part of the painter’s ‘repertoire’?