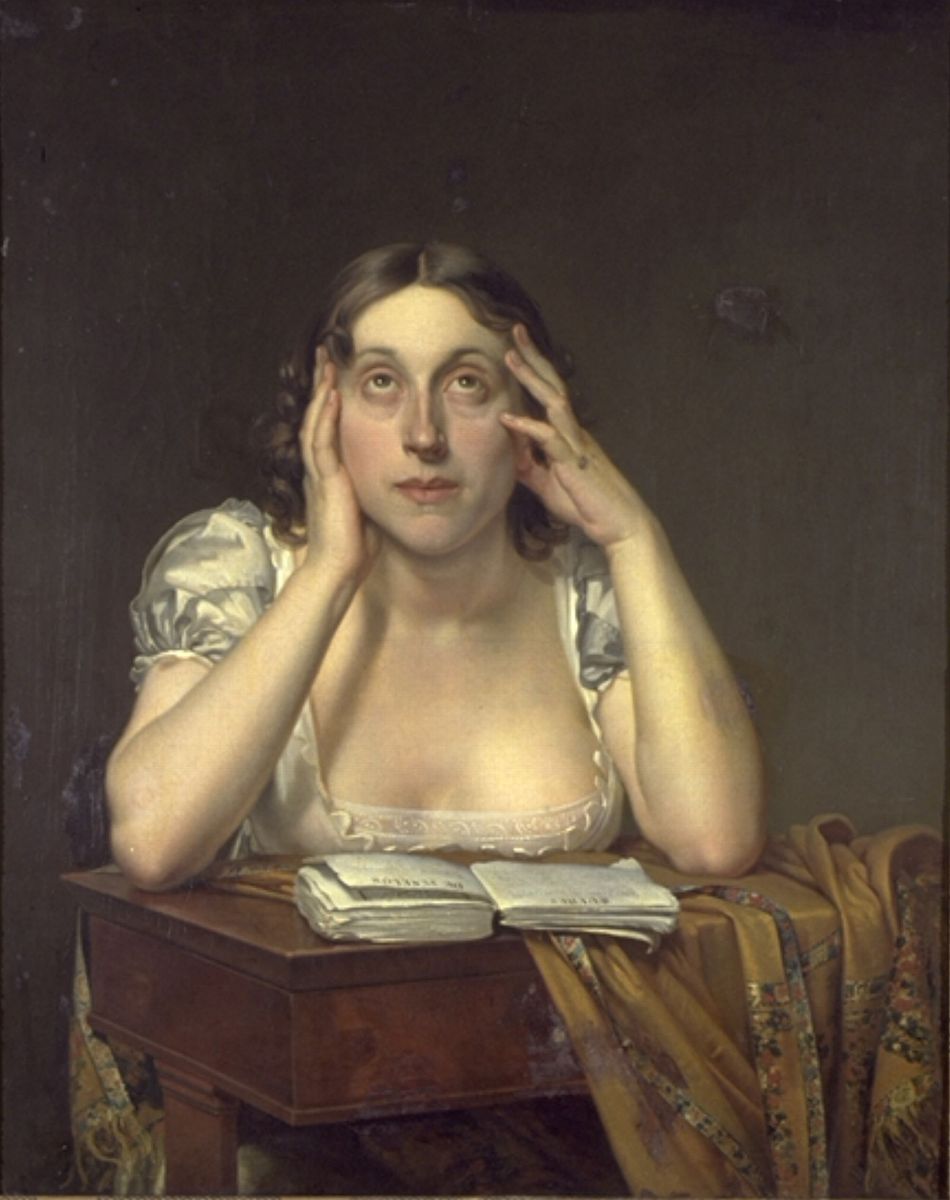 Marceline Desbordes-Valmore (June 20, 1786 – July 23, 1859) was a French poet and novelist. She was born in Douai. Following the French Revolution, her father’s business was ruined, and she traveled with her mother to Guadeloupe in search of financial help from a distant relative. Marceline’s mother died of yellow fever there, and the young girl somehow made her way back to France. At age 16, back in Douai, she began a career on stage. In 1817 she married her second husband, the actor Prosper Lanchantin-Valmore.

She published Élégies et Romances, her first poetic work, in 1819. Her melancholy, elegiacal poems are admired for their grace and profound emotion. In 1821 she published the narrative work Veillées des Antilles. It includes the novella Sarah, an important contribution to the genre of slave stories in France.

Marceline appeared as an actress and singer in Douai, Rouen, the Opéra-Comique in Paris, and the Théâtre de la Monnaie in Brussels, where she notably played Rosine in Beaumarchais’s Le Barbier de Séville. She retired from the stage in 1823. She later became friends with the novelist Honoré de Balzac, and he once wrote that she was an inspiration for the title character of La Cousine Bette.

The publication of her innovative volume of elegies in 1819 marks her as one of the founders of French romantic poetry. Her poetry in is also known for taking on dark and depressing themes, which reflects her troubled life. She is the only female writer included in the famous Les Poètes maudits anthology published by Paul Verlaine in 1884. A volume of her poetry was among the books in Friedrich Nietzsche’s library.

She died in Paris.