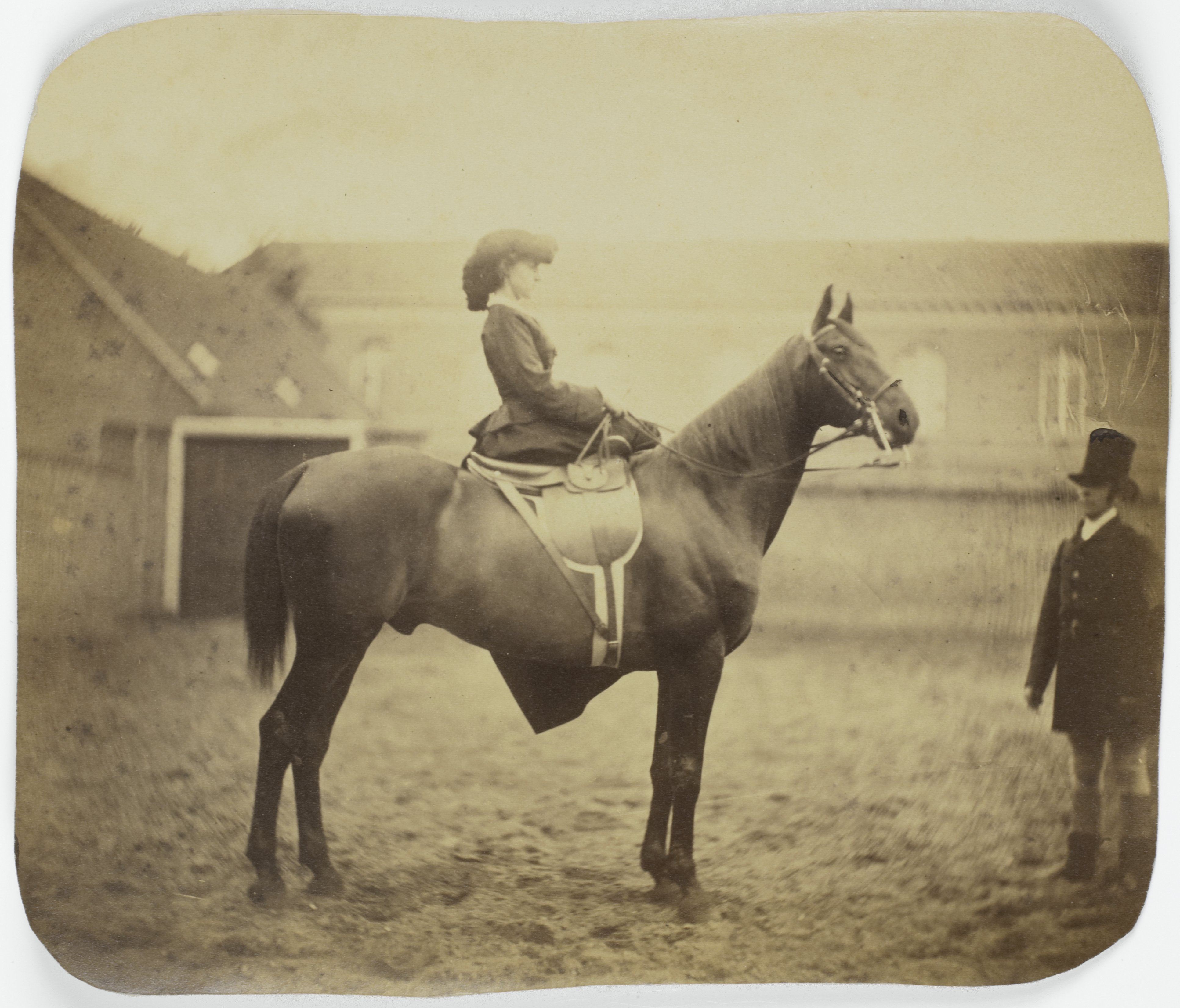 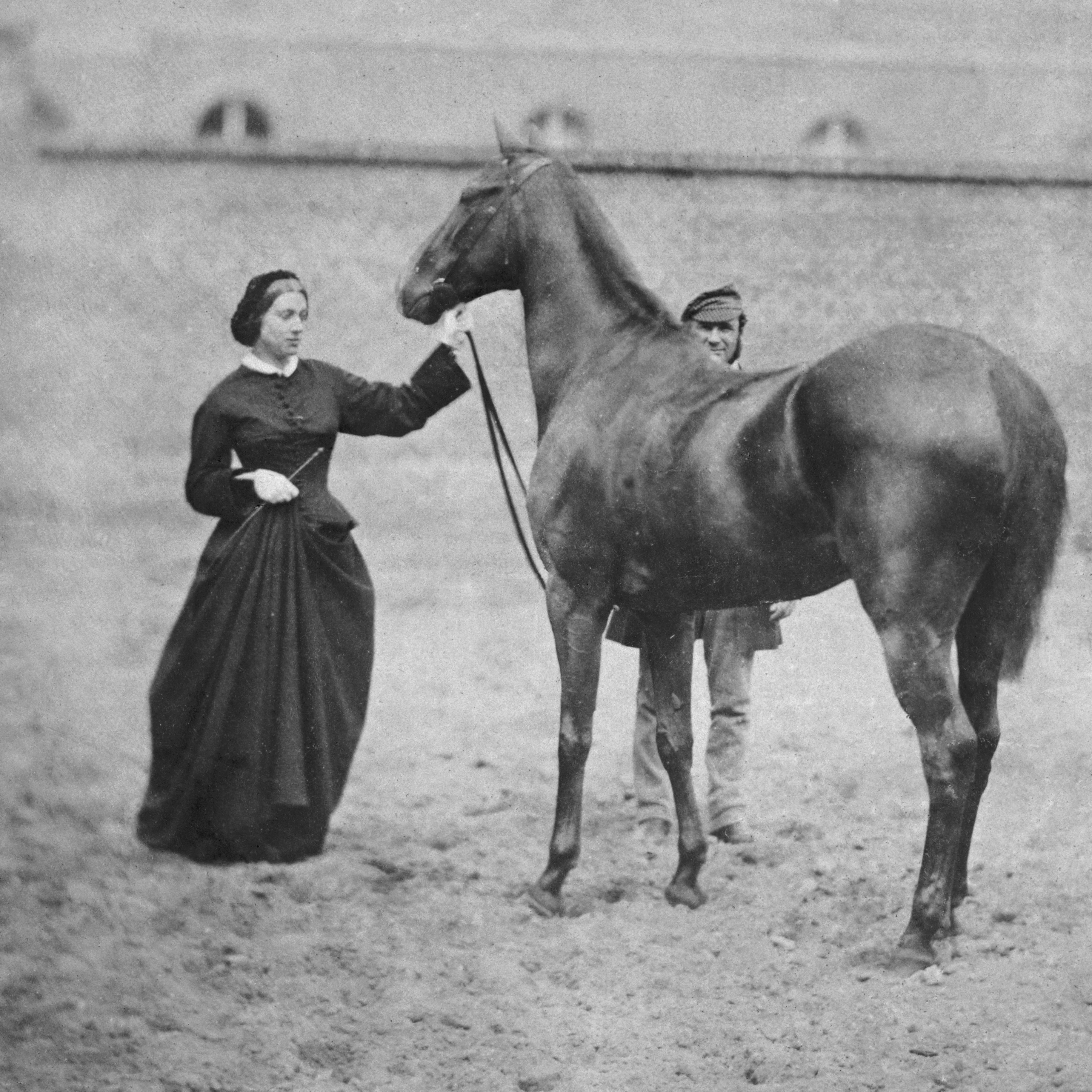 On the back of the photo the following tragic note: “Alexandrine Tinne some time before her depart from the Netherlands. Later, assassinated by indigenous in Africa.” The photo is probably taken in the summer of 1860. She is pictured in the Stables of the Hague, Kazernestraat 50. On my other blogpost here you can see a painting of Tinne, also on horseback, several years earlier.

Read her tragic story (via Wikipedia):

Alexandrine was the daughter of Philip Frederik Tinne and Baroness Henriette van Capellen. Philip Tinne was a Dutch merchant who settled in England during the Napoleonic wars and later returned to his native land. Henriette van Capellen, daughter of a famous Dutch Vice-Admiral, Theodorus Frederik van Capellen, was Philip’s second wife, and Alexandrine was born when he was sixty-three. Young Alexandrine was tutored at home, and showed a proficiency at piano. Her wealthy father died when she was ten years old, leaving her the richest heiress in the Netherlands.

For the first extensive journey in Central Africa Alexine Tinne left Europe in the summer of 1861 for the White Nile regions. Accompanied by her mother and her aunt, she set out on 9 January 1862. After a short stay at Khartoum the party ascended the White Nile to Gondokoro, the first European women to arrive there. Alexandrine fell ill and they were forced to return reaching Khartoum on 20 November. Directly after their return Theodor von Heuglin and Hermann Steudner met with the Tinne’s and the four of them planned to travel to the Bahr-el-Ghazal, a tributary of the White Nile, in order to reach the countries of the ‘Niam-Niam'(Azande). Heuglin and Steudner left Khartoum on 25 January, ahead of the expedition. The Tinnes followed on 5 February. Heuglin also had a geographical exploration in mind, intending to explore the uncharted region beyond the river and to ascertain how far westward the Nile basin extended; also to investigate the reports of a vast lake in Central Africa eastwards of those already known, most likely the lake-like expanses of the middle Congo.