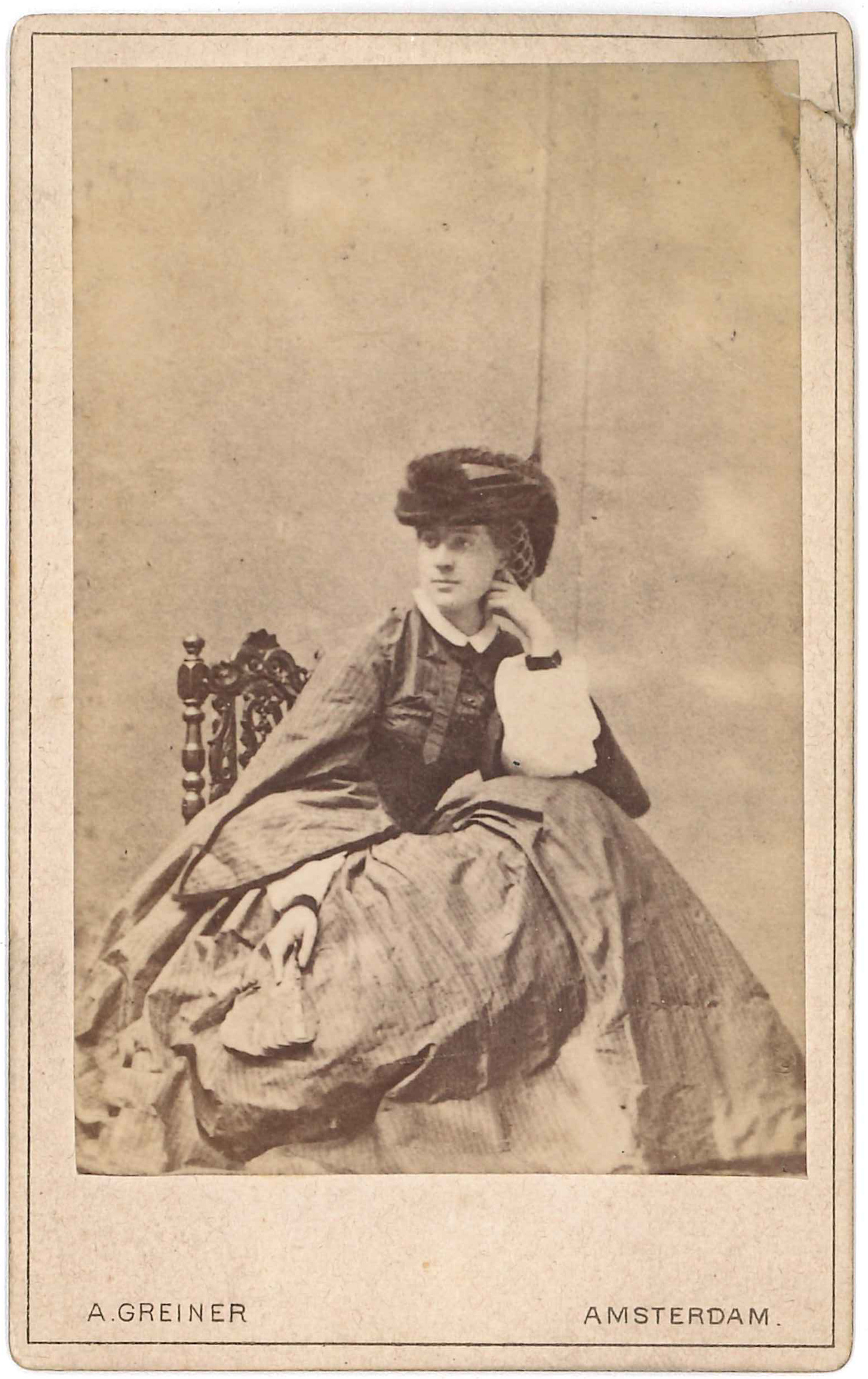 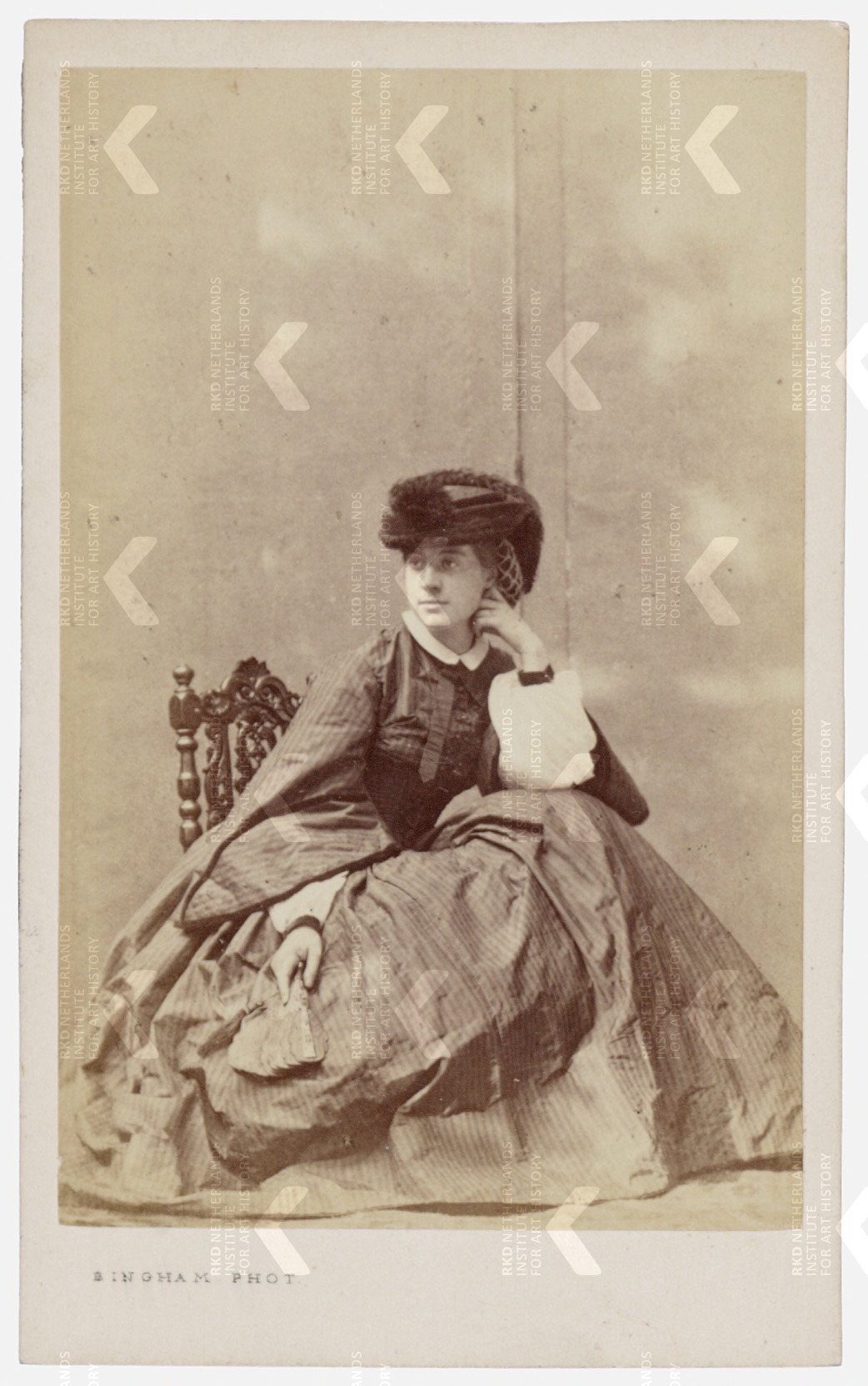 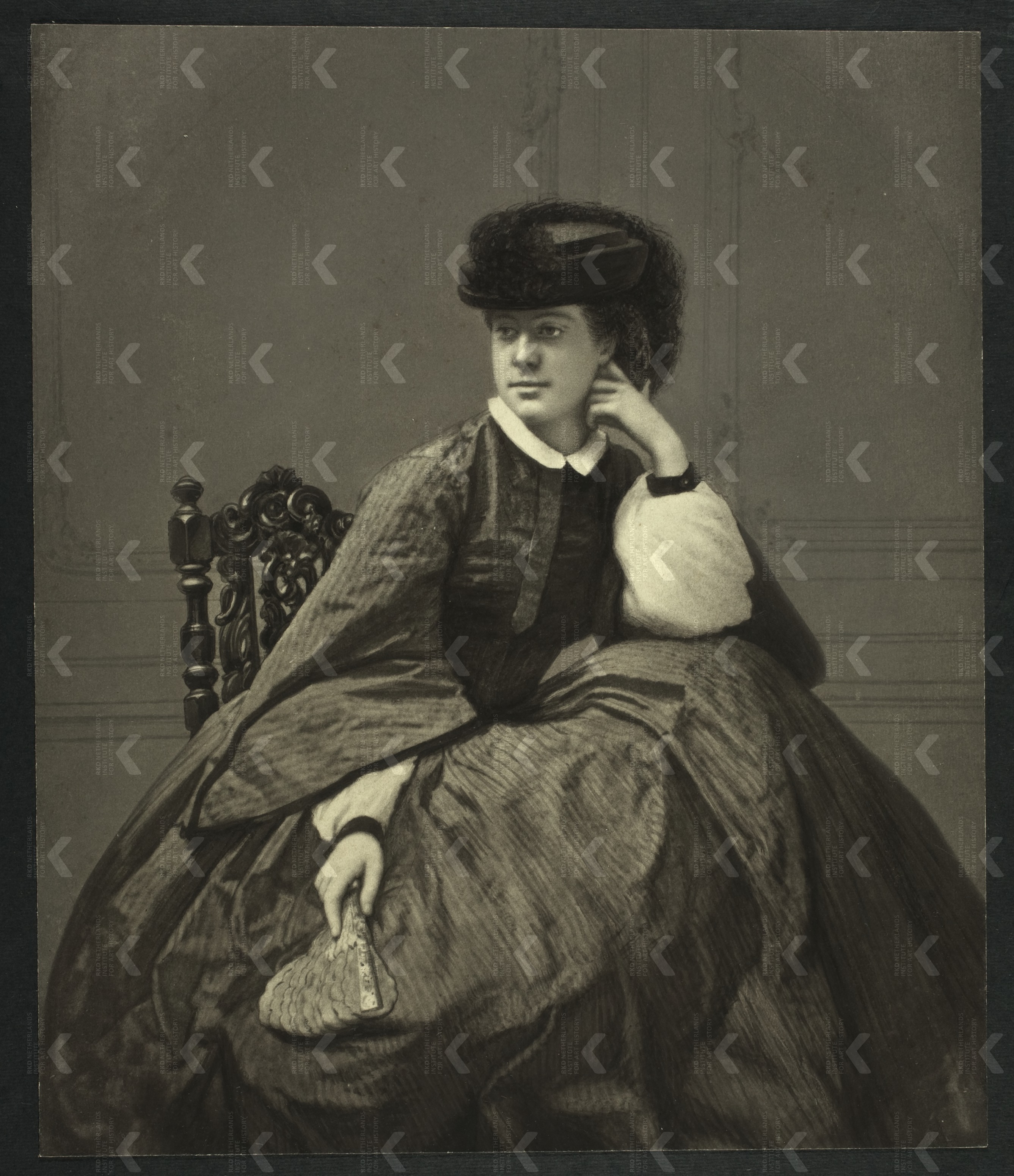 There is another very similar photo of Alexandrine (from Wikipedia), with the following description: ca. 1855-1860 by Robert Jefferson Bingham (1825-1875), Paris; reproduction from 1874 by Maurits Verveer (1817-1903), The Hague. All four photos are from the same sitting, but are printed and retouched differently. 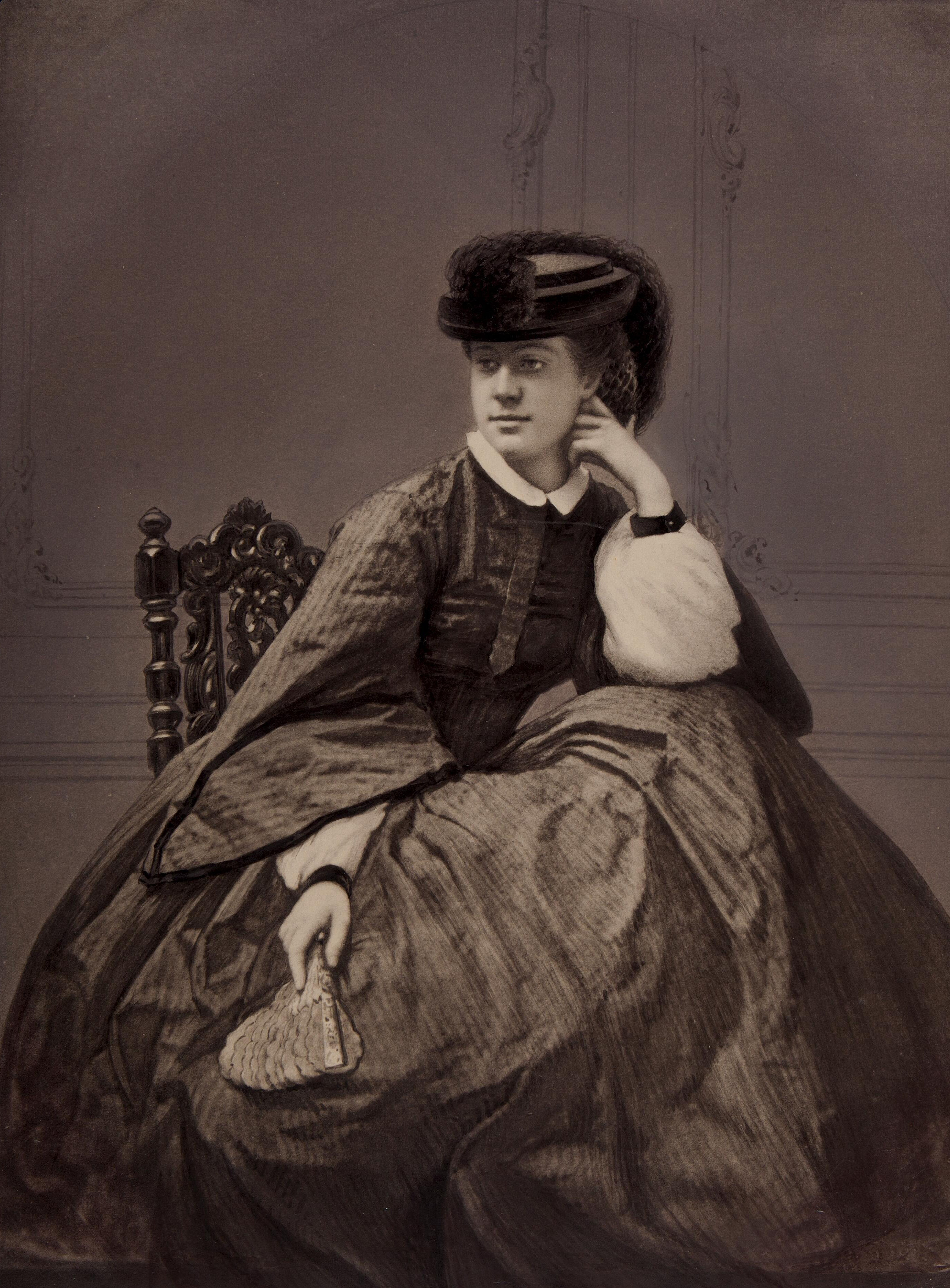 Read here about her tragic life’s story (from Wikipedia): 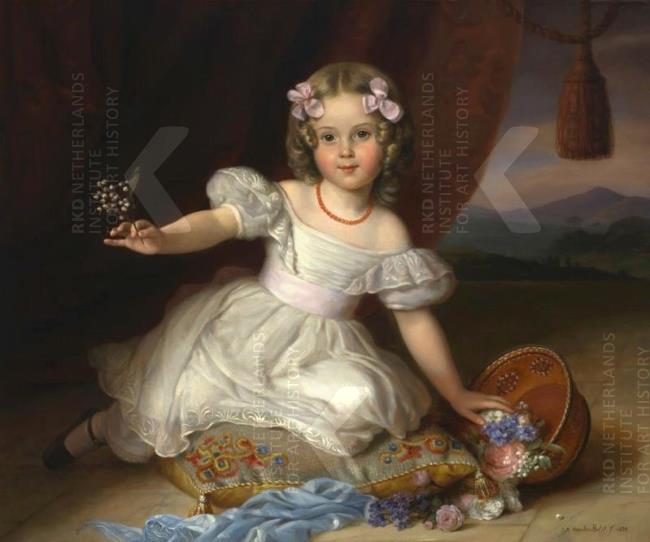 Young Alexandrine was tutored at home, and showed a proficiency at piano. Her wealthy father died when she was ten years old, leaving her the richest woman in the Netherlands. 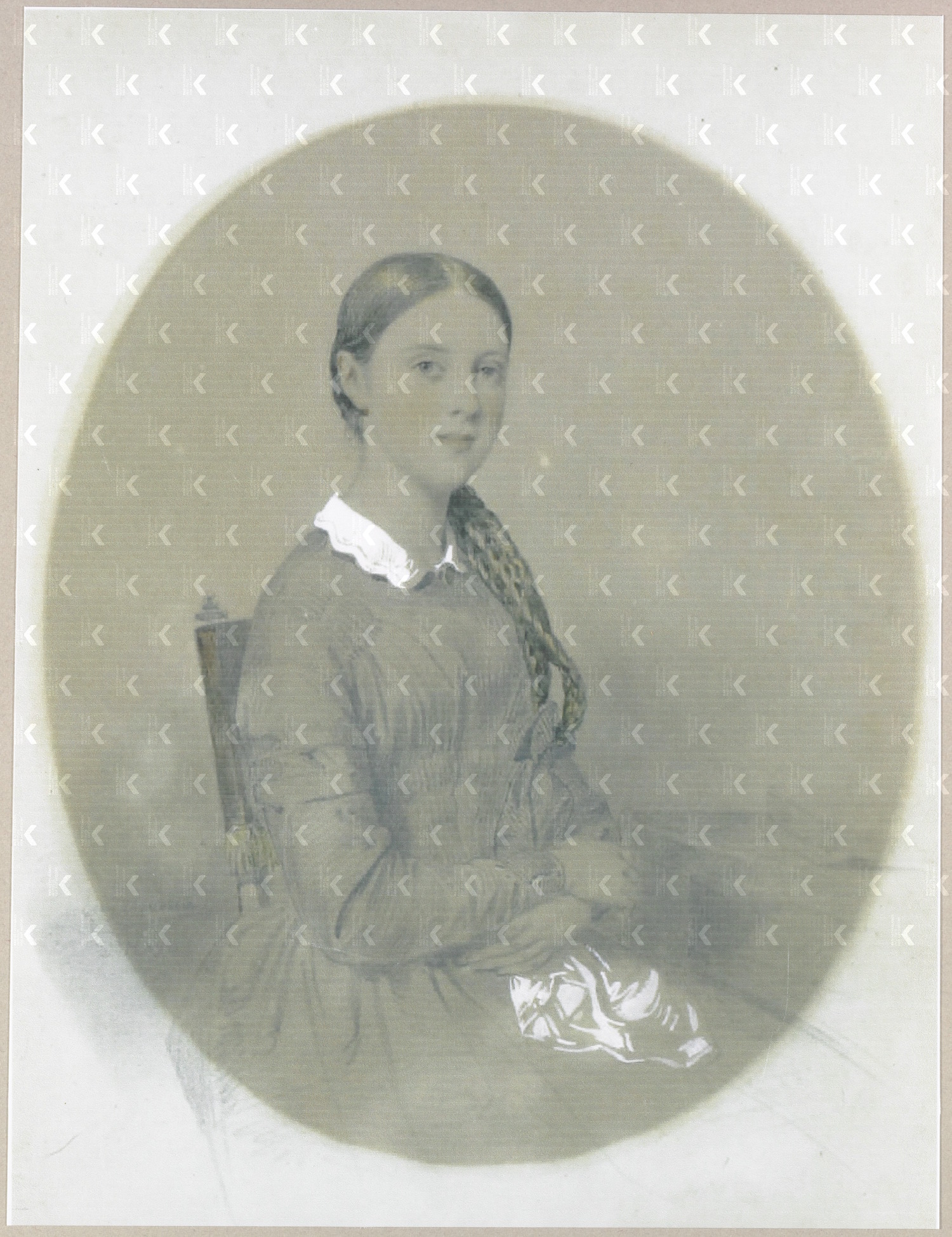 For the first extensive journey in Central Africa Alexine Tinne left Europe in the summer of 1861 for the White Nile regions. Accompanied by her mother and her aunt, she set out on 9 January 1862. After a short stay at Khartoum the party ascended the White Nile to Gondokoro, the first European women to arrive there. Alexandrine fell ill and they were forced to return reaching Khartoum on 20 November. Directly after their return Theodor von Heuglin and Hermann Steudner met with the Tinnes and the four of them planned to travel to the Bahr-el-Ghazal, a tributary of the White Nile, in order to reach the countries of the ‘Niam-Niam’ (Azande). Heuglin and Steudner left Khartoum on 25 January, ahead of the expedition. The Tinnes followed on 5 February. Heuglin also had a geographical exploration in mind, intending to explore the uncharted region beyond the river and to ascertain how far westward the Nile basin extended; also to investigate the reports of a vast lake in Central Africa eastwards of those already known, most likely the lake-like expanses of the middle Congo.