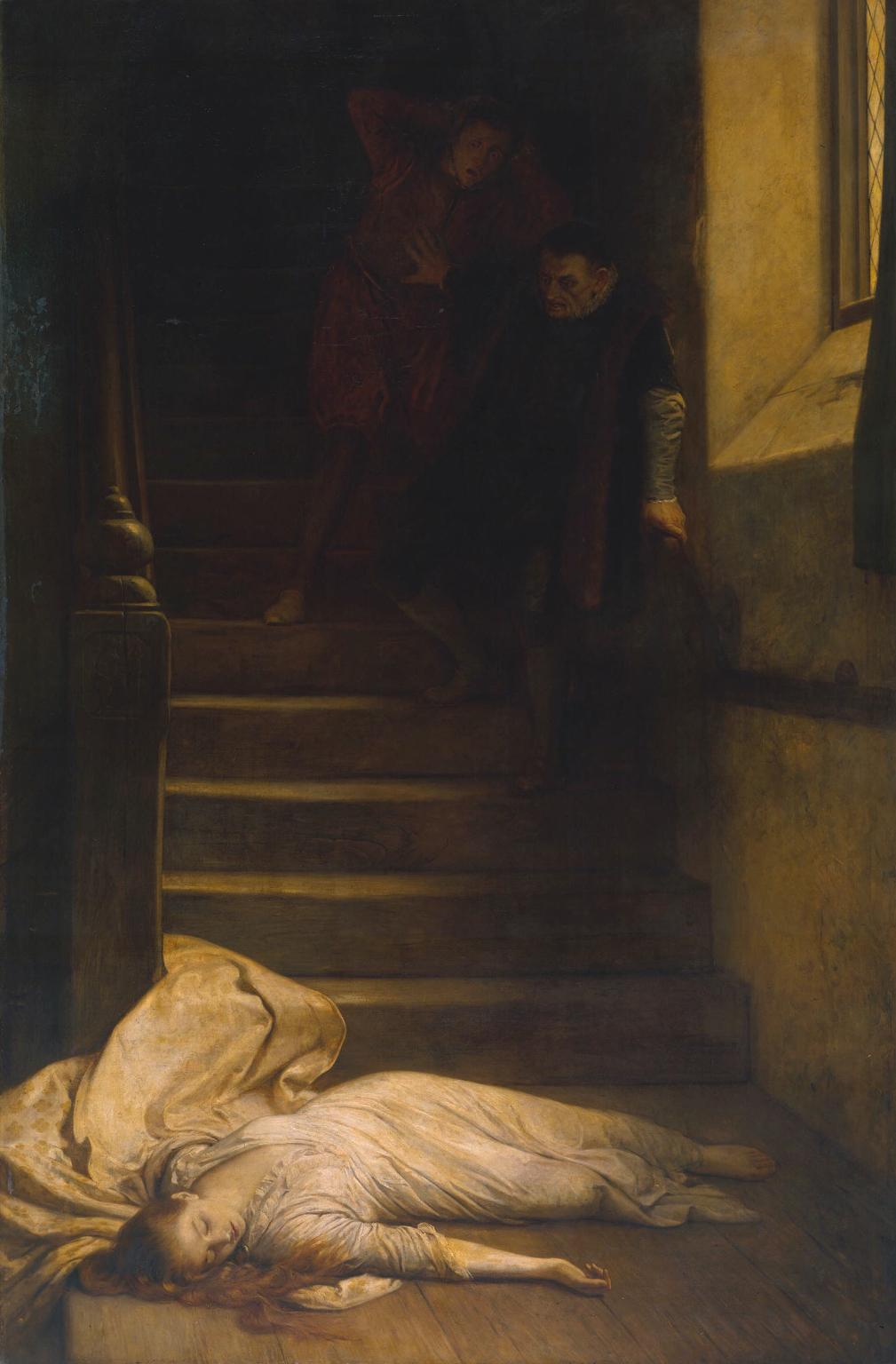 A leading member of the St John’s Wood Clique, Yeames sought a fresh approach to historical subject matter. Led by the flamboyant Philip Hermogenes Calderon (1833-98), the group often rented Hever Castle in Kent during the summer months and used it as a setting for some of their pictures. Yeames and Frederick Goodall (1822-1904), another member of the clique, specialised in Tudor and Stuart subjects, but often departed from the tradition of depicting a particular specific historic event by creating situations which simply captured the mood of bygone times. Yeames’ most famous picture is And when did you last see you father? (1878, Walker Art Gallery, Liverpool), now a permanent waxwork tableau at Madame Tussaud’s in London. Other subjects include the story of Prince Arthur and Hubert and the imprisonment of Lady Jane Grey. The latter, like Amy Robsart (1532-60), illustrates the artist’s sympathy with innocent yet tragic figures in British history.

Yeames was clearly fascinated by the intrigue surrounding Amy Robsart’s death and may have been familiar with Sir Walter Scott’s version of the incident, as recounted in Kenilworth (1831). When the picture was exhibited at the Royal Academy in 1877 he included a lengthy explanation of the work’s historical background in the catalogue. This took the form of an extract from a History of Berkshire by John Aubrey (1626-97):

Robert Dudley, Earl of Leicester, being the great favourite of the Queen Elizabeth, it was thought she would have made him her husband; to this end, to free himself of all obstacles, he had his wife, Amy Robsart, conveyed to the solitary house of Cumnor Hall, in Berkshire, inhabited by Anthony Forster, his servant. This same Forster, in compliance with what he well knew to be the Earl’s wishes, came with others in the dead of night to the lady’s bedchamber and stifled her in bed, and flung her downstairs, thereby believing the world would have thought it a mischance, and so blinded their villainy; and the morning after, with the purpose that others should know of her end, did Forster, on pretence of carrying out some behest of the Countess, bring a servant to the spot where the poor lady’s body lay at the foot of the stairs.

The woman’s body lies bathed in light, her cloak romantically arranged across the bottom steps of the staircase. She appears less the bruised and battered victim of a vile murder than a seductive sleeping beauty. The devious Forster leads his manservant down the back stairs from the bedroom above. The latter is clearly horrified by the sight of the dead woman, and Forster pushes him back, for fear that he might discover the actual method of her death.