Waterhouse exhibited this picture at the Royal Academy in 1885 with the following note: ‘Prudentius says that the body of St. Eulalia was shrouded “by the miraculous fall of snow when lying in the forum after her martyrdom.”
.
St Eulalia was martyred in 304 AD for refusing to make sacrifices to the Roman gods. The method of her death was particularly gruesome: two executioners tore her body with iron hooks, then lighted torches were applied to her breasts and sides until finally, as the fire caught her hair, she was suffocated. Given the horrific circumstances of her death, and Eulalia’s tender age (she is said to have been twelve years old), Waterhouse demonstrates little concern for realism. The setting for the picture is supposed to be Merida in Spain, which was then under the rule of the Roman Emperor Diocletian, but has been transferred to the Forum in Rome. Eulalia’s body appears totally unharmed, her exposed breasts and flowing hair giving her a seductive rather than pathetic appearance. Although there is snow falling and lying on the ground, her body is uncovered. As an explanation for these alterations to the legend, the artist includes a wooden cross on the right of the composition, implying that the martyrdom was by crucifixion.
.
The composition is extremely daring: Eulalia’s dramatically foreshortened body leads the eye towards a void at the centre of the picture. A group of mourners form a pyramid towards the top of the composition, but the viewer’s eye is drawn back down towards the martyred figure by the right-hand soldier’s spear, via a zig-zag of ropes, to the young woman’s outflung arms. According to the account given by the Spanish Christian poet Prudentius (348-405), at the moment of her death, a white dove emerged from Eulalia’s mouth and flew towards heaven. Waterhouse refers to this event by including sixteen doves in his painting. The youngest mourner points upwards at a single hovering dove towards the top of the picture, a symbol of Eulalia’s departing soul.
.
The picture was well received by the critics and secured Waterhouse’s election as an Associate of the Royal Academy. One reviewer approved in particular of the image’s simplicity and idealism and its avoidance of the grotesque. He wrote, ‘the conception is full of power and originality. Its whole force is centred in the pathetic dignity of the outstretched figure, so beautiful in its helplessness and pure serenity, so affecting in its forlorn and wintry shroud, so noble in the grace and strength of its presentment’ (quoted in Hobson, pp.34-7).
.
Frances Fowle, December 2000 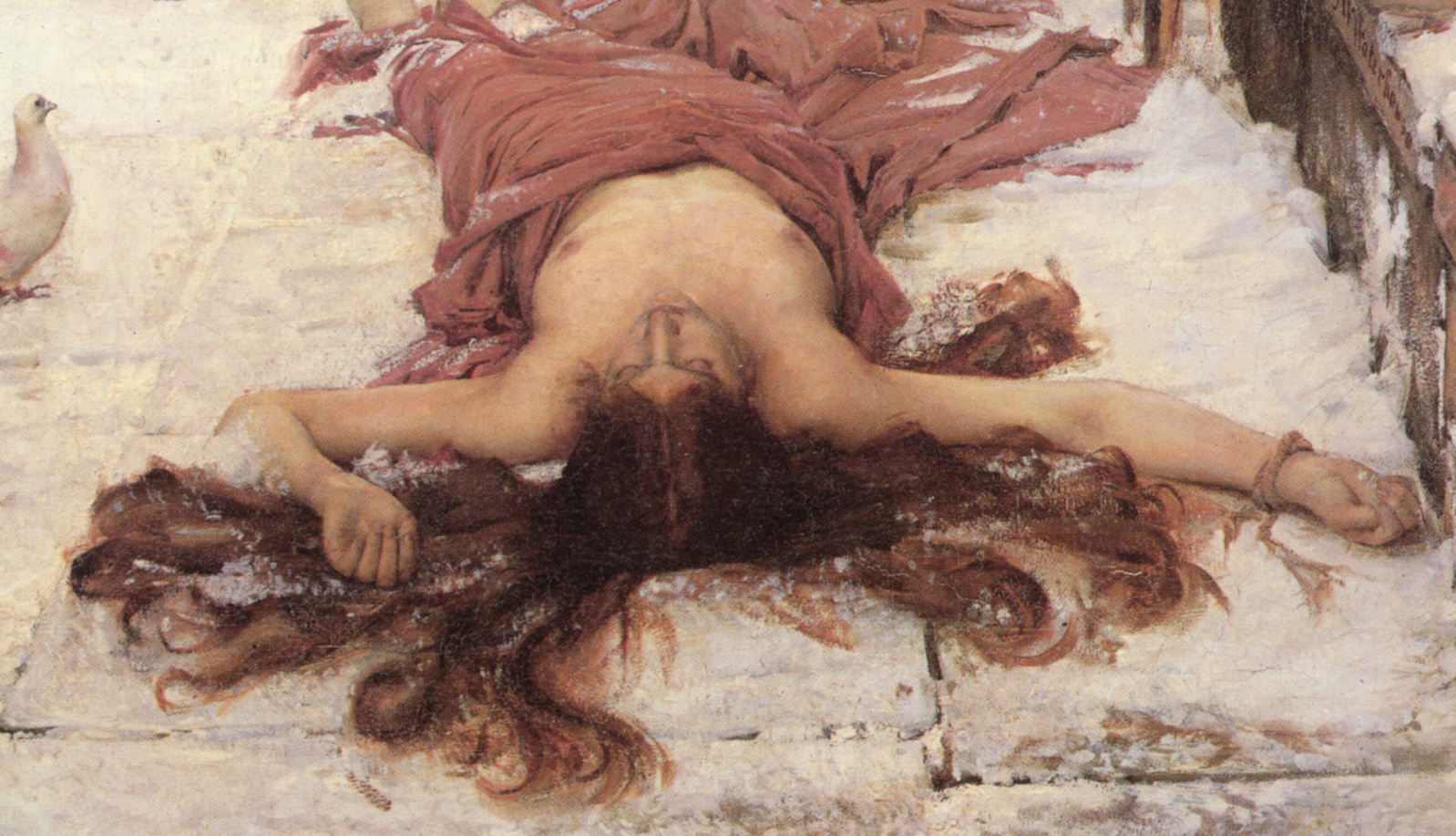 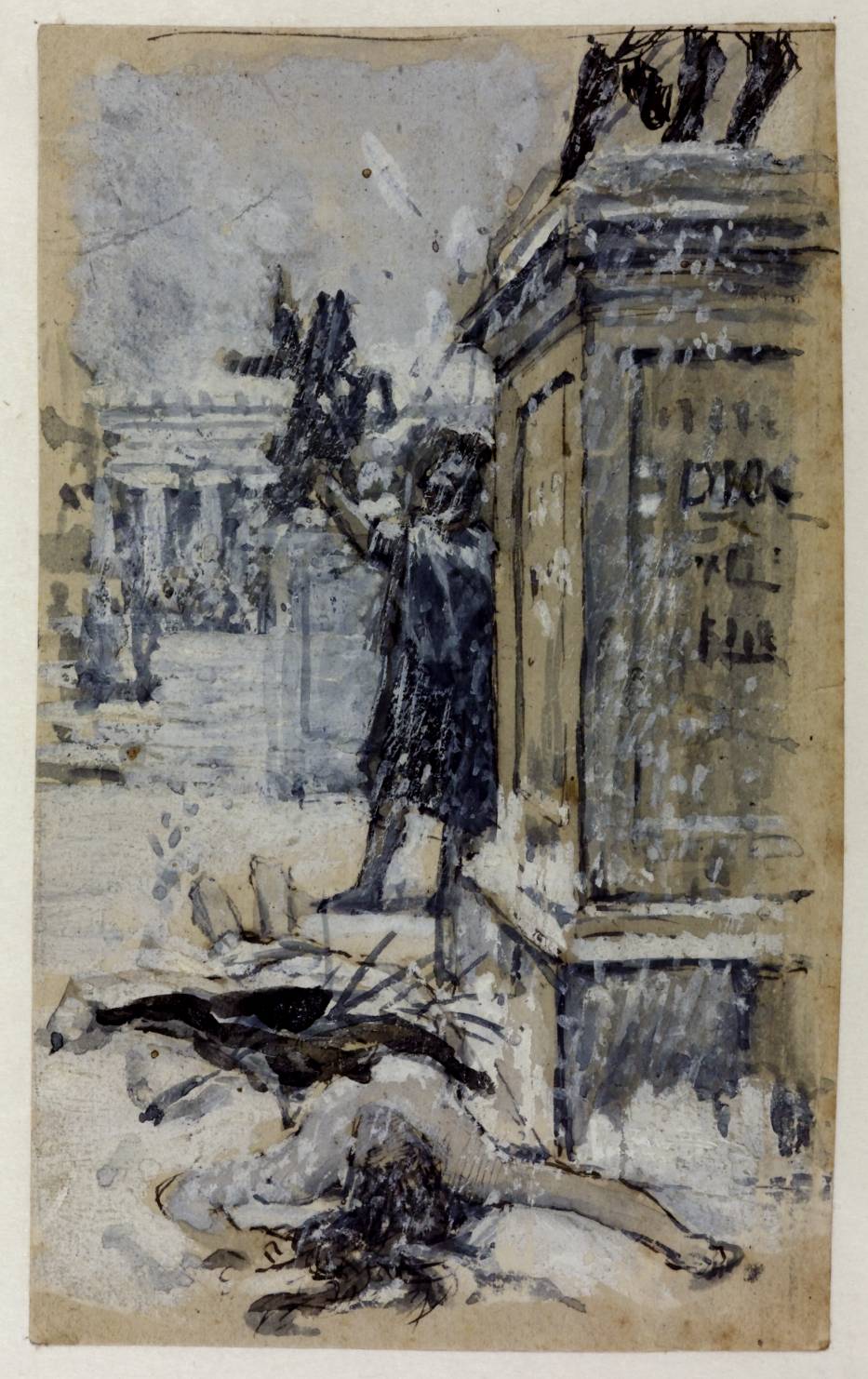