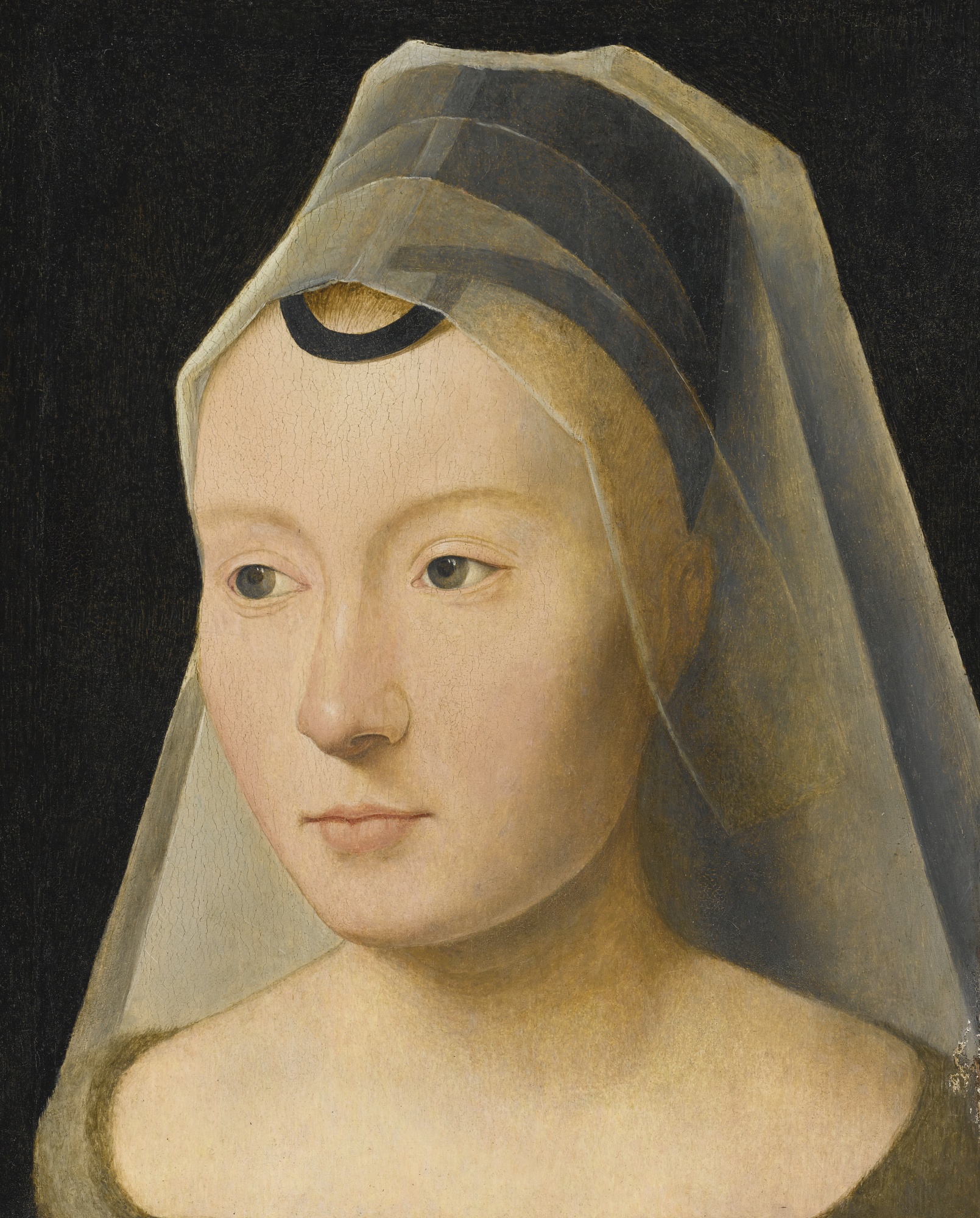 Max J. Friedländer was among the first to publish this small-scale Portrait of a Woman, where he listed it as a fully autograph work by Memling, whose portraits, especially of women, are exceedingly rare. Dirk de Vos has much more recently dated the picture to before 1475, which would place it between Memling’s Portrait of Maria Baroncelli of 1475 (Metropolitan Museum of Art, New York, inv. no. 14.40.627), and his Portrait of a Young Woman of 1480 (Sint-Janshospitaal, Memlingmuseum, Bruges, inv. no. SJ174.I). Barbara Lane places the picture slightly later, circa 1480, based on comparison with two works by the Master of the Legend of St. Ursula, a Portrait of a Lady with a Pink (Antwerp, Museum Mayer van den Bergh) and the Epitaph of Anna van Nieuwenhove (New York, Metropolitan Museum of Art). In both of these comparative works, the ladies depicted wear a similarly styled cone-shaped hennin and ring of velvet, or frontel. No theories as to the identity of the sitter have been suggested in previous sources, and though anonymous, she bears a very similar likeness to the woman in the bottom right corner of the central panel of Memling’s Last Judgement. At some point in its history this picture was probably cut down, as all of Memling’s sitters have at least one hand showing in the composition, while this picture does not.  Its measurements are also curiously smaller than any other of his accepted portraits.