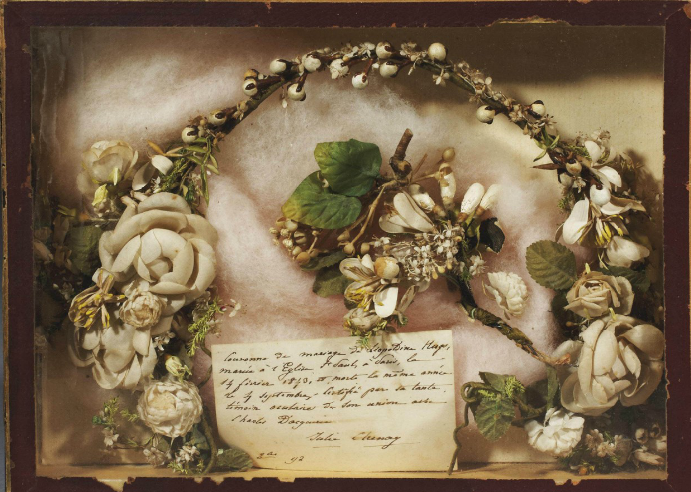 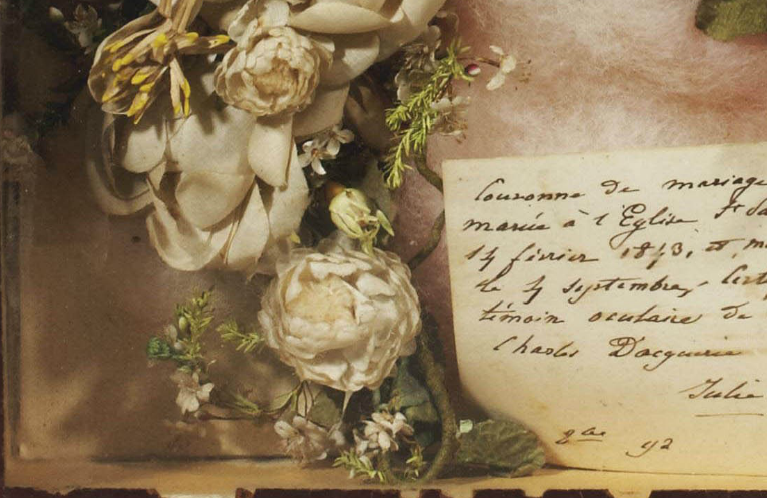 Written on the attached card: “Wedding wreath of Léopoldine Hugo’s, married at the Church of Saint Paul in Paris on 14 February 1843, died on 4 September of the same year. Certified by her aunt who witnessed her marriage to Charles Vacquerie, Julie Chenay”.

This moving relic completes the rich collection of family souvenirs and especially the part of it that features his favourite daughter, whose tragic death a few months later would affect the poet throughout his life. The museum contains the largest collection dedicated to Léopoldine, with many portraits including the one of her reading the Book of Hours by Auguste de Châtillon. Also on display are Victor Hugo’s drawings including Fracta Juventus and France, letters and archives, as well as everyday objects such as the fragments of the dress which Léopoldine was wearing when she drowned. Most numerous are documents and clothing accessories related to her wedding ceremony, such as wedding gifts and her wedding dress. The wedding wreath was the only missing piece. These genuine relics of the daughter to whom The Contemplations were dedicated, travelled with Victor Hugo when he went into exile and were reverently preserved in Madame Hugo’s bedroom at Hauteville House.

In 2012 this item was for sale via Christie’s and sold for $6,277, see website link below. And after a long search I found  an image of Leopoldine’s wedding dress on the website Carnet Aux Petites Choses. It is not a very clear picture of the dress, but it gives you a glimpse of what it looked like. Voilà: 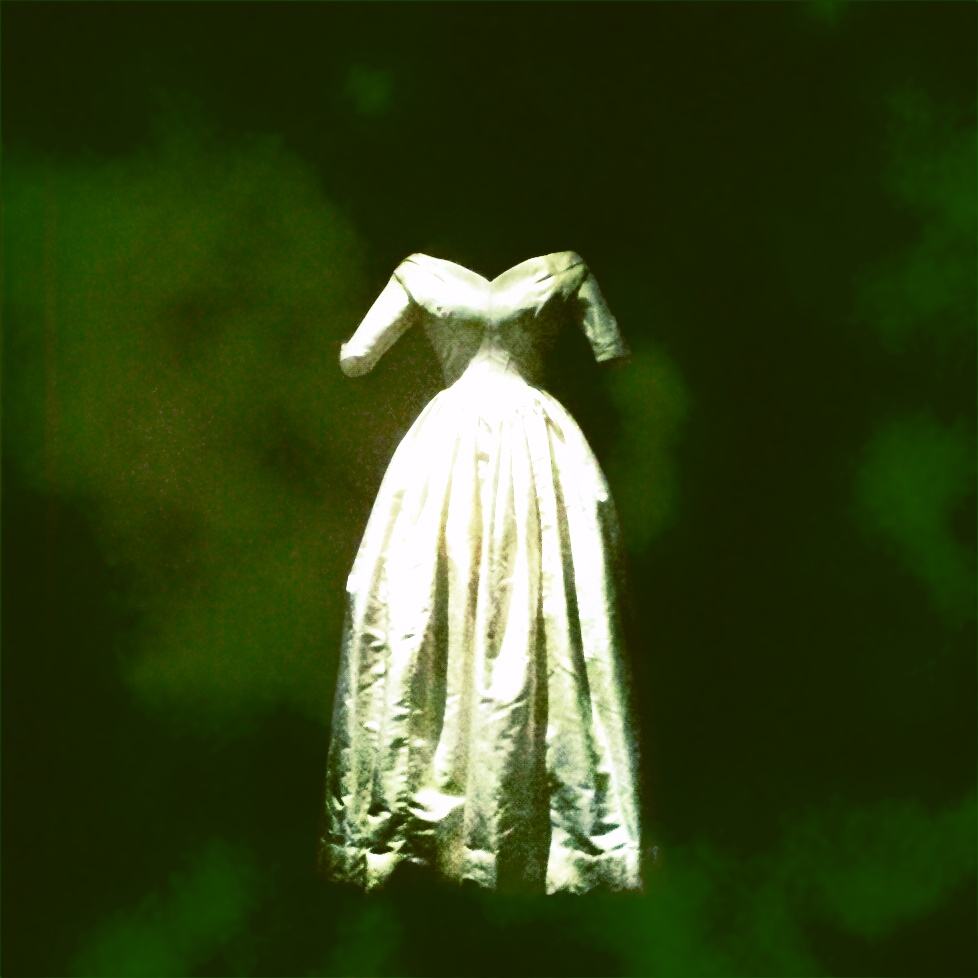 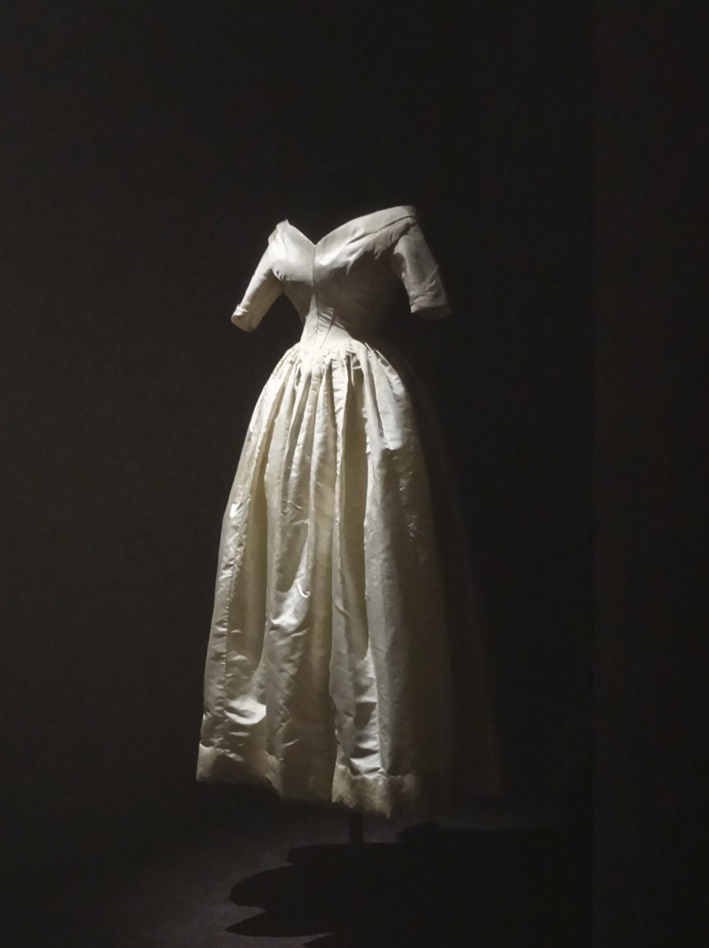 And another, alas very small, image of the dress in Leopoldine’s room on the website here, where you can also see more images of the house she lived in. 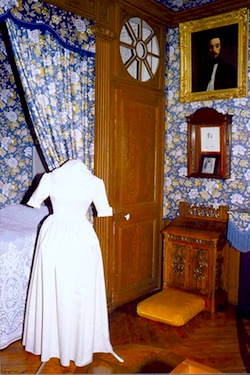