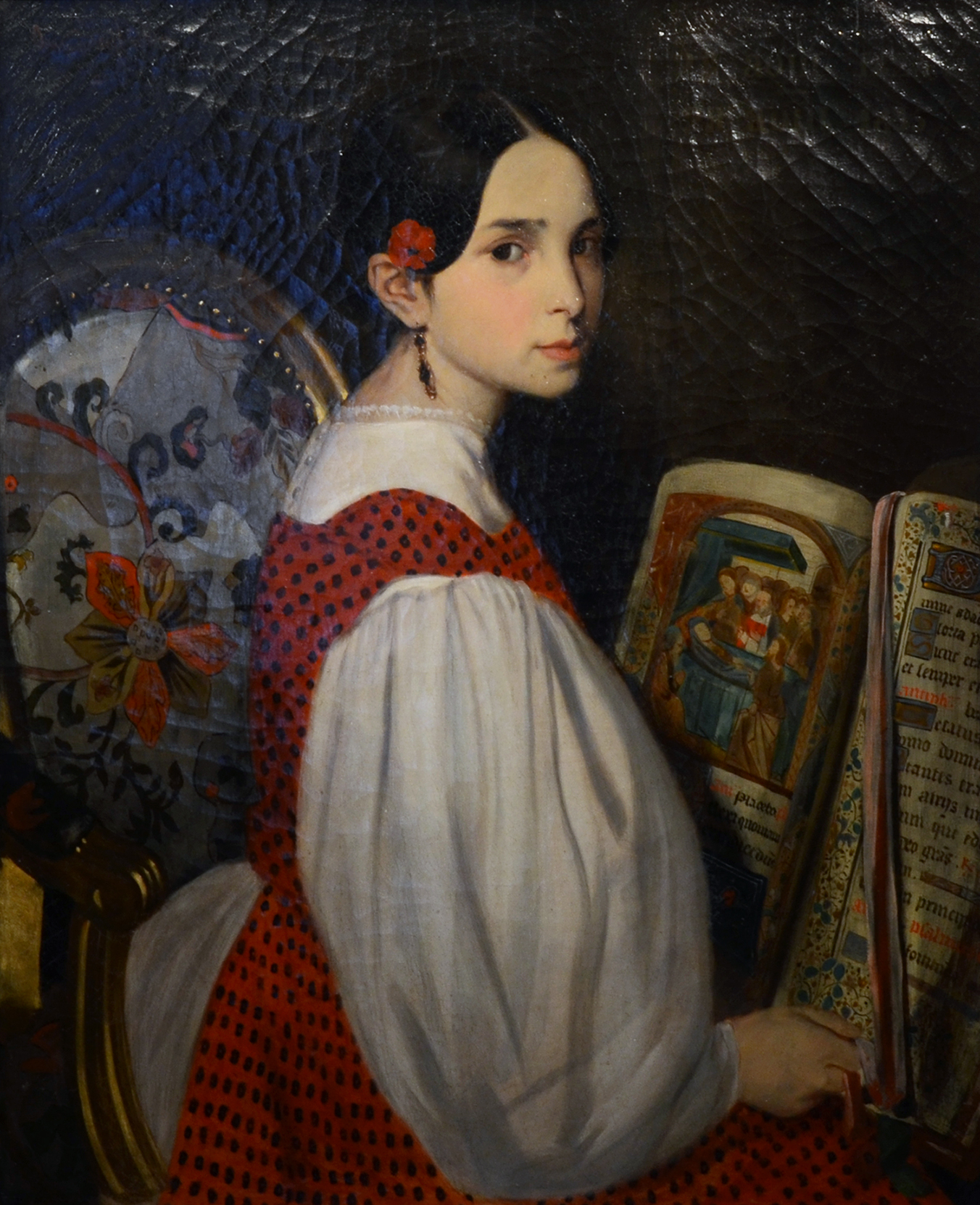 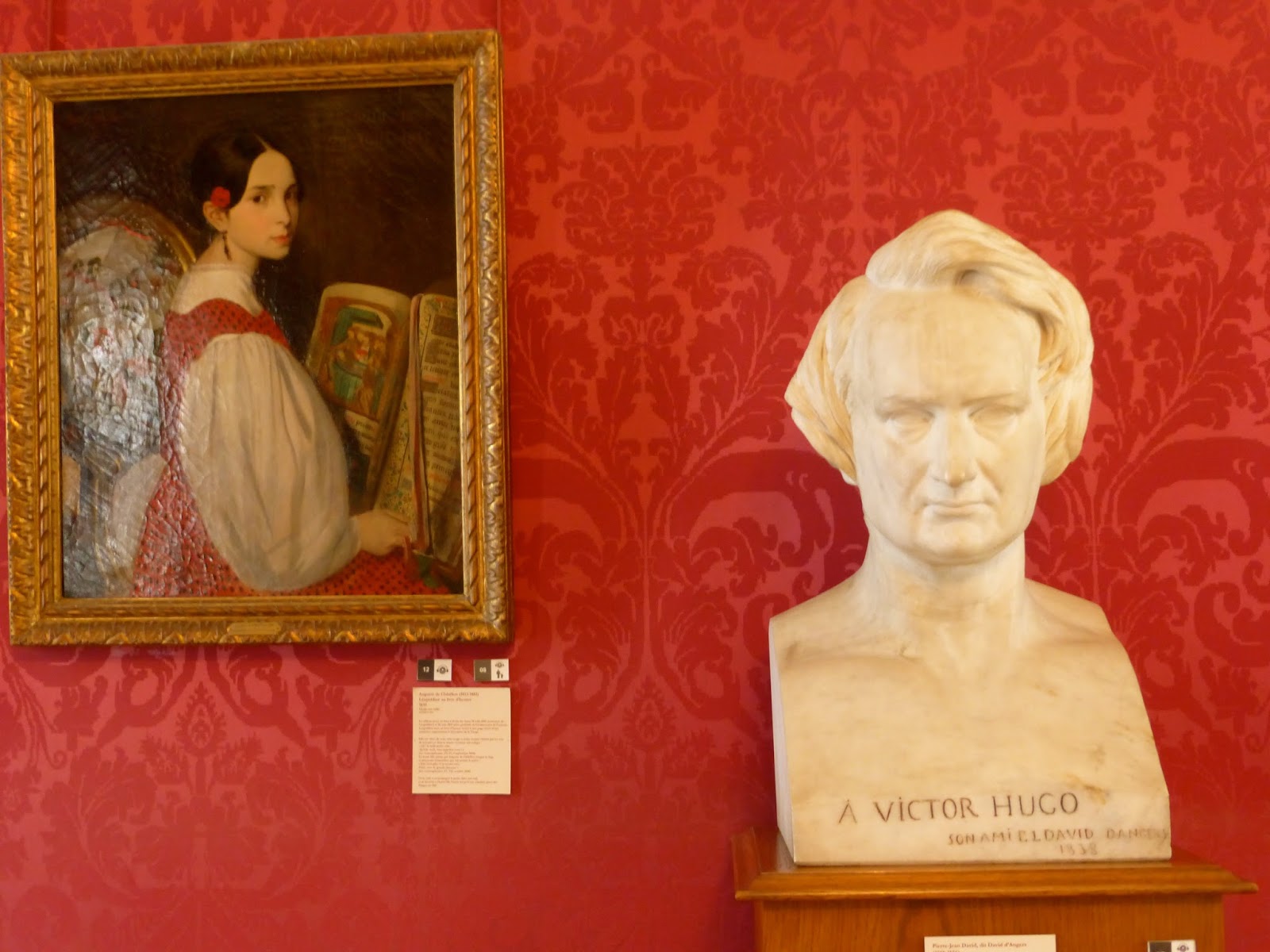 Portrait of Léopoldine Hugo, daughter of Victor Hugo on the day of her first communion. The painting dates 28 August 1835, which marks the 11th birthday of Hugo’s daughter, born the 28th of August 1824. Léopoldine died a most tragic death, aged just 19. From Wikipedia:

She married Charles Vacquerie at Saint-Paul-Saint-Louis on 15 February 1843 but they both drowned together only a few months later, when their boat capsized on the Seine in Villequier on 4 September 1843. She died when her wet, heavy skirts pulled her down, and her husband died trying to save her. This tragic event had a great impact on the work and personality of her father, Victor Hugo. He dedicated numerous poems to the memory of his daughter, notably Demain dès l’aube and À Villequier in Pauca Meae, the fourth book of Les Contemplations. 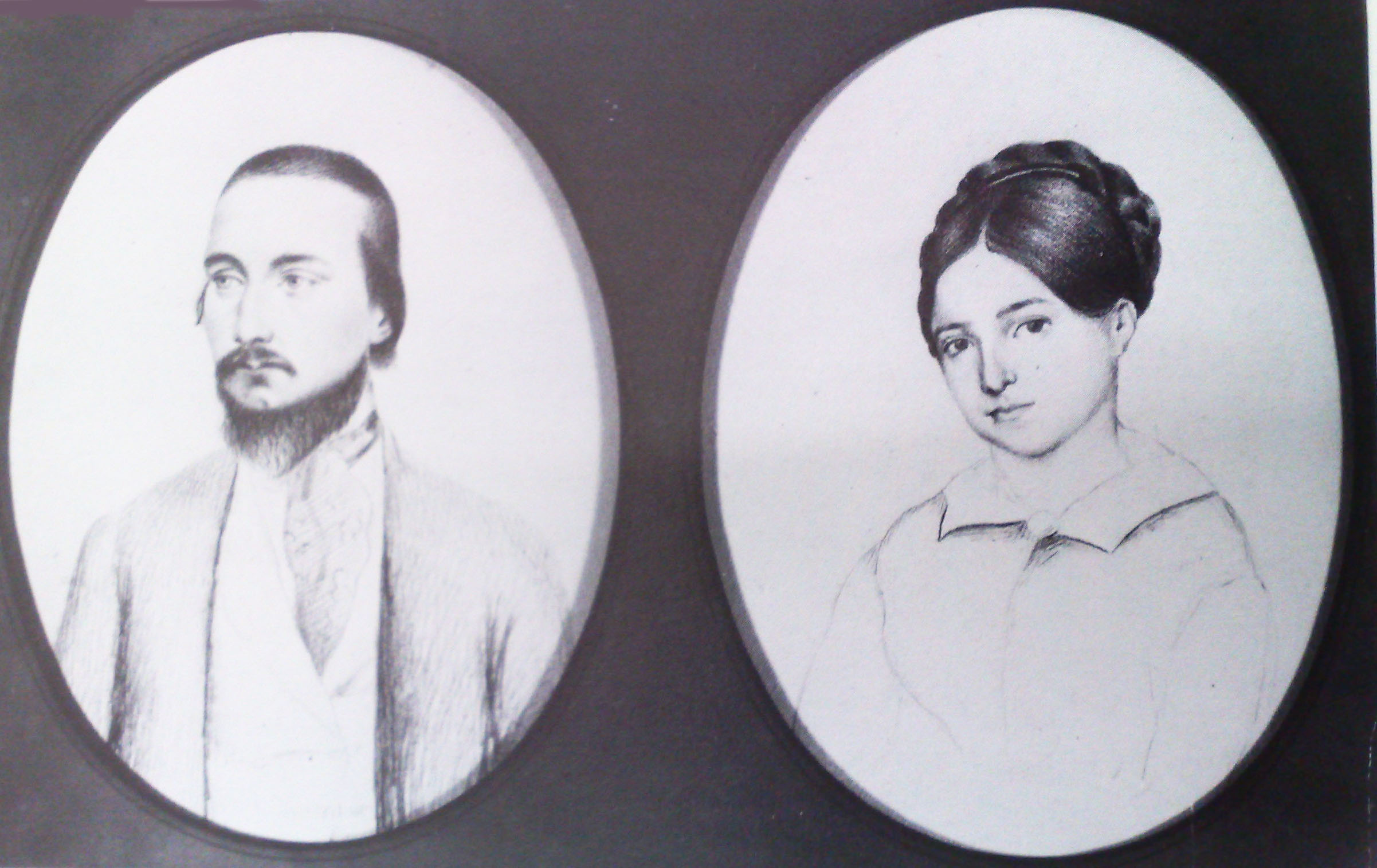 The story of her death reminds me of a scene of Jane Campion’s movie The Piano, towards the end of the movie, where Holly Hunter is pulled off a small boat into the bottom of the ocean, weighed down by her heavy skirts, almost drowning to death. Another example of how women’s costumes could be fatal. I wonder how many women drowned because of the heaviness of their dress – apart from the fact that probably they did not know how to swim. And in regards to that I also wonder: did women know how to swim in those days? or was it considered inappropriate? But even if they did, there is no way they could survive in such heavy layers of dress, their movements impeded by their corsets. It really must be a most terrible death, and so very much in vain.

On this video on the website of Le Point you see the dress she was wearing on the day that she drowned.

It was a mauve colored dress with a light summer fabric. Mauve colored because she was in half mourning for her grandfather (if I understood correctly from the video – I’m rather lacking in my French, alas). What a bad joke that she died while already in (half) mourning. It’s very peculiar how the dress is conserved, all rolled up. A very touching note accompanied the dress of the girl’s mother who had kept her daughter’s gown in a silk ‘pouch’ in which she normally kept her gloves. The note said “Costume avec lequel ma fille est morte : relique sacrée.” / “The dress in which my daughter drowned: sacred relic.” See my other post here, for an image of Leopoldine’s wedding wreath.

The painting is exhibited at the Maison de Victor Hugo, 6 Place des Vosges in Paris.