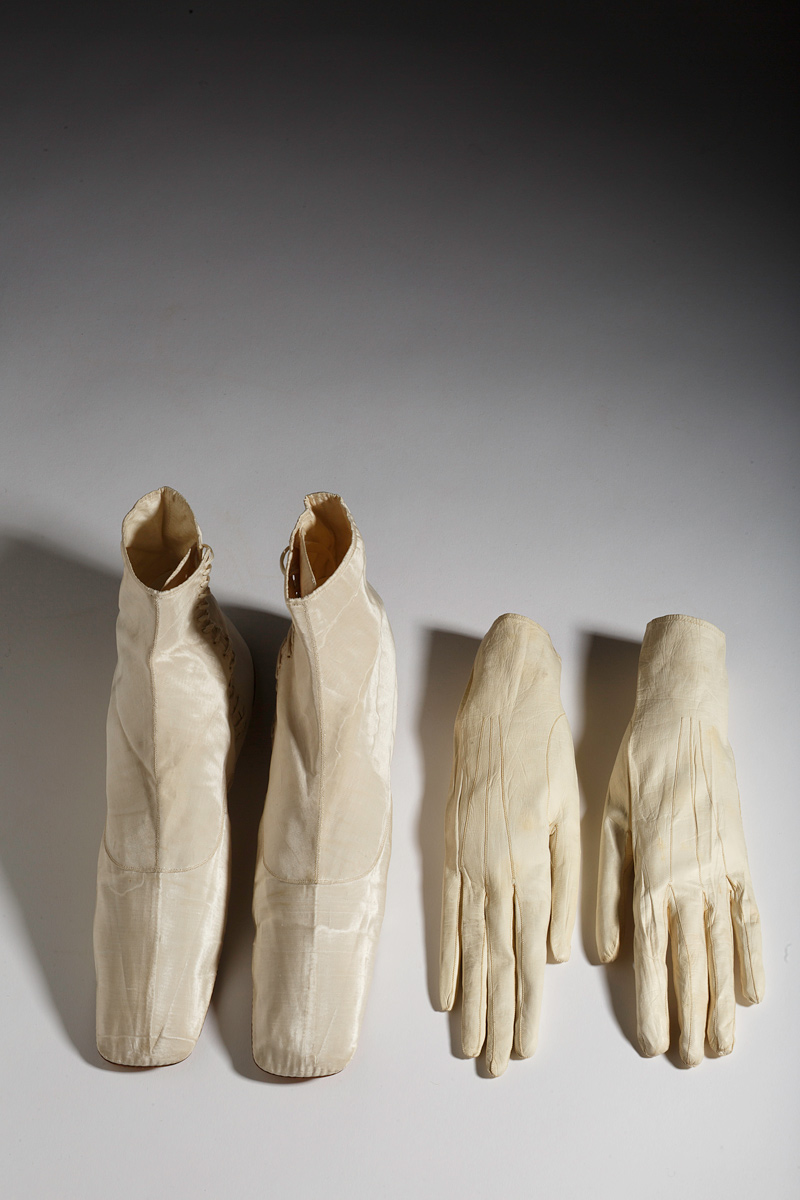 Empress Elisabeth of Austria was considered by many to the most beautiful woman in the world in the 19th century. Her long hair and slim figure attracted the attention of many setting the standard for constricted beauty and became an obsession for her. This pair of almost impossibly narrow Adelaides and gloves were given as a gift to Colonel Louis de Schweiger, one of her many admirers.