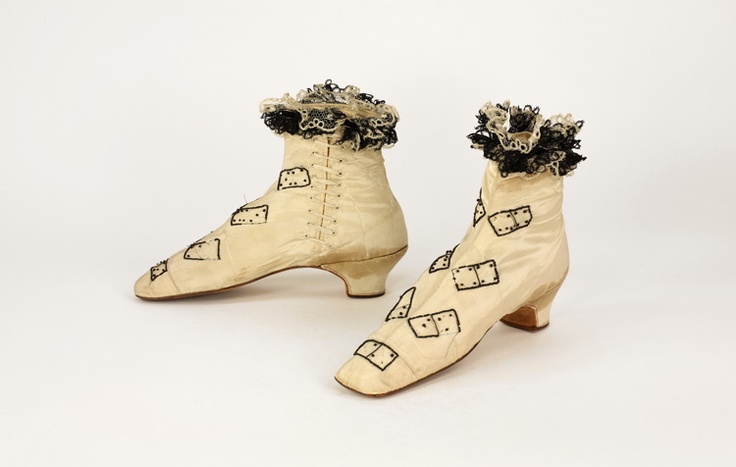 In the middle of the 19th century, men and women often went to “fancy dress” balls where they would wear elaborate costumes or disguises.  It was not uncommon to embellish pre-existing clothing that had fallen out of fashion and was no longer in use.  This pair of white silk Adelaide boots features beaded domino designs that would have undoubtedly matched her dress.