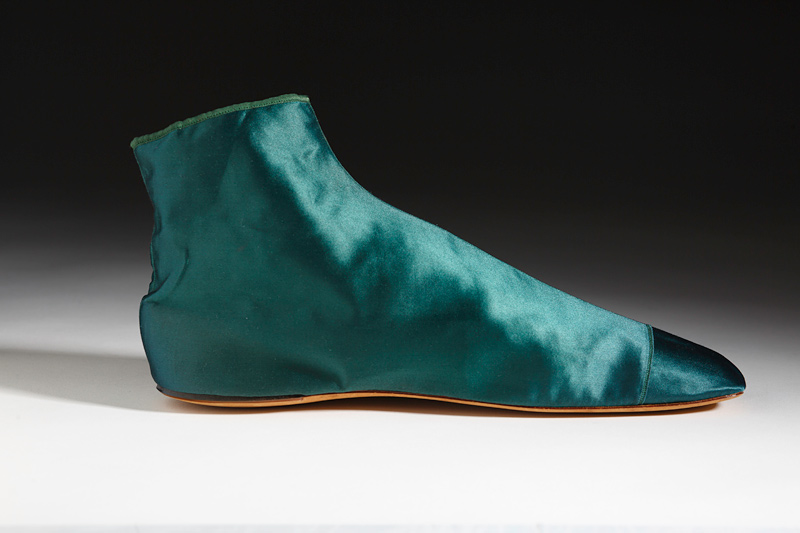 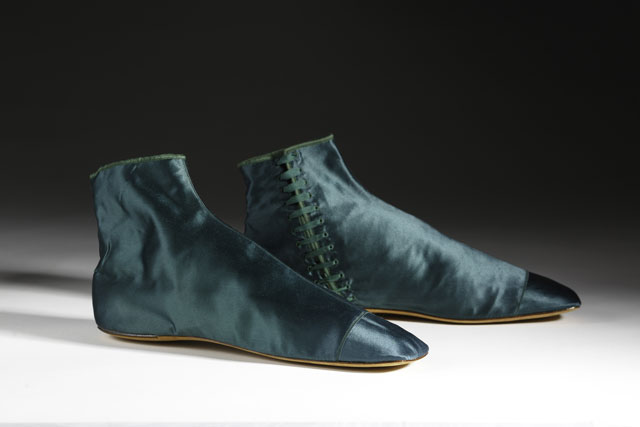 These Adelaides have tested positive for arsenic. Arsenic was commonly used to dye things green and by the middle of the century people had become more fully aware of its dangers. Doctors expressed concern for the wearers of arsenic dyed fashion but they also became increasingly concerned for the makers. This pair does not show much evidence of wear but certainly the woman who sewed the uppers came into close contact with the toxin.

More about poisonous fashion and the Museum’s exhibition Fashion Victims: The Pleasure & Perils of Dress in The 19th Century on this link here.