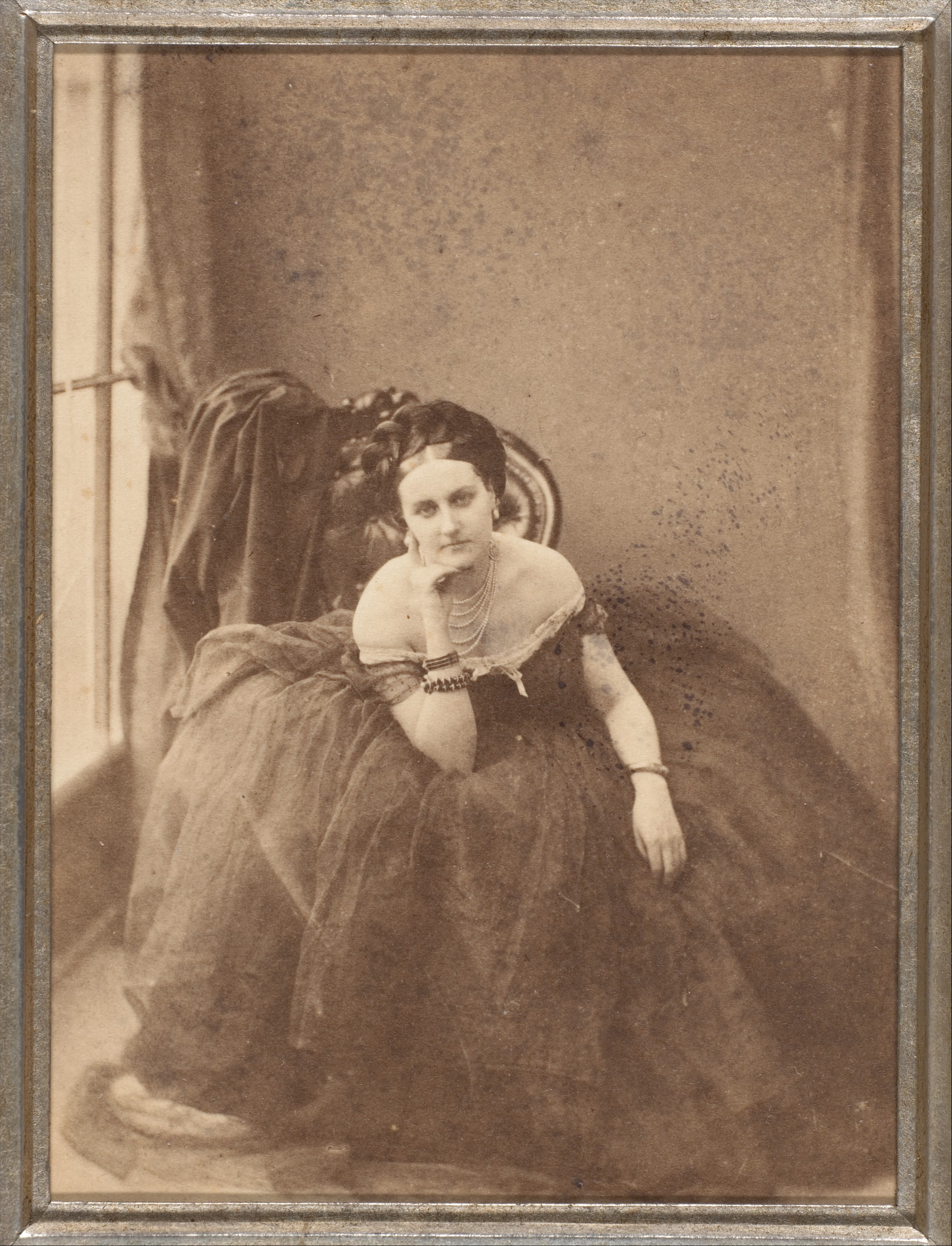 Artist: Pierre-Louis Pierson (French, 1822–1913)
Person in Photograph: Countess Virginia Oldoini Verasis di Castiglione (1835–1899)
Date: 1856–57
Medium: Albumen silver print from glass negative
via: MET Museum
.
Unlike Nadar, who found his public among the cultural elite, the firm of Mayer & Pierson catered to personalities famed for their notoriety, to the socially prominent, and to the court. Established in 1855 by combining the interests of Pierre-Louis Pierson with those of Léopold Ernest Mayer and his brother Louis Frédéric, the firm specialized in portraiture and became the most sought-after studio of the Second Empire. In 1862, Mayer and Pierson were appointed photographers to Napoleon III.
.
Virginia Oldoini, Countess Verasis de Castiglione (1837-1899), created a sensation when she appeared in Paris in 1855, having been sent by the Italian statesman Cavour to win Napoleon III over to the cause of Italian unity by “any means she chose.” A statuesque beauty with a flair for drama, the countess was the mistress of Napoleon III and a much-talked-about ornament of the lavish balls so prevalent during the period. After the fall of the Second Empire in 1870, she led an increasingly secluded existence, which gave rise to fantastic speculation as to her affairs.
.
The countess’s raging narcissism found in photography the perfect ally; the firm of Mayer & Pierson produced over seven hundred different images of her. In a reversal of roles, the sitter would direct every aspect of the picture, from the angle of the shot to the lighting, using the photographer as a mere tool in her pursuit of self-absorbed, exhibitionistic fantasies.
.
This image, in which the countess, seen from above emerging from a gown of black tulle, her hair braided in a diadem, was made during the first years of her collaboration with Pierson. The gown, whose décolletage she has exaggerated, reveals the full line of her shoulders and the swell of her breasts. The position of the right arm shows off her elbow, whose firmness and fullness were compared to a particularly prized peach, while the left arm rests on the dress as if detached from her body, a marvelous piece of sculpture. A cool eroticism permeates the image, the countess offering herself for our contemplation–confident, enticing, yet aloof. Fascinated by her persona, a poet and esthete of a later generation, Count Robert de Montesquiou, collected no fewer than 433 photographs of her (now in the collection of the Metropolitan Museum) and wrote a book dedicated to her memory. He titled this photograph, which he once owned, “The Gaze.” 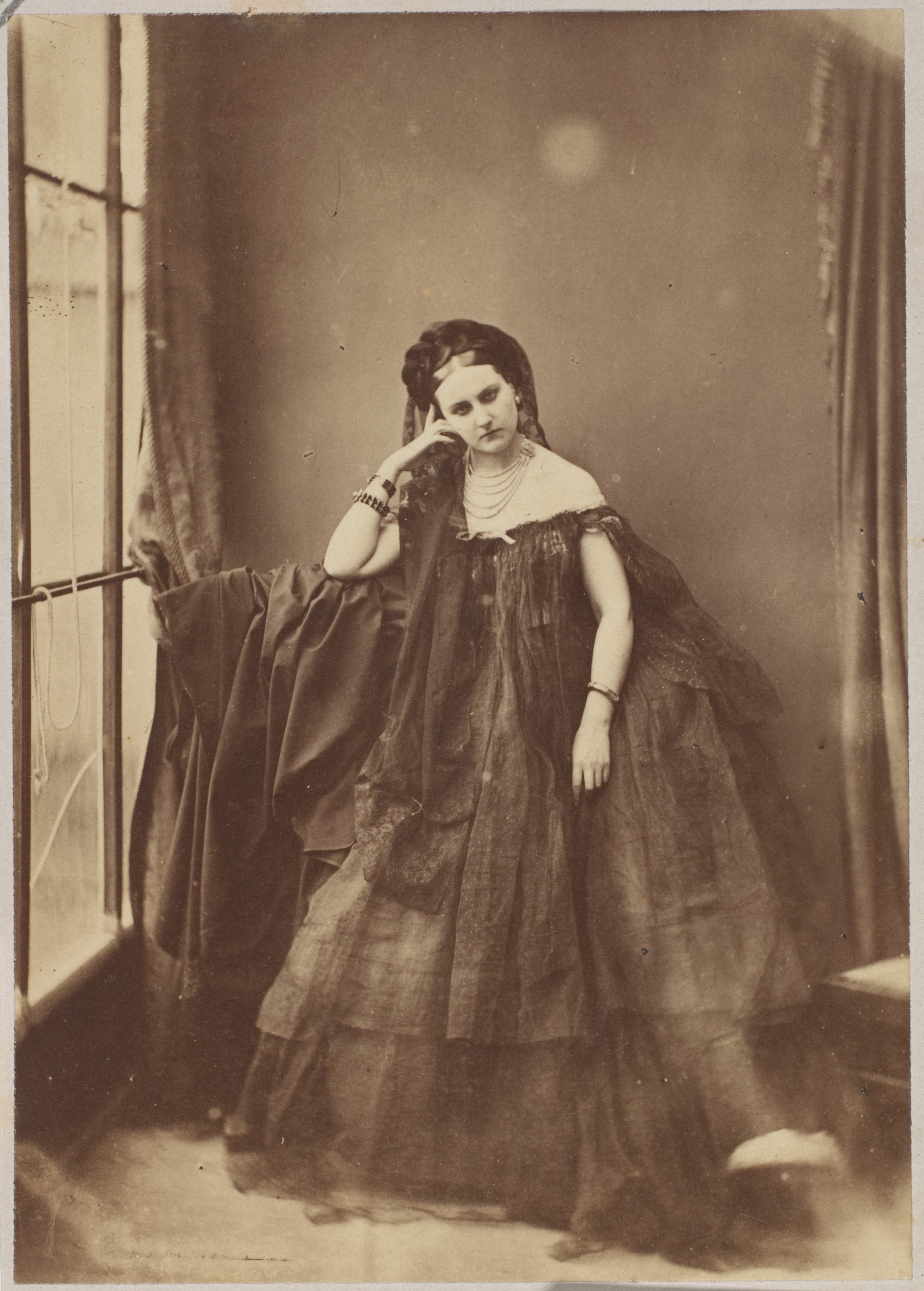 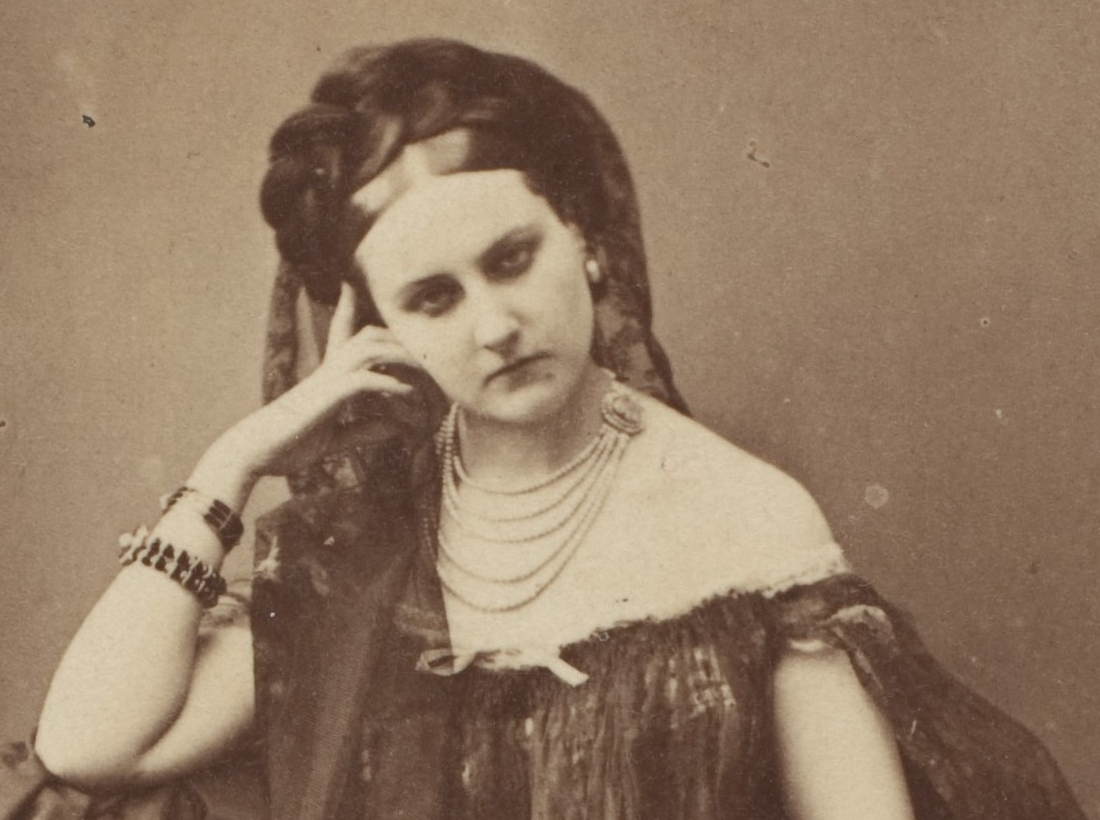 To elongate her figure, the countess stood on a stool that is half- hidden under her dress. She would frequently use this trick of the trade.