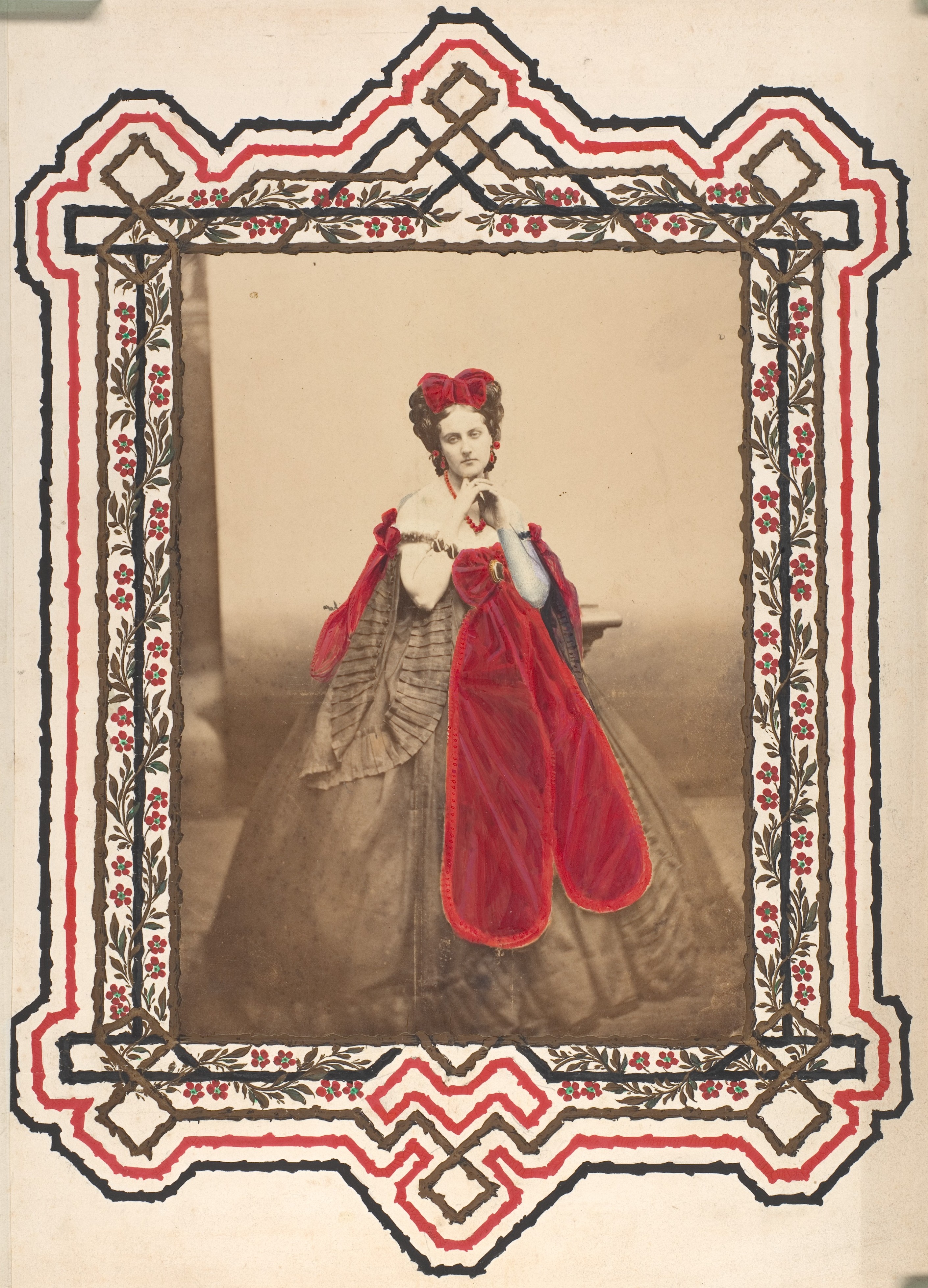 The composition of this large portrait is a play in triangular forms. The high-waisted dress whose skirt is fitted under the bust with a gigantic red velvet box, its rounded ends forming an apron, constitutes a first triangle. The second is formed by the Countess’s bare arms, the hands folded under the chin. Her hair is piled high and adorned with a large red butterfly bow. This monolithic silhouette was high fashion at the time, there being something about it of a traditional Spanish Holy Virgin. The model was made to look more imposing, achieving an exaggerated long-wasted look, by having stools slipped under the skirt. The quality of this print and the care lavished on its borders suggest that the portrait was part of the Countess’s own collection, as described by Montesquiou (1913, p. 98). It was Montesquiou who gave the photograph its title. The negative is in the Mayer & Pierson archive (2/68). There are several versions of the portrait in half-length. [PA; “La Divine Comtesse”, p. 176] 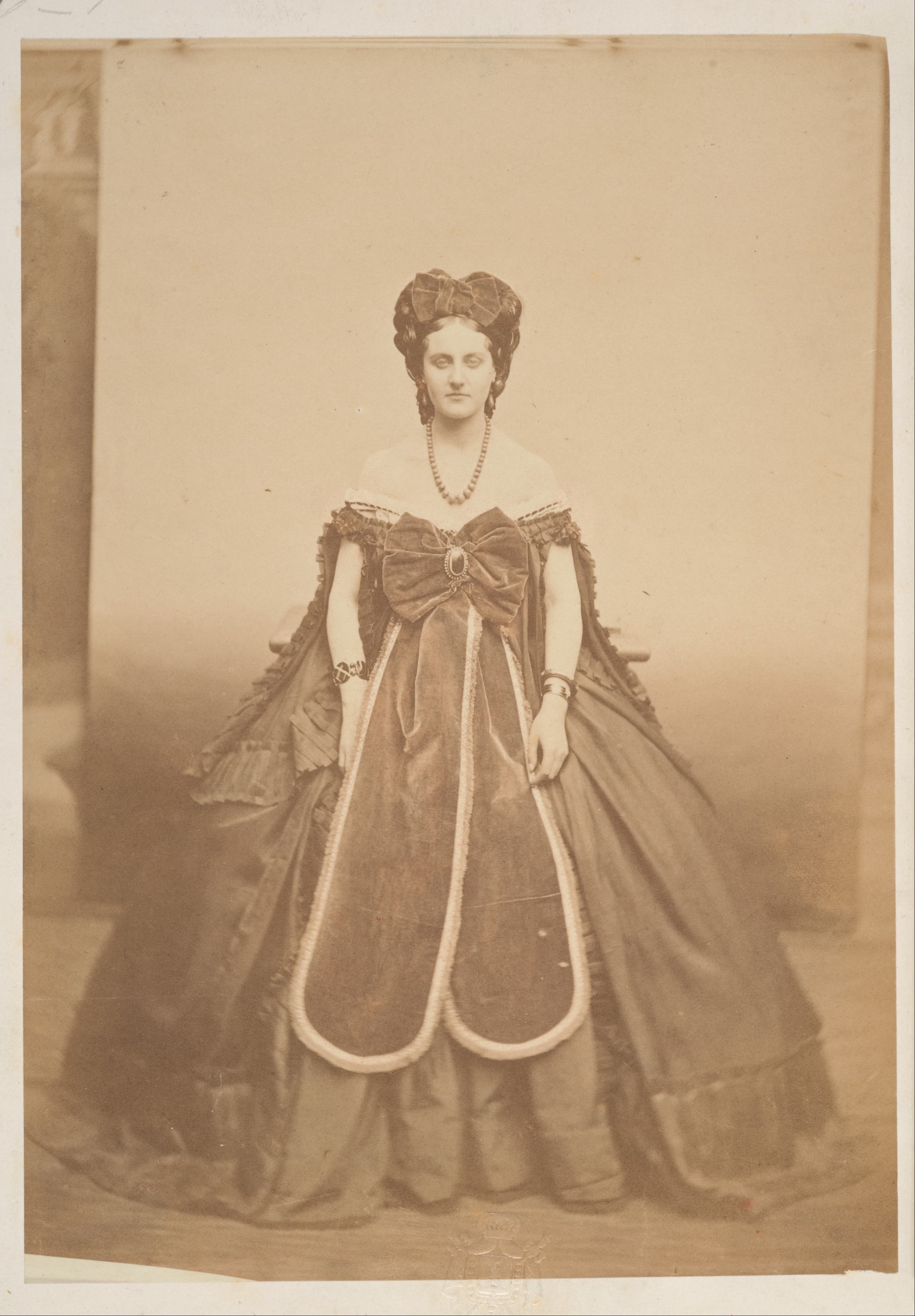 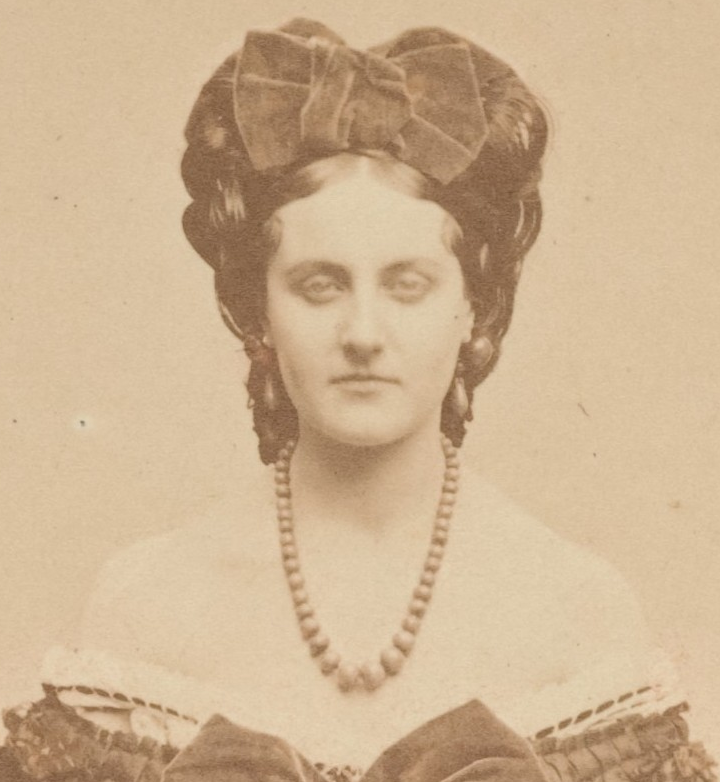 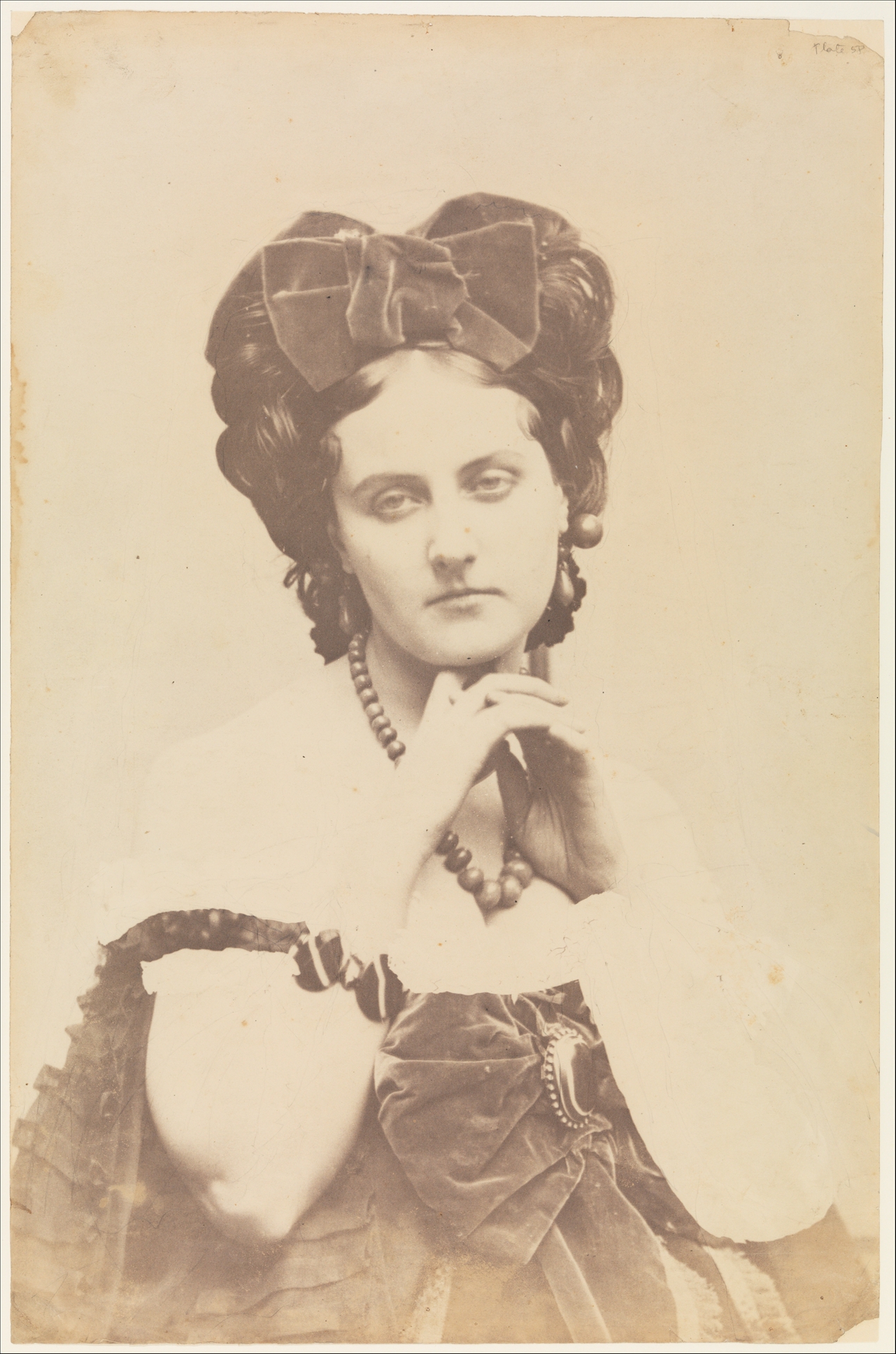 This enlargement, made from the same negative as 1975.548.122, was printed lightly in anticipation of the retoucher’s work. The part of the bow that concealed the left arm has been masked so that the arm could be painted over. This half-length version of the original photograph was printed in various formts including cartes-de-visite, all of which are known as La Dogaresse (“The Dog’s Wife”). They show an anchor-shaped brooch pinned to the bow in the countess’s hair, a reference to the Venetian coat of arms. 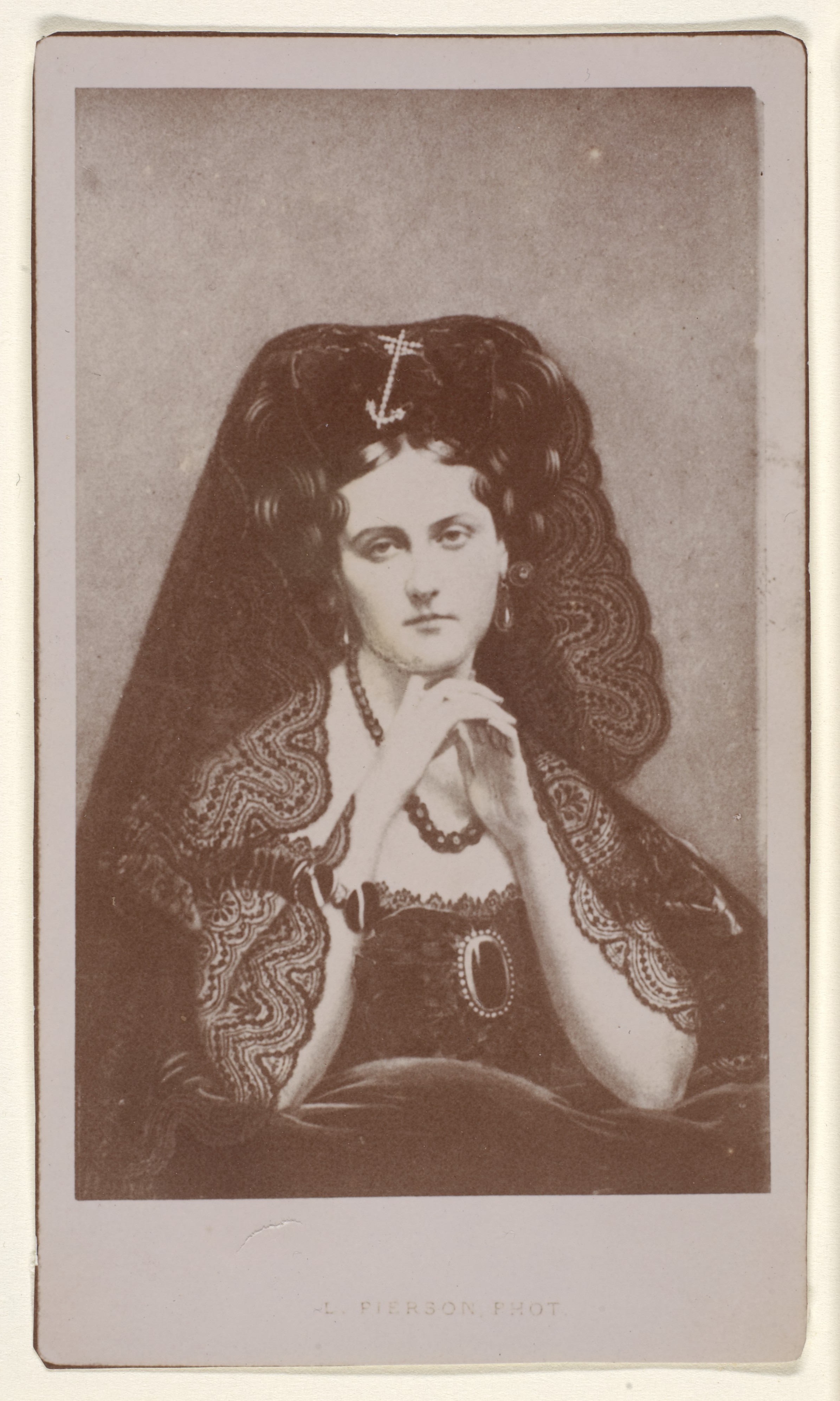